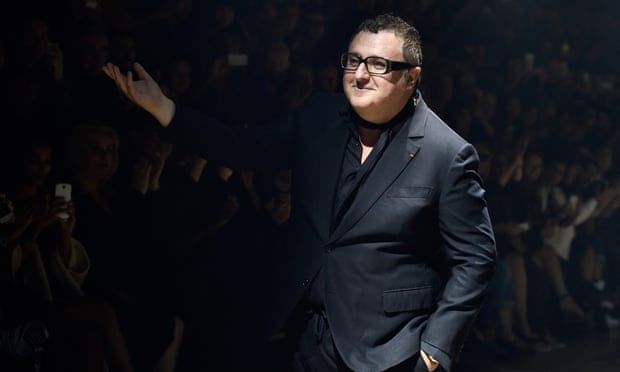 Elbaz, who began drawing dresses aged seven, worked at Guy Laroche and Yves Saint Laurent before joining Lanvin as creative director in 2001. Under his leadership, Elbaz transformed not only the label but also fashion’s relationship with Hollywood.

“The red carpet has gone from elitist to popular,” he said at the time. “Everyone has access to it, even if only on the internet or through magazines. Since fashion is an integral part of celebrities’ lives, it’s become a kind of permanent red carpet despite itself.”

In 2014, he left Lanvin in a shock departure. Despite collaborations with brands including Tod’s, Converse and Lancome, Elbaz was largely absent from the fashion industry for five years. Speaking about his hiatus, he told Wallpaper magazine: “I’ve had the time to observe and live a life not as a fashion designer but just as a human being.” 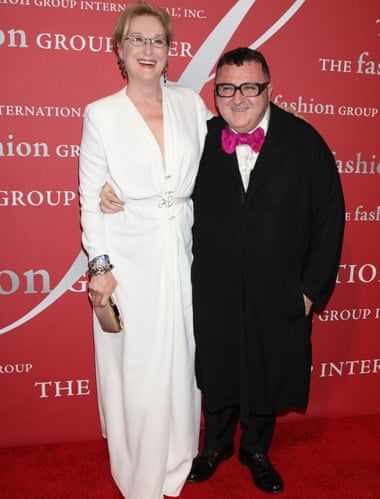 Meryl Streep and Alber Elbaz at the Fashion Group International Night of Stars gala in New York City in October 2015.

To the surprise of many, he announced the launch of his new label, AZ Fashion, in January 2021. The size-inclusive label made figure-flattering dresses and trainers, and drew the attention of many celebrity fans.

Speaking to the Guardian in 2009, Elbaz said size inclusivity was an issue that was close his heart. “I am overweight, so I am very, very aware of what to show and what not to show,” he said, “and I am sure there is a huge link with being an overweight designer and the work I do.” 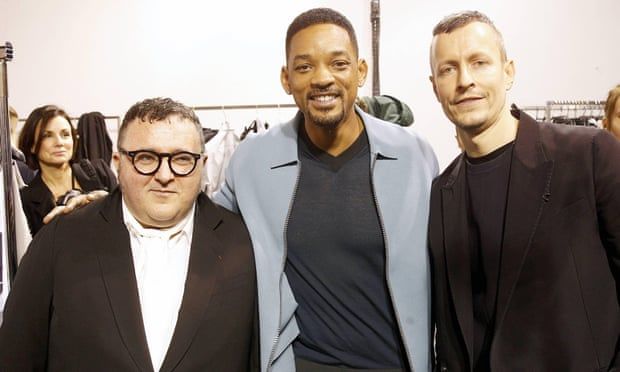 Elbaz with Will Smith and Lucas Ossendrijver at the Lanvin autumn/winter 2014 show in Paris.

AZ Factory was financially backed by Richemont and in a statement Richemont’s chairman, Johann Rupert, said: “His inclusive vision of fashion made women feel beautiful and comfortable by blending traditional craftsmanship with technology – highly innovative projects which sought to redefine the industry.”

Members of the fashion community have paid tribute to Elbaz. Dior’s Maria Grazia Chiuri wrote that he was the “first person who made me feel at home in the fashion industry”, Stella McCartney praised a man “like no other in the world” and model Erin O’Connor called him a “fine, kind creative gentleman”.

Kim Kardashian wrote: “Alber dressed me for my first Vogue cover and gifted me with the cover dress to hold on to that memory forever.” Sarah Jessica Parker posted a photo of the keepsakes she received from the designer, saying: “He always left little notes inside parcels … [he was] loved and brought joy to every occasion.”