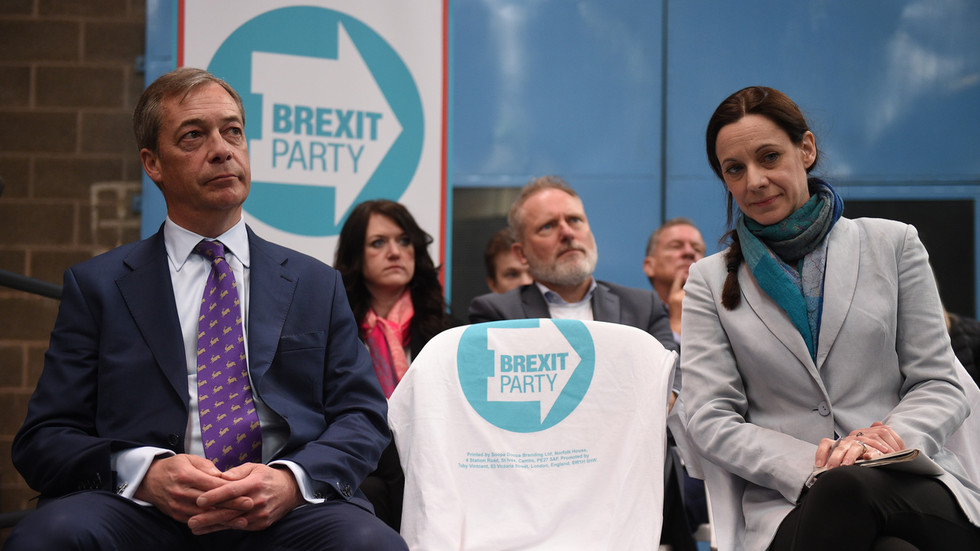 Brexit Party leader Nigel Farage has been dealt a hammer blow with just a week to go until polling day, after three of his MEPs, including Jacob Rees-Mogg’s sister, Annunziata, resigned to back the Tories in the general election.

Annunziata Rees-Mogg, salmon tycoon Lance Forman, and Yorkshire and Humber MEP Lucy Harris announced their resignations from Farage’s party on Thursday. They follow John Longworth MEP who was recently kicked out of the party for “repeatedly undermining” their election strategy.

Making the announcement on social media, the defectors explaining their decision insisted that if the Brexit Party competed in Labour-held constituencies against the Tories then they risk “splitting the ‘Leave’ vote and allowing a Corbyn coalition into government.”

Farage has hit out at his former colleagues, saying that he had been left “disappointed.” He claimed that they didn’t seem to understand his party were helping to hammer Labour in their “traditional heartlands” in northern England.

A Brexit Party spokesperson also took a swipe at the defectors, saying that they noted that “one of the MEPs is the sister of a cabinet minister [Jacob Rees-Mogg], another has a partner who works in the office of the same cabinet minister, and yet another is a personal friend of both Boris Johnson and Michael Gove.”

Farage announced in November that his party would not contest the 317 constituencies held by the Tories after previously stating that they intended to fight for every seat available. The move angered many of his own prospective candidates who were stood down, while others like Longworth wanted Farage to abandon the project altogether for the benefit of getting Brexit done.