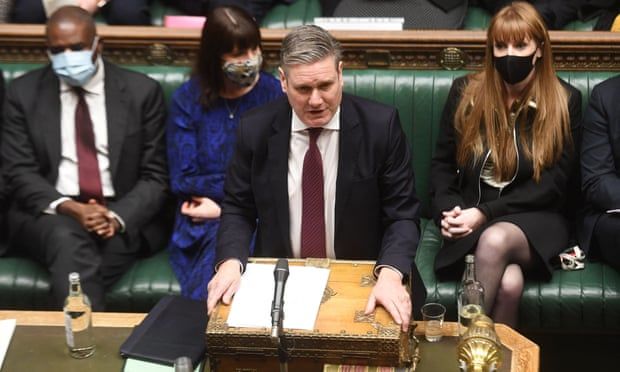 Johnson was roundly criticised, including by some Tory MPs, after he made the accusation during an ill-tempered exchange in the Commons last Monday.

His accusation led to renewed calls for him to resign, prompted chancellor Rishi Sunak to publicly rebuke the prime minister and saw one of his closest aides, Munira Mirza, quit over her boss’s “scurrilous accusation” and subsequent failure to apologise.

An Observer investigation can now reveal how Johnson’s comments have since been seized upon by notorious far-right groups including the Pie and Mash Squad, a network of football hooligans linked to the anti-Muslim English Defence League and violent Casuals United, as well as a white nationalist organisation called the Traditional Britain Group. 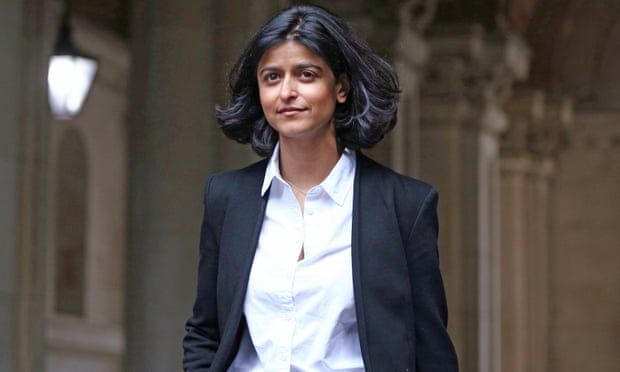 Munira Mirza, one of the PM’s closest aides, quit over Johnson’s Savile slur.

The Savile accusation has long been touted among far-right groups, including the anti-immigrant neo-fascist Proud Boys, labelled a terrorist entity by Canada following its “pivotal role” in the US Capitol attack last year.

Other infamous far-right figures to have endorsed the allegation that Starmer failed to prosecute Savile when he was director of public prosecutions include EDL founder Tommy Robinson.

A statement from Tech Against Terrorism, an initiative launched by the UN counter-terrorism executive directorate, said the prime minister’s willingness to repeat discredited far-right tropes was disquieting. “We are gravely concerned by this recent example of extremist ideology manifesting in mainstream British politics,” it read.

Meanwhile the Centre for Countering Digital Hate (CCDH), an international group that seeks to disrupt online hate, said the episode was a striking instance of how social media amplified information that was probably untrue.

Imran Ahmed, chief executive of CCDH, said: “It’s a very good example of disinformation that has benefitted from the specific amplifying dynamic of social media.”

Johnson’s repeating of the Savile slur was celebrated instantly by the extreme right, with CCDH recording that posts on rightwing channels on the messaging app Telegram had attracted 42,521 views in the two days after Johnson made the remark.

The prime minister’s comments also induced threats of violence with one account, whose avatar is a confederate flag, posting “hang the lot of them” in reference to Labour politicians on alt-tech platform Brand New Tube, while an anonymous poster on the 4Chan bulletin board suggested Starmer “should kill himself”. 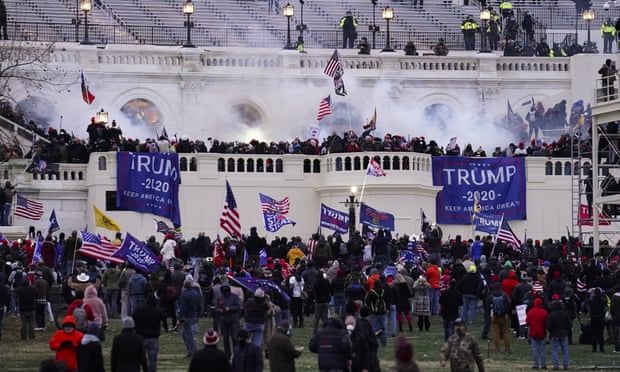 Trump supporters storm the Capitol in January last year. Neo-fascist group Proud Boys, who are believed to have played a pivotal role, have long touted the false Savile accusation.

On Telegram, the Traditional Britain Group account, whose members have previously called for black people to return to their “natural homelands”, bemoaned the “synthetic outrage” around Johnson’s Savile comments.

Neo-Nazi Mark Collett, who once suggested Hitler’s Mein Kampf as one of three books people should read and has attended combat training with former members of the proscribed terrorist organisation National Action, posted about the “establishment” and “paedophilia”, a longstanding far-right obsession.

Another notorious figure to seize on Johnson’s comments was Mark Steele, a British conspiracy theorist with more than 20,000 Telegram channel subscribers, who posted: “Johnson ousts Keir the knight of the realm who blocked the police investigation against the knight Savile for his disgusting sex offences”.

Claims that Starmer failed to prosecute Savile have been shared on far-right Telegram channels as well as Facebook for years. In January 2021 it was also propagated by Official Proud Boys Britannia, who described Starmer as a “paedophile/serial killer protector”.

The group is affiliated to the US white nationalist misogynistic group and its Canadian wing that was last year named by Ottawa as a terrorist entity.

Before the prime minister’s Savile comments, CCDH said it had monitored a spike in the claim last month.

One reason is believed to be the US anti-vaccine conspiracist Sherri Tenpenny, who has 159,000 Telegram subscribers and reposted a message in January claiming that Starmer “decided there was ‘insufficient evidence’ to charge Saville”. That message had been viewed more than 220,000 times by the time Johnson repeated the slur.