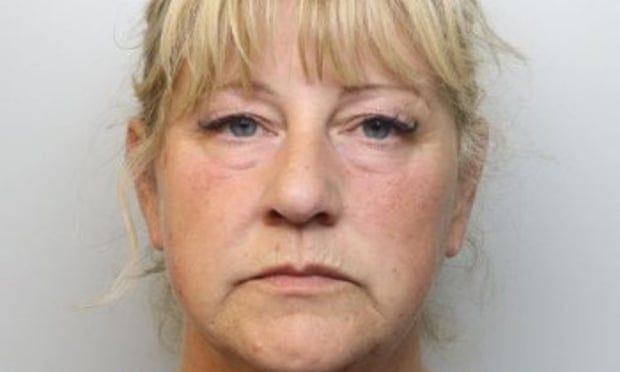 Rachel Beale, 53, who admitted misconduct in public office, was a manager in sexual offenders unit
A female police worker has been jailed for having an affair with a convicted rapist she was supposed to be supervising.

Rachel Beale, 53, was an offender manager within Wiltshire police’s management of sexual and violent offenders unit.

The relationship she struck up with the male convicted rapist led her to be charged with misconduct in public office. On Wednesday, she was sentenced to six months’ imprisonment by Bristol crown court, having pleaded guilty to the offence in January.

The case was investigated by the Independent Office for Police Conduct (IOPC). It said Beale, from Oxfordshire, also abused her position during Covid lockdown restrictions, making hotel bookings that were not anything to do with her work.

Beale’s offending and misconduct took place between February and September 2020.

She has already resigned from Wiltshire police and a disciplinary hearing concluded she would have been sacked if she had not. She has been banned from working in policing.

Philip Wilkinson, the police and crime commissioner for Wiltshire, said: “Rachel Beale betrayed public trust when she began an inappropriate, intimate, relationship with a male offender she was responsible for supervising after his release from prison.

“This will inevitably damage public confidence in policing and both the chief constable and I will eradicate any trace of corruption and misconduct within Wiltshire police.

“We are both absolutely determined to ensure that public trust does not reach a place where it is irreparably broken.”

IOPC regional director, Derrick Campbell, said: “Following our investigation, Rachel Beale admitted that she entered into an intimate relationship over a period of time with a man she was meant to be supervising professionally.

“Despite knowing there was an imbalance of power she pursued the relationship. She also admitted misusing her police identification to book hotel rooms while Covid restrictions were in place and without policing purpose and treating him more favourably than others she was managing.

“She abused her position and has now been sentenced by a criminal court for her actions, which carried significant potential to undermine public confidence in Wiltshire police. The public should be reassured that she can no longer hold a role in policing.”

It follows several cases where officers have abused their position, with more expected in court. Beale’s case was unusual, with the crime being committed by a woman.

Paul Mills, deputy chief constable of Wiltshire, added: “I want our communities across Swindon and Wiltshire to have the utmost confidence in their police force, and, although cases like this highlight the disappointing and unacceptable minority, I hope the public can see that we are committed to rooting out any kind of misconduct and taking the appropriate action.”
#Covid
Add Comment