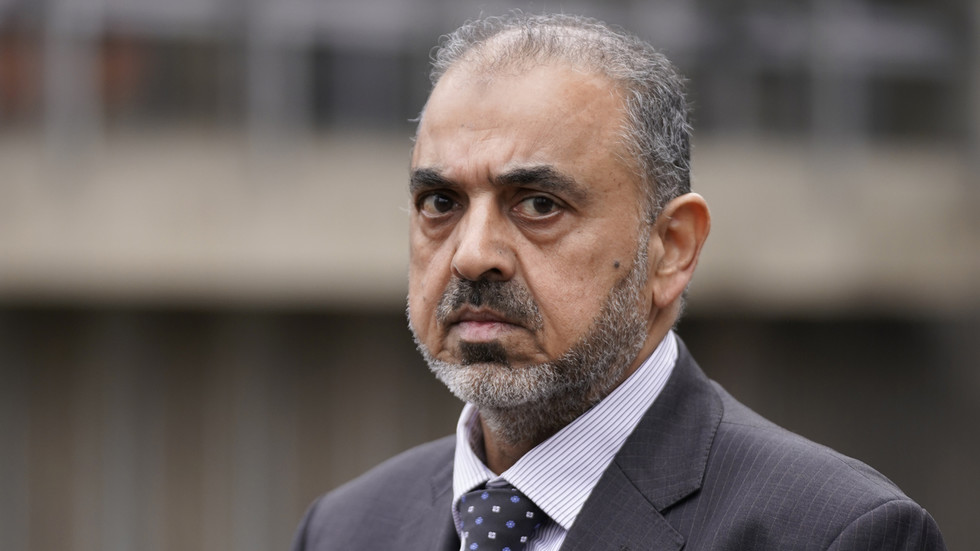 Former Labour politician Nazir Ahmed has been convicted of offenses committed almost 50 years ago
A court in the UK has found Nazir Ahmed guilty of the serious sexual assault of a boy and the attempted rape of a girl, both aged under 13, in offenses dating back to the 1970s.

The Pakistan-born politician was a teenager himself at the time of the offenses, Sheffield Crown Court heard. The prosecutor said that, while Ahmed had claimed all along that the allegations were a “malicious fiction,” a phone recording of a conversation between his two victims back in 2016 proved beyond reasonable doubt that the story had not been “made up or concocted.”

A woman who was party to that conversation recounted before the jury how Ahmed had attempted to rape her in the early 1970s.

The head of the Special Crime Division of the Crown Prosecution Service (CPS), Rosemary Ainslie, praised the guilty verdict as proof that “where there is sufficient evidence, even in challenging cases, the CPS will bring a prosecution, put evidence before a jury and see rightful convictions,” and even when, as in this case, the defendant had held a “position of power, influence and responsibility for some time in the House of Lords.”

Ahmed’s two brothers, Mohammed Farouq and Mohammed Tariq, were charged with the indecent assault of the same boy whom Ahmed had also abused, but deemed unfit to stand trial. The politician was bailed pending a sentencing hearing to be held on February 4.

Ahmed is no stranger to allegations of sexual misconduct. He was forced to resign from the House of Lords in November 2020, following a conduct committee report that accused him of sexually and emotionally exploiting a vulnerable woman who had sought his assistance.

Ahmed has the dubious distinction of being the first peer recommended for expulsion. He stepped down of his own accord, however, before his colleagues could remove him from his post. The scandal that led to his downfall at the time was brought to public attention by an investigation carried out by the BBC program ‘Newsnight’.
Add Comment