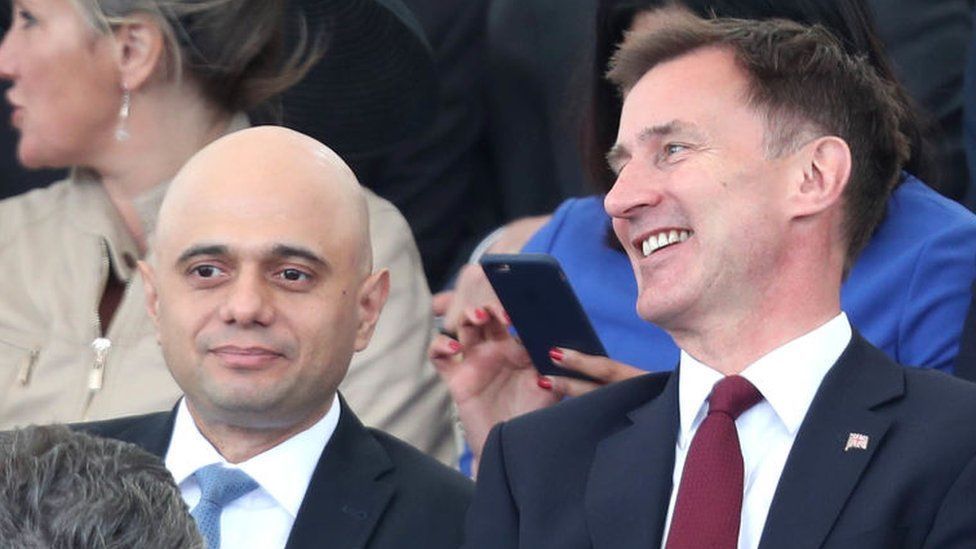 Both have declared their plans to run for Conservative Party leader in the Sunday Telegraph.

The pair are calling for tax cuts - with Mr Javid looking to scrap an increase in National Insurance, while Mr Hunt wants to help businesses.

Allies of Foreign Secretary Liz Truss have said she would also throw her hat in the ring to replace the prime minister with a pledge to reverse Mr Sunak's health tax levy, according to the Mail on Sunday.

Earlier, Defence Secretary Ben Wallace confirmed he would not run.

In an apparent criticism of Mr Sunak, Mr Javid told the Sunday Telegraph he was not sure if he would have introduced the rise in National Insurance.

But the 52-year-old said he had been "focused" on his own job while in government was "not trying to do other people's jobs for them".

Mr Javid also said he would cut corporation tax - which levied on business profits - by 1p per year to reach 15p down from 19p currently. This would be a reversal of current plans to raise the rate to 25p from April next year.

He also said he would implement an additional temporary cut in fuel duty as part of measures to help ease the cost of living crisis.

Mr Javid said: "Whether it's the cost of living or it's low levels of growth, for me, that's our most immediate challenge... You need someone with an economic plan from day one."

In a separate interview with the paper, Mr Hunt, 55, said he had plans to scrap business rates for the most deprived parts of the country for five years.

He also revealed plans to slash corporation tax to 15%, the lowest level allowed under a recent agreement of the G20 - the body representing the the world's major economies.

Another cornerstone of his his pitch was as a figure to "restore trust" of voters in the Conservative Party, arguing he was the "only major candidate who has not served in Boris Johnson's government".

"I called out what was going wrong long before any of the other major contenders and I have not been defending the indefensible," he told the paper. 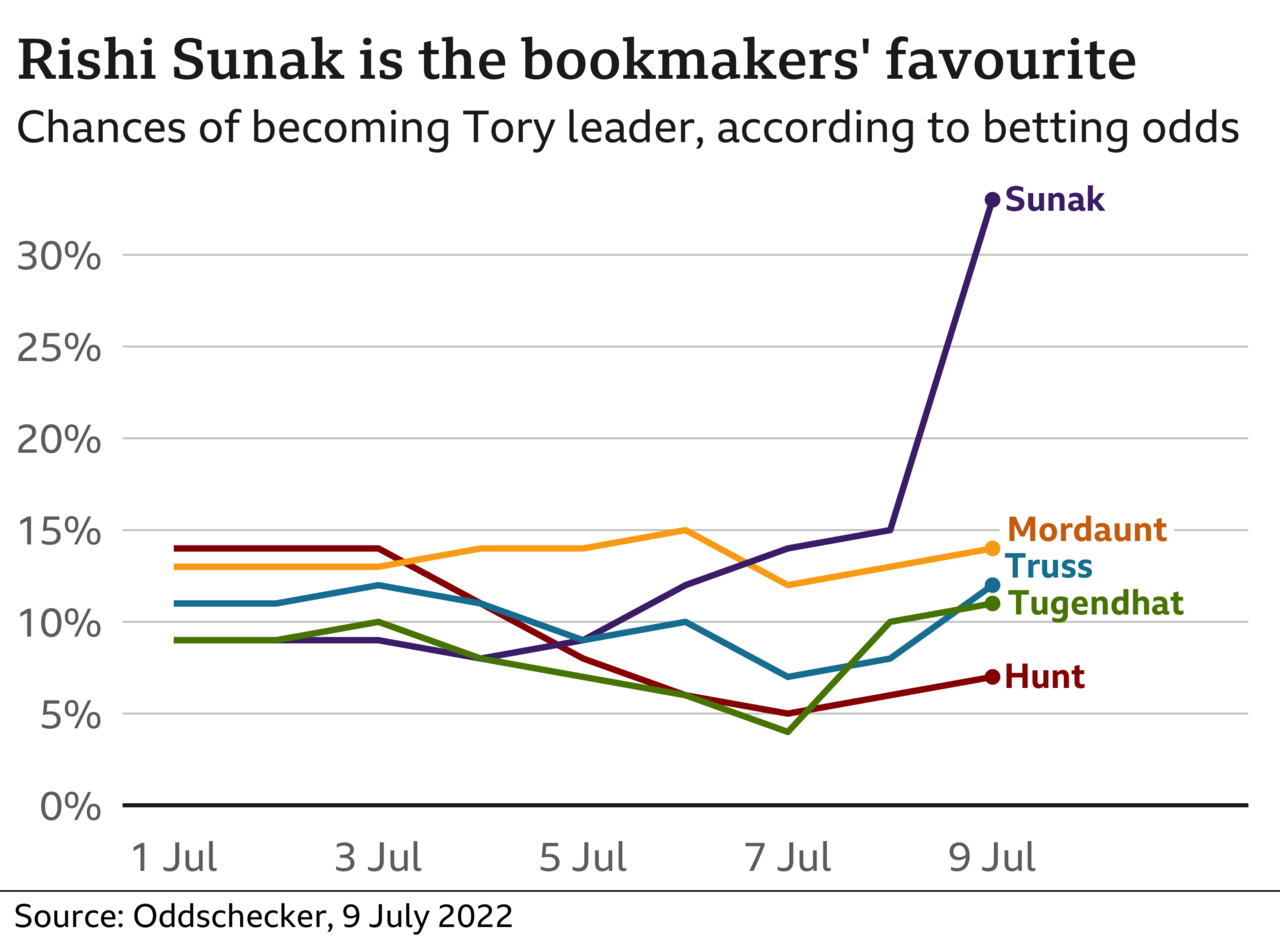 Mr Hunt served as health secretary under prime ministers David Cameron and Theresa May between 2012 and 2018, moving on to become foreign secretary for a year in 2018 and 2019.

Mr Javid was health secretary in Boris Johnson's government from June 2021 until last week, when he resigned over the PM's handling of the handling of the Chris Pincher and Partygate scandals - minutes before Mr Sunak.

He also served as chancellor under Mr Johnson between July 2019 and February 2020, when he quit the cabinet of planned reforms to the operations of the Treasury and Downing Street.

Earlier, Mr Shapps launched his own leadership bid by pledging to cut personal tax for the poorest people and give state support to businesses with high levels of energy consumption - and ruling out an early general election.

Mr Zahawi - who was education secretary before being appointed chancellor last Wednesday after Mr Sunak's resignation - said he planned to "steady the ship and to stabilise the economy".

He also said he will lower taxes, boost defence spending, and continue with the education reforms he had devised. 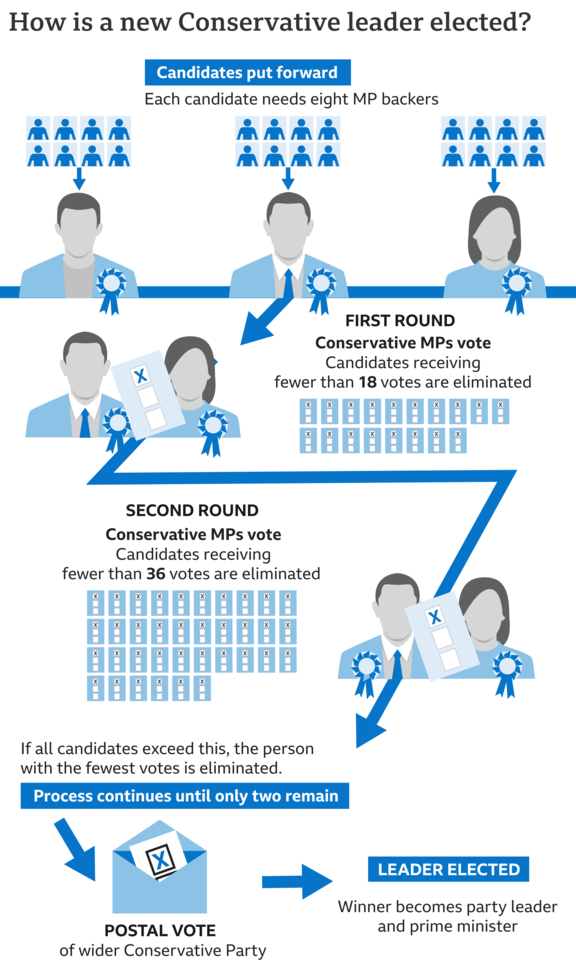