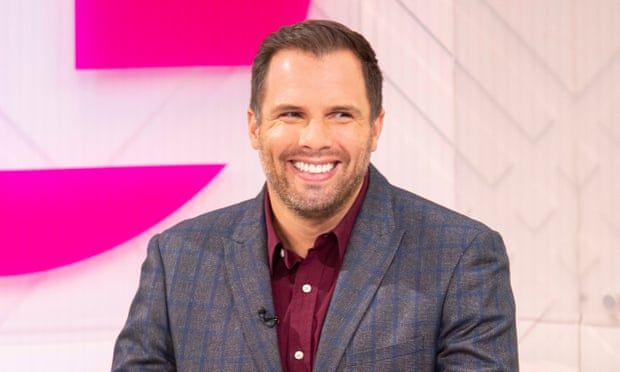 Ex-fiance of Caroline Flack jailed for harassment of Dan Wootton

Judge also imposes restraining order on Andrew Brady, who had blamed the journalist for Flack’s death
The former fiance of the late television presenter Caroline Flack has been jailed for a campaign of harassment against the journalist Dan Wootton.

The judge, Jeremy Richardson QC, said Andrew Brady’s claims that the former executive editor of the Sun newspaper was in some way responsible for Flack’s death were “wholly irrational”.

Brady, 31, from Sheffield, was jailed for four months after admitting harassment at a hearing this week.

Richardson told Brady at Sheffield crown court that his social media attacks on Wootton, a MailOnline columnist and GB News presenter, had “everything to do with your craving for celebrity status and your irritation that the press were not in the least interested in your somewhat uninteresting life”.
“This must

He said Wootton was a friend of the Love Island presenter, who died in February 2020, aged 40.

Richardson noted that, given the time the defendant had served on remand, he would be released in the “very near future”.

He imposed a 10-year restraining order banning Brady from contacting Wootton, posting anything about him online or going within 200 yards of his home or workplace.

Describing some of the social media posts and messages about Wootton as “utterly outrageous”, Richardson warned Brady he faced a prison sentence measured in years if he breached the order.

Last August, an inquest ruled that Flack killed herself after learning she would be prosecuted for allegedly assaulting her boyfriend, Lewis Burton, after a long struggle with “fluctuating mental health” that was exacerbated by the stress of fame.
Add Comment