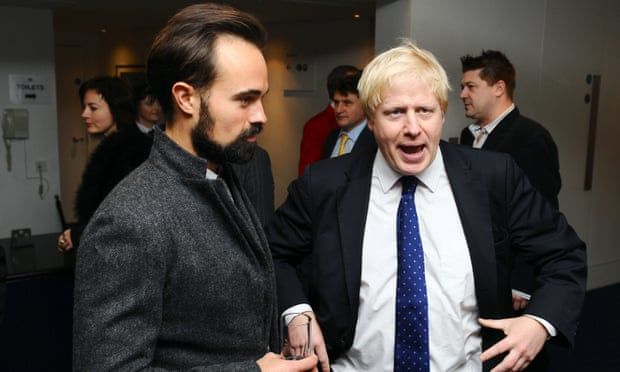 The Evening Standard owner, Evgeny Lebedev, sought to organise a private weekend trip in Russia in June 2014 for Boris Johnson when he was London mayor, according to emails newly disclosed under freedom of information laws.

The unusual excursion, at one point discussed over dinner in Moscow by Johnson’s then chief of staff, Edward Lister, and Evgeny’s father, Alexander, would have been tacked on to the end of an official visit to Moscow and St Petersburg.

Ultimately, the proposed trip, with its two-day “personal leg”, did not go ahead. But emails sent the previous autumn show there was enthusiasm on both sides for a holiday that sheds fresh light on the relationship between Johnson, Evgeny Lebedev and his father, a former colonel in the KGB.

Evgeny Lebedev’s chief of staff wrote directly to Lister on 7 August 2013 to begin outlining a trip by Johnson to Russia in June the following year. The email makes clear the two had already discussed the idea.

“He is very happy to agree to a June date for the proposed visit to Russia,” the aide wrote. “In terms of the personal leg of the trip, he [Evgeny] was keen this happened at the tail end – ie the weekend following the ‘formal’ business.”
An email from Lister on 16 September indicated plans were developing: “Boris has it in his diary for the 23 June for a week and I have told him that the end of the week and weekend will be private with Evgeny (I hope that’s right) so we need to build a programme around the rest?” 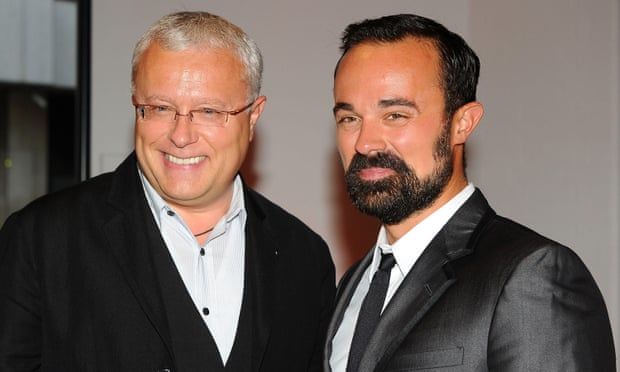 Alexander and Evgeny Lebedev in London in 2012.

It is not clear from the correspondence why the trip did not go ahead as discussed, but it appears to have become politically impossible after Russia’s invasion of the Ukrainian province of Crimea in spring 2014.

An article in the Evening Standard in March 2014 reported that Johnson had been invited by his mayoral counterpart in Moscow for a “short trade and cultural trip in early October” – but said it could be cancelled after “events in Ukraine”.

Johnson has known Evgeny Lebedev for well over a decade, a relationship marked by the senior politician’s regular attendance at parties hosted by the Evening Standard proprietor in London and Italy. When Johnson was foreign secretary, he visited the proprietor’s Italian palazzo without security for a weekend party in April 2018 – and while he was prime minister handed his friend a peerage.

But a trip to Russia, even before the Crimea crisis, would probably have been different. Western intelligence officials say that Russian spy agencies take an intense interest in visiting western politicians, using their trips as an opportunity to create or develop psychological profiles of key figures.

Kremlin papers from early 2016 seen by the Guardian suggested that, from a Russian perspective, a “mentally unstable” Donald Trump would be the best candidate to win that year’s presidential race. They refer to information obtained from Trump’s earlier “non-official visits to Russian Federation territory”.

Earlier this month, Johnson acknowledged he had met Alexander Lebedev at the family palazzo at the 2018 party – but he told MPs this week that the meeting was not pre-arranged and insisted that “as far as I am aware, no government business was discussed”.

The cache of emails also shows that Lister sought a meeting with Alexander Lebedev in Moscow in December 2013, when he was due to attend the Moscow Urban Forum. An aide of Lister’s inquires “about whether there is potential for a meeting, lunch or dinner with Mr A Lebedev” during his trip.

It was agreed the two would meet on 5 December at Bistrot, a stylish Italian-themed restaurant, where the idea of a visit by Johnson was discussed. Lebedev paid for the meal; a gift, the emails indicate, that was worth £100 to Lister.

“As we discussed, the mayor is keen to visit Moscow if his diary allows,” Lister wrote in a subsequent thank you letter, which also suggests the plans had become more fluid. Johnson’s aide promised to get back in touch when “we have a firmer idea of when he may be able to travel to Russia”.

Len Duvall, a Labour member of the London Assembly, who helped uncover the correspondence, said the emails “raise questions about some of the international business and investment links that were forged under Boris Johnson’s mayoralty”.

Given recent reporting about Johnson’s links to the Lebedevs, it was “firmly in the public interest” to look back at his record running the city, he added.