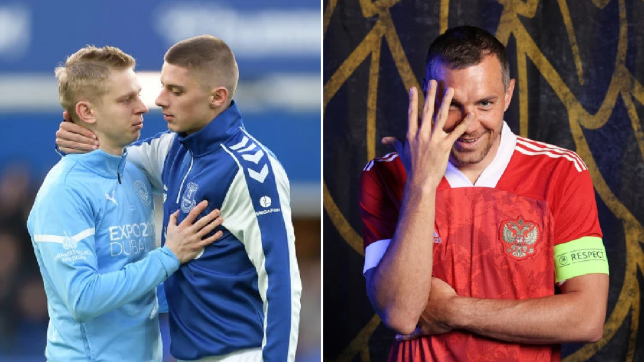 Everton defender Vitaliy Mykolenko has hit out at Russia captain Artem Dzyuba and the entire national team for staying silent on Vladimir Putin’s invasion of Ukraine.

Putin launched a military invasion of neighbouring Ukraine last Thursday but has been met with fierce resistance, prompting the Russian President to launch an indiscriminate bombing campaign of the country’s two largest cities – Kyiv and Kharkiv.

Ukrainian authorities are reporting 352 civilian deaths since the invasion started, including 14 children, while a 40-mile-long Russian convoy has been pictured heading to Kyiv. 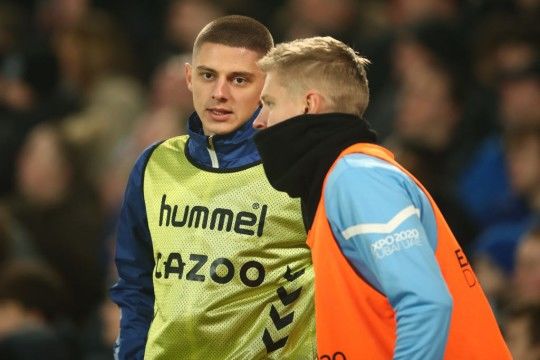 Only a handful of Russian sports stars have spoken out against the war – though none have directly condemned Putin – with tennis player Andrey Rublev writing ‘No War Please’ on a camera lens at the Dubai Tennis Championship and footballer Fedor Smolov posting a black square on Instagram along with the message ‘No War’.

None of Smolov’s teammates echoed his message, however, while other Russian sports stars such as heavyweight boxer Alexander Povetkin backed the decision to invade Ukraine citing Putin’s false claim of ‘Nazism’.

Now Mykolenko, who looked visibly emotional during Everton’s clash with Manchester City on Saturday as both clubs showed their support for Ukraine, has spoken out against his Russian counterparts.

In a post on Instagram, the 22-year-old left-back hit out at Dzyuba in particular – who is the captain of the Russian national team – as well as his ‘s***head teammates’ for not taking a stance against the invasion of Ukraine.

‘Whilst you remain a silent b**** along with your s***head football teammates, peaceful civilians are being killed in Ukraine,’ Mykolenko wrote on Tuesday.

‘You will be locked in a prison for the rest of your life and most importantly the lives of your kids. And I’m glad.’ 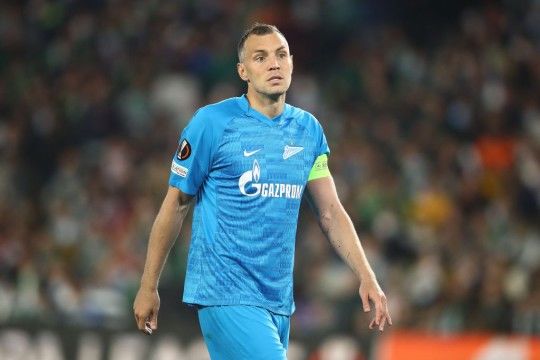 Mykolenko hit out at Dzyuba and the Russian national team

Russia were due to play a World Cup qualification play-off match against Poland later this month but were belatedly kicked out of the competition by FIFA.

Mykolenko is not the only Ukrainian sportsman to have used his platform to condemn the actions of Putin, with international teammate Oleksandr Zinchenko uploading a picture of the Russian President to Instagram last week with the caption: ‘I hope you die the most painful suffering death, creature.’

Meanwhile, former Ukrainian heavyweight champions Vitaly and Wladimir Klitschko are both fighting against the Russian invasion and current boxing stars Vasily Lomachenko and Oleksandr Usyk have also taken up arms.