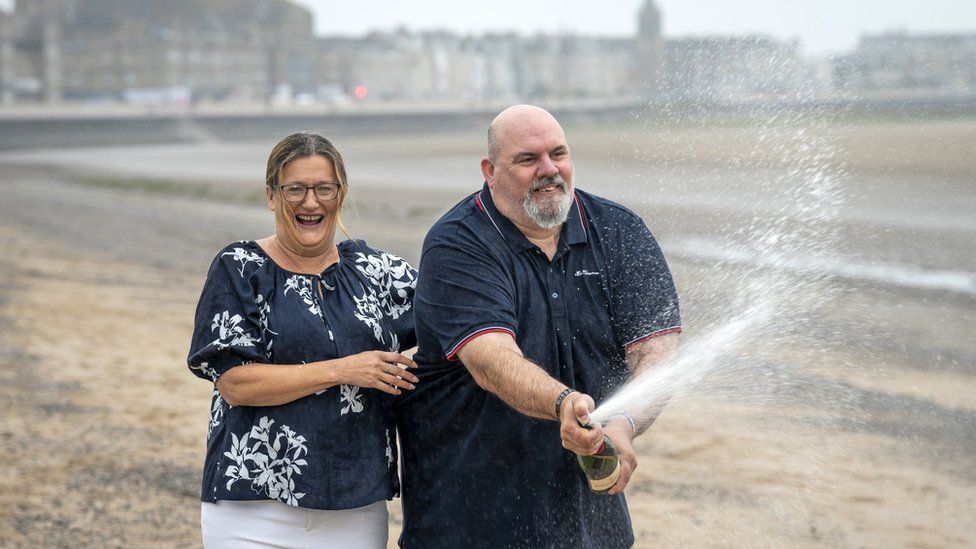 A lorry driver and his wife who won £3.6m on the lottery said their first purchase was a £17 backscratcher.

Lee Kuchczynski, 52, a HGV driver from Kendal, was at work when wife Helen, 58, rang to tell him they had won on the EuroMillions draw on 12 July.

Asked about his first purchase, he said: "I bought a new backscratcher because I snapped my other so I bought one worth £17 instead of £8."

Since then the couple have also splashed out on a new home and a car.

Helen said she was at home with their 21-year-old daughter when she got an email to tell her of the win, but initially she thought the message might have been a scam.

But after calling the National Lottery to check, she passed on the good news to her husband.

Mr Kuchczynski said: "She goes 'are you sat down?'.

"Well, obviously, I'm driving, so I pulled into a layby and she says 'we've won the lottery'."

After passing on the news, Mrs Kuchczynski, a financial administrator for a charity, still logged on to her laptop and started work.

She said: "I needed to do the girls' wages and I had to do that, so I just had to blank out what was going on and get on with it." 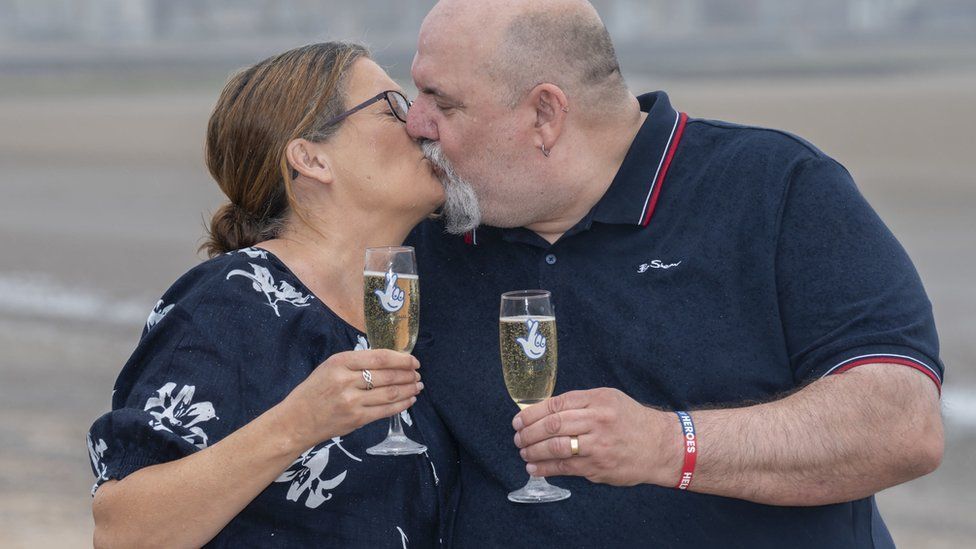 The couple said they hoped the win would not change them

The couple, who put weekly lucky dips on the EuroMillions, matched five numbers and one lucky star to win £3,665,079.10.

Mr Kuchczynski said: "Hopefully as people we won't change, but we can just look after ourselves and look after the people we love."

On Thursday the couple, who have been married for 24 years, celebrated Mrs Kuchczynski's birthday by buying a new house and an Audi RS4 Avant car.

They said they never believed they would become homeowners after renting all their lives, and could not wait to move.

Mrs Kuchczynski said she was planning a shopping spree but would still be on the hunt for bargains.

Her husband said: "I might drag her out of Matalan and we'll go to Marks & Spencer."

News of the Kuchczynskis' win comes after a UK ticket-holder this week claimed a record EuroMillions jackpot of £195 million.