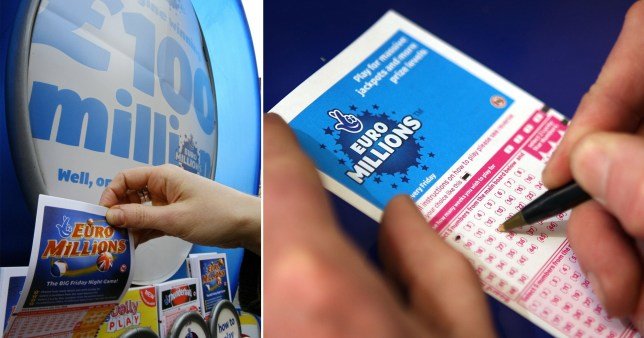 EuroMillions bosses are ‘desperate’ to track down a mystery £1.8 million winner who is yet to claim their money.

Players have been urged to double-check their tickets after one purchased in West Lothian, Scotland was found to be worth £1,886,380.

The ticket matched the five main numbers and one lucky star number in the December 11 draw.

Camelot’s Andy Carter, a senior winners’ advisor at The National Lottery, said: ‘We’re desperate to find this mystery ticket holder and unite them with their winnings, this amazing prize could really make a massive difference to somebody’s life, and what a way to start the new year it would be.

‘We’re urging everyone who bought a ticket in this area to check their old EuroMillions tickets again or look anywhere a missing ticket could be hiding.’

The ticket holder still has more than five months to come forward, with the final deadline on June 9 2021.

The ticket is one of five in the UK which won £1.8 million by matching the five main numbers and one lucky star number.

Anyone not in possession of their ticket – for whatever reason – but who believes they have a genuine claim to the £1.8 million can still contact Camelot but it must be within 30 days of the draw.

If no-one comes forward with the winning ticket before the deadline, then the prize money, plus all the interest it has generated, will go to help National Lottery-funded projects across the UK.