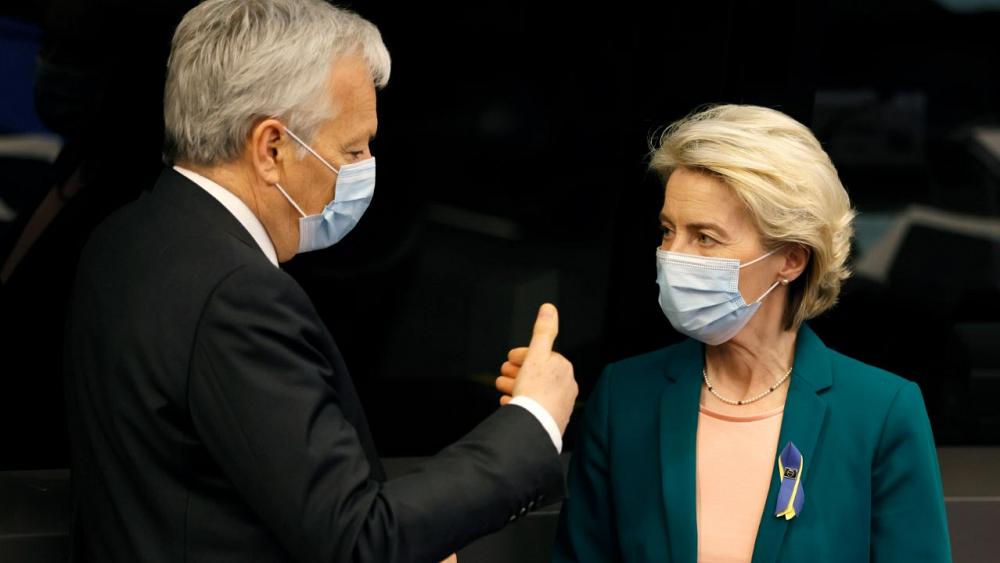 Hungary's Justice Minister had urged the bloc not to create division amid the war in Ukraine.
The European Union has said it is determined to uphold the rule of law principle in a dispute with Hungarian Prime Minister Viktor Orban.

Hungarian Justice Minister Judit Varga had earlier said that Orban's "overwhelming" victory proved that voters, "do not share the EU's concerns" about the rule of law.

Varga had also urged the EU not to "create divisions" amid Russia's invasion of Ukraine.

But the EU Commissioner reiterated that Brussels would support Hungarian minorities even if a democratically-elected government "acts against our values".

"The rule of law also means limiting the possibility for the authorities of a Member State, even if supported by a large majority in Parliament [and] a large majority among the population," Reynders said.

The European Commission launched infringement proceedings against Budapest last July over a controversial law that bans the discussion of "gender reassignment and homosexuality" among children.

Brussels has also expressed concern over the independence of the judiciary and media freedoms in Hungary.

Commission President Ursula von der Leyen announced earlier this month that EU funds to Hungary could be suspended due to rule of law violations.

On Tuesday, Hungary's justice minister said the EU should avoid dividing itself on the rule of law while war rages on its doorstep.

"In these very difficult times we must show solidarity," Varga told reporters before a meeting in Luxembourg.

"We should focus on the issues that unite us rather than on those that create divisions," she added.

"[Hungary] is always open to any kind of European dialogue in the spirit of mutual respect and without partisan approaches".

Following his electoral victory on 3 April, Orbán stated that he wants to put an end to the EU split over Russia’s invasion of Ukraine.

Hungary, alone among Ukraine’s EU neighbours, has refused to supply the embattled country with weapons and has not allowed their transfer across the Hungarian-Ukrainian border.

Orbán — who has condemned Russia’s actions in Ukraine but avoided mentioning Putin by name — has also lobbied strongly against spreading EU sanctions against Moscow to Russian energy imports, on which Hungary is heavily reliant.

His stance has led to strong criticism from the EU, including from a strong ally in Poland.

Jaroslaw Kaczyński -- the leader of Poland's ruling conservative party -- surprised journalists by stating that Orbán's attitude toward the war in Ukraine was “very sad” and a “disappointment.”

In an address to EU leaders at the end of March, Zelenskyy told Orbán that “you must decide for yourself who you are with.”
#Viktor Orban
Add Comment