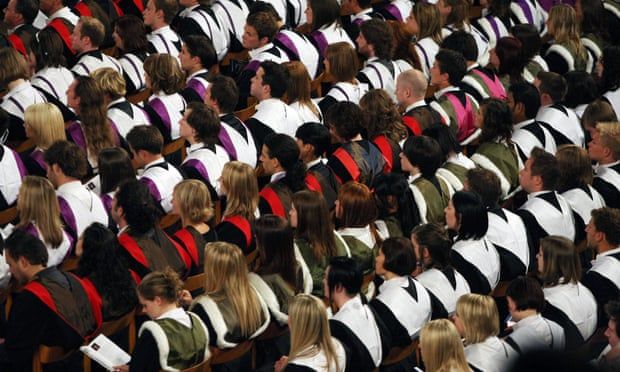 Office for Students will publish new guidance requiring robust reporting procedures
Universities in England will be asked to step up their efforts to tackle sexual harassment and violence on campus or face sanctions, amid accusations that they have ignored repeated warnings to tackle rape culture.

The higher education regulator, the Office for Students, will publish new guidance next week asking institutions to take responsibility for protecting their students with “robust” reporting procedures and increased mental health support, as well as bystander and consent training for staff and students.

In a statement, the OfS said: “We could use our enforcement powers where universities and colleges do not have robust, fair and effective complaints procedures in relation to harassment and sexual misconduct.”

Whitehall sources said that Gavin Williamson, the education secretary, is backing the OfS’s move, and that he is concerned that sexual abuse should “not be swept under the carpet”.

The guidance, which has been in development since last year, follows the publication of data shedding light on the scale of sexual misconduct at universities by the campaign website Everyone’s Invited, which was set up to expose sexism and violence against women in educational institutions.

Within a week, more than 1,000 testimonies of sexual harassment, abuse, misogyny and assault were shared by students at more than 80 UK universities. Seventeen UK universities – including 15 in the Russell Group of research-intensive institutions – have more than five mentions, while 12 universities garnered more than 30 disclosures.

The initial focus of Everyone’s Invited was on schools, prompting the government to announce a review of sexual abuse in schools by Ofsted in early April.

As universities are independent organisations, the Department for Education is unable to intervene directly beyond the regulatory guidance, which asks that they make a “visible commitment” to tackling sexual misconduct.

Campaigners in universities have argued that leaders have long been aware of an epidemic of sexual harassment on campus, which has left them exposed to reputational damage and lawsuits. Support for students is patchy while reporting procedures vary by institution, they said.

In 2010, a National Union of Students report, Hidden Marks, found that 68% of students had experienced verbal or physical sexual harassment. A recent Guardian investigation uncovered more than 160 accounts of staff-to-student sexual harassment, while, in 2016, Universities UK’s Changing the Culture report told institutions to embed a zero-tolerance attitude to sexual violence into their policies and create better reporting systems.
Add Comment