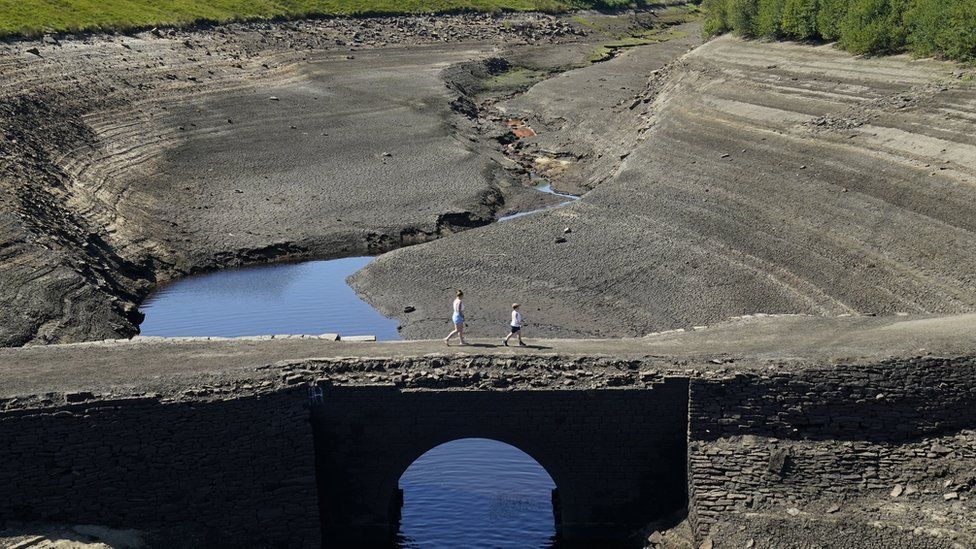 "We have got to rethink... and that means everyone, not just regulators and government," said Harvey Bradshaw, chairman of the National Drought Group.

He is also executive director of the Environment Agency, which has warned the drought could last into next year.

A Met Office warning of extreme heat is continuing into Sunday.

The amber alert covers southern and central England and parts of Wales.

Rain is forecast for Monday but the agency says weeks of showers are needed to replenish water sources.

An official drought was declared in eight areas of England on Friday by the National Drought Group, which comprises representatives from the government, water companies, the Environment Agency and others.

John Curtin, executive director of local operations for the Environment Agency, told the BBC "this is not a normal summer" and warned lack of water would be an issue for several months.

"We'll need probably average or slightly above average rainfall this autumn into this winter for us to not be in a drought next year," he said. 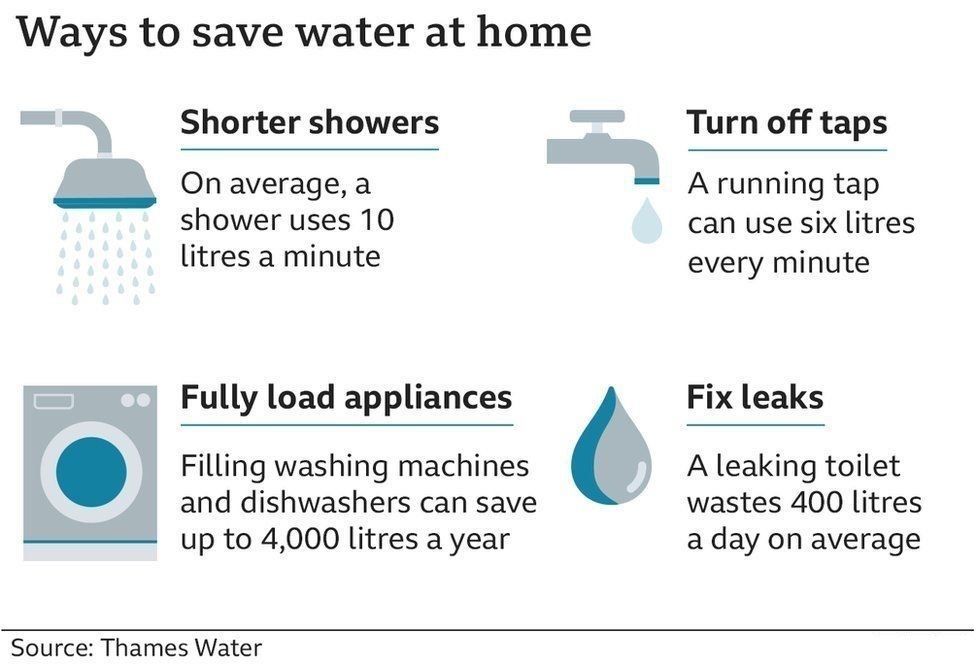 His colleague Mr Bradshaw told BBC Radio 4: "We have enough water for public supply but as you run into ever drier conditions you take more serious actions to conserve the water you have and we are on that process now.

"We have got an exceptional set of circumstances which has led to this drought and we've all got a responsibility to play out now, including and principally the water companies.

He said that firms needed to move "faster and harder", adding that the Environment Agency, the regulator Ofwat, and the Drinking Water Inspectorate had formed an alliance encouraging them to come forward with plans for necessary infrastructure improvements.

"We've also produced a national framework that says 'this is the water we will need in 50 years' time and this is where it might come from'," he said.

"I've just been looking over the last 12 months and nearly every month we've had below average rainfall - low levels or exceptionally low levels.

"There is real stress in the environment and people are suffering."

He said that the group is also helping farmers, including putting those who are not using all of their water supply in touch with farmers who need it.

"But the bottom line is there isn't much water around," he added.

Thames Water has apologised after around 7,000 households in Surrey have been left with little or no water on one of the hottest days of the year following technical issues at a treatment works facility.

The water company, which is expected to implement a hosepipe ban in the next couple of weeks, has been handing out bottled water in Cranleigh and Dorking after supply problems at the Netley Mill Water Treatment Works.

Some customers are starting to see water return to their homes after disruption began on Friday, but Thames Water said fixing the issue was "not straight-forward". 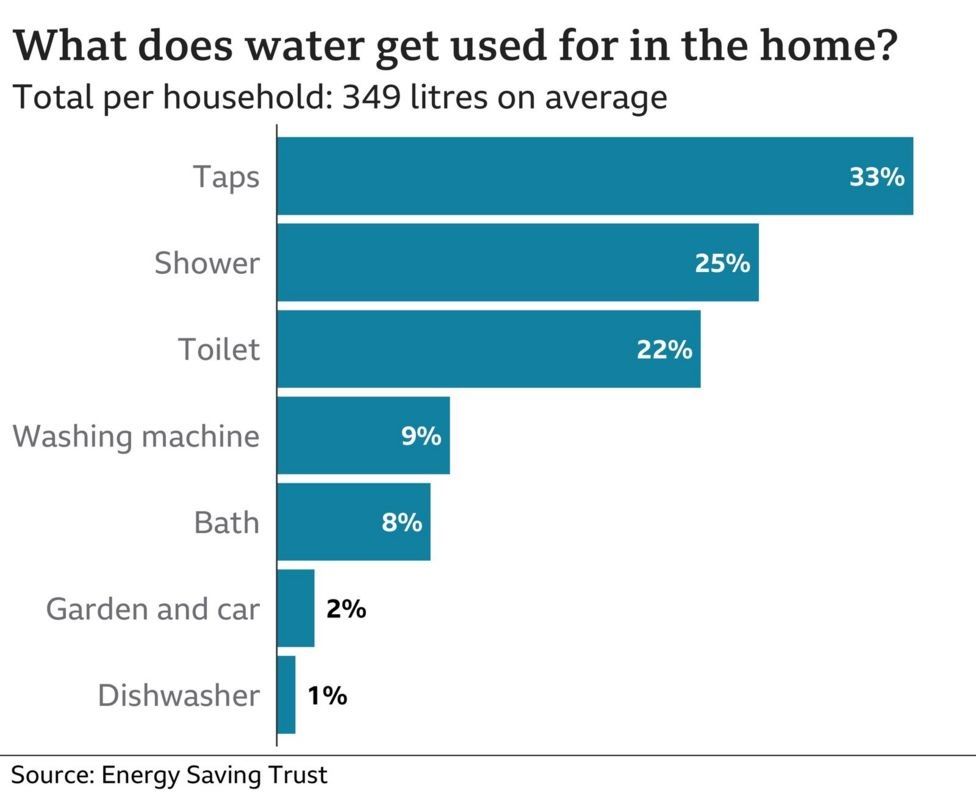 The fire risk in several parts of England is at its highest level, according to the Met Office Fire Severity Index, with hot, tinder-dry conditions creating what has been described as an "unprecedented" situation.

A large wildfire broke out in the Cornish town of Camborne on Saturday, while around 30 firefighters have also been tackling a blaze which has spread across five corn fields in Pembrokeshire, Wales.

And a leading firefighter in Dorset and Wiltshire, which faced a major fire on heathland on Friday, said there had been a 429% increase in the number of wildfires for the first 10 days of August compared to the same period last year.

Area manager Jason Moncrief said fire crews in his area were "massively stretched" as they deal with the increased demand. 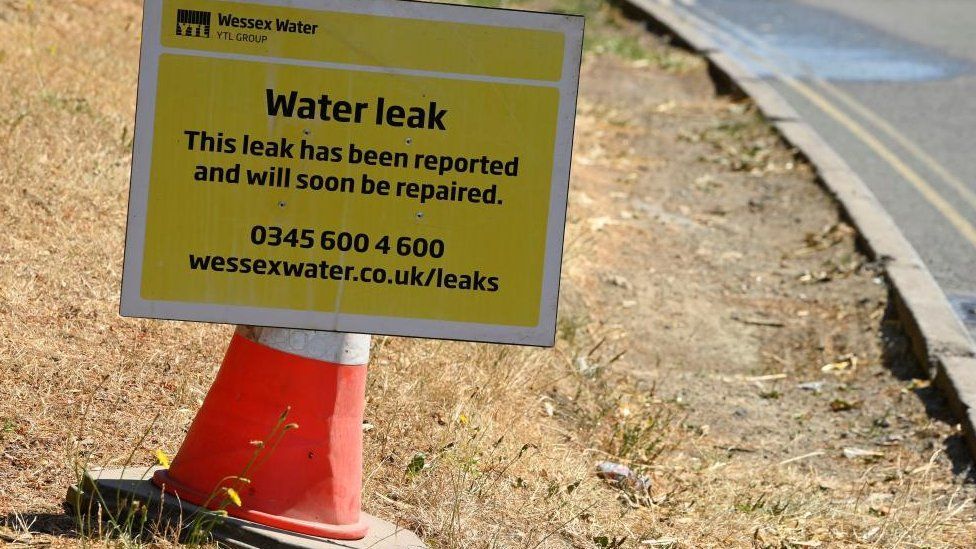 Labour has called on the government to summon a meeting of the Cobra civil contingencies committee to ensure water supplies were protected amid the ongoing drought.

"Instead of stepping in, ministers have fallen asleep in the midday sun. They lecture the public on the use of hosepipes, but where is their plan to protect our vital water system?"

Water Minister Steve Double said: "All water companies have reassured us that essential supplies are still safe, and we have made it clear it is their duty to maintain those supplies.

"We are better prepared than ever before for periods of dry weather, but we will continue to closely monitor the situation, including impacts on farmers and the environment, and take further action as needed."