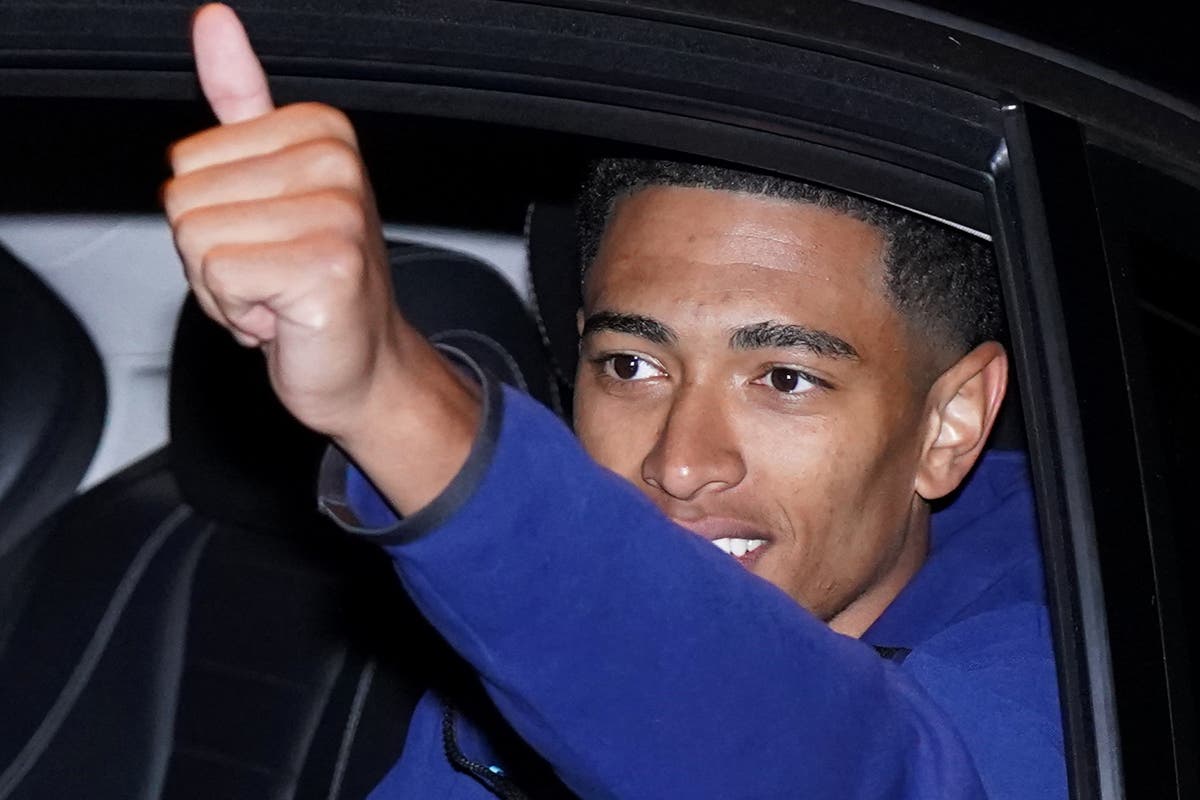 England’s World Cup players arrived home from Qatar on Sunday as it was revealed an average audience of 20.4 million TV viewers watched their heartbreaking defeat to world champions France in a blockbuster quarter-final clash.

They touched down at Birmingham airport on Sunday evening after they crashed out of the tournament.

The World Cup match on ITV, which saw Harry Kane miss a late penalty in a 2-1 quarter-final exit, was the most-watched programme across all TV channels this year, the broadcaster said.

ITV said the game drew the highest average TV audience of the tournament, surpassing England’s round-of-16 match against Senegal which was watched by an average of 18.4m with 13.4m watching the whole coverage. 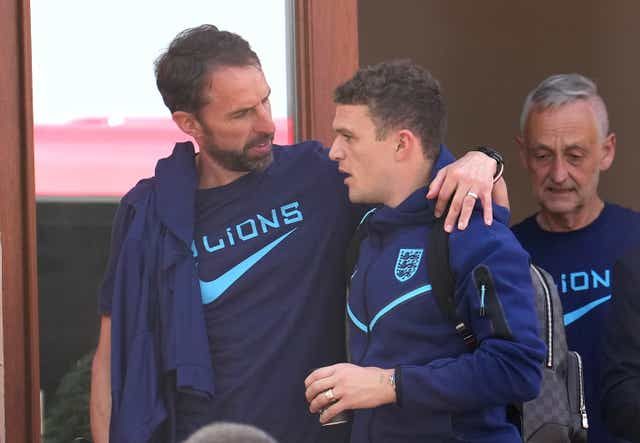 England manager Gareth Southgate (left) and Kieran Trippier outside the Souq Al-Wakra hotel.
An average of 20.4 million people watched the match on all viewing devices, with 15.8 million watching the whole coverage.

In comparison, England’s group match against the United States was watched on ITV by an average of 15.1m people, with 11.9m watching the whole coverage.

Having reached the semi-finals in 2018 and finished as runners-up at last year’s European Championship, England were hoping to fight Morocco in the semi-finals.

The game saw England fall behind for the first time in Qatar after Aurelien Tchouameni’s early thunderbolt, only for Kane to level from the spot and equal Wayne Rooney’s all-time record of 53 goals for the national team. 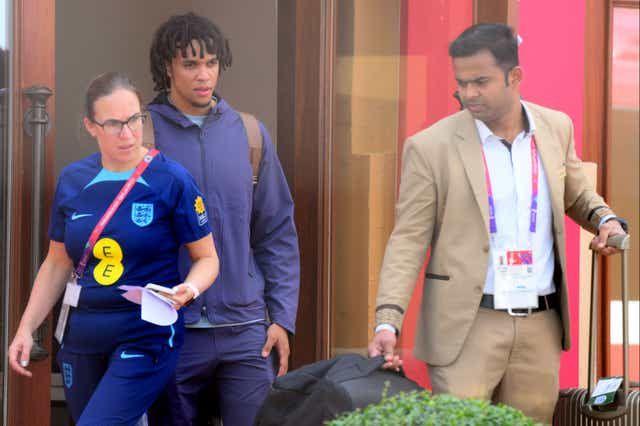 Manager Gareth Southgate is contracted until the next European Championship in 2024 but on Sunday evening dropped the biggest hint yet that he is considering walking away from the job.

England began their journey home on Sunday morning. Jack Grealish, Harry Maguire, Phil Foden and Trent Alexander-Arnold were among the first seen departing their Qatar base.

Southgate gave a hug to Kieran Trippier and thanked those working with the team during their 26-day stay at Souq Al Wakra before boarding the staff coach for the airport. 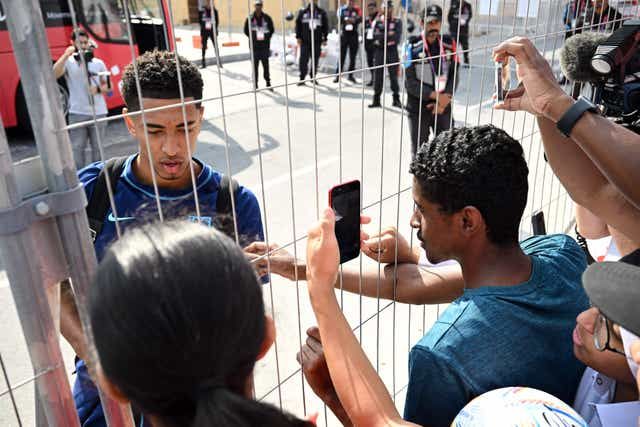 Jude Bellingham signed autographs for fans before getting onto the main players' coach. Flanked by police, the two coaches headed to Doha Airport at 12.35pm local time to catch a flight bound for Birmingham.

Football Association chief executive Mark Bullingham was on the staff coach having expressed pride at the team’s efforts.

“Like all England fans we feel the pain of losing a quarter-final, along with the coaches, players and support team who are hurting this morning,” he said in a statement.

“Gareth and Steve (Holland) prepared the team exceptionally well throughout the tournament. The players were committed to winning the trophy and were very well led by Harry Kane.

“But sport can have fine margins and on the day, against the current world champions, it was not to be.

“This is a very exciting young English squad and, despite the intense disappointment of last night, they should be very proud of their performances in Qatar.

“We are incredibly proud of Gareth, the players, the coaches and the support team and appreciate all the hard work they put in.”