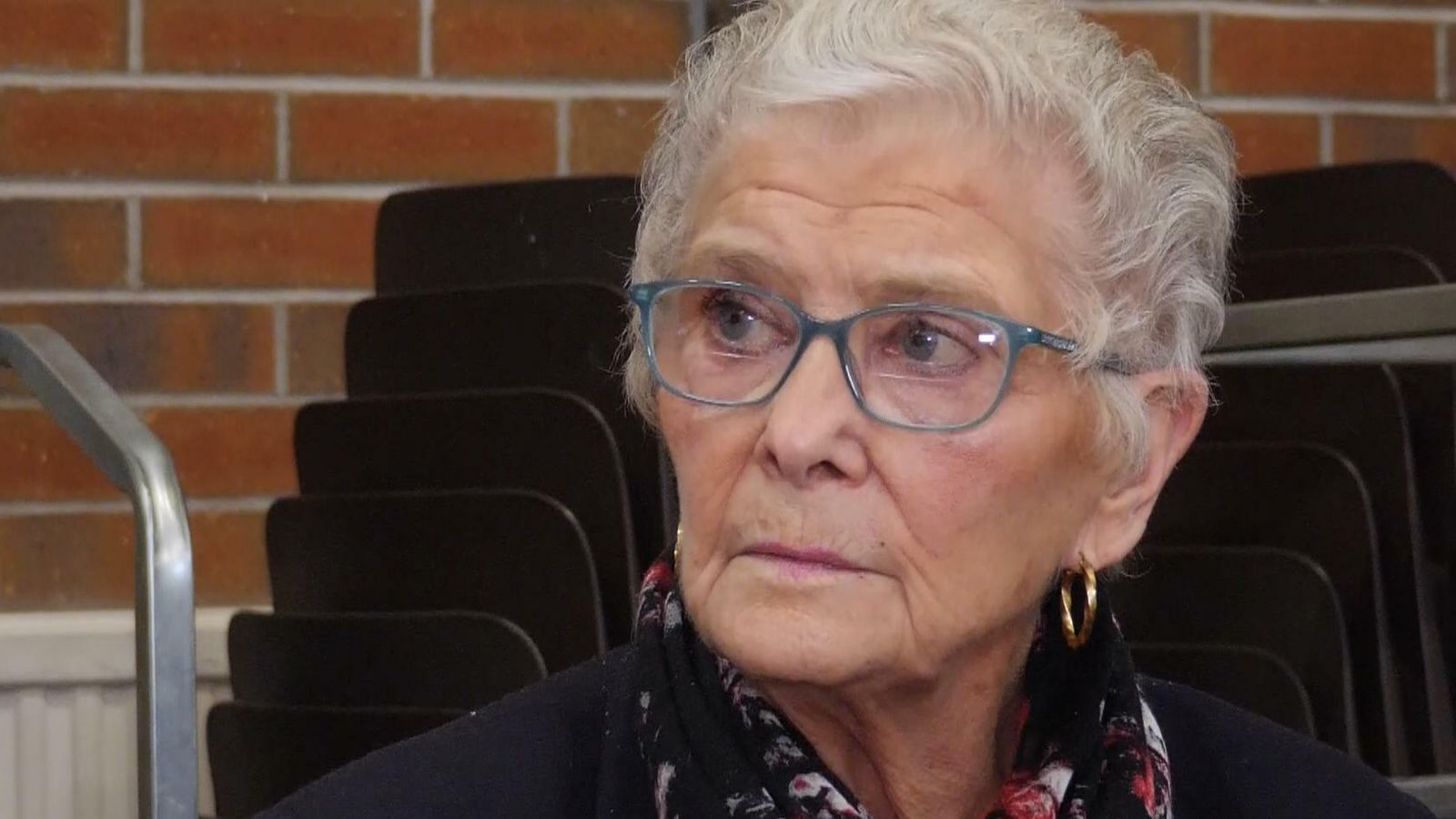 Energy price cap rises: Households will be in 'deep peril' and older people will be 'badly shaken' by increase in bills, charities warn

Chancellor Rishi Sunak has announced a £9bn package following word from Ofgem, the energy regulator, that prices are set to soar by 54% for 22 million households from the beginning of April, adding £693 to the annual costs of a typical household.

Households will be left in "deep peril" and older people will be "badly shaken" by the rise in energy bills, charities have warned.

On Thursday, energy regulator Ofgem announced prices are set to soar by 54% for 22 million households from the beginning of April, adding £693 to the annual costs of a typical household.

Later in the day, Chancellor Rishi Sunnak announced a £9bn package, including a one-off repayable £200 discount and a £150 rebate on council tax bills, and £144m to councils to support vulnerable households amid the surging energy prices.

However, the government's plan has been met with criticism with one fuel poverty charity describing it as "woefully inadequate".

National Energy Action (NEA) said the increases will mean the cost of heating an average home will have doubled in 18 months while numbers in fuel poverty will soar from four million to 6.5 million households across the UK in just six.

"These energy crisis measures are woefully inadequate and will leave those on the lowest incomes and in the least efficient homes in deep peril, NEA chief executive Adam Scorer said.

"We needed deep, targeted support for the most vulnerable. We have shallow, broad measures for all. That simply does not work."

"The rebates on bills and council tax are not sufficiently targeted, too small, and too complex," he added.

"We expect the government will have no choice but to return to the issue of spiralling fuel poverty and another price rise later this year. By then they'll be playing catch-up and great harm will already have been done."

According to an analysis by the Joseph Rowntree Foundation, even after the deferral scheme for energy bills and the council tax discount are taken into account, families on low incomes will spend on average 16% of their incomes after housing costs on energy bills.

This compares to 5% for middle-income families.

"Already people are not spending money because they do not have money to spend," Newham resident, Naveem Choudry told Sky News.

After announcing the government's £9bn support package, Chancellor Rishi Sunak attributed the record rise of energy prices to China pushing up global prices and the UK's "colder than usual winter".

Writing in The Sun, he said: "One (factor) is the steep rise in demand for gas in places such as China, which has pushed up global prices.

"Another is the fact that we have had a colder than usual winter so we have used up more of our own stores of gas here at home. 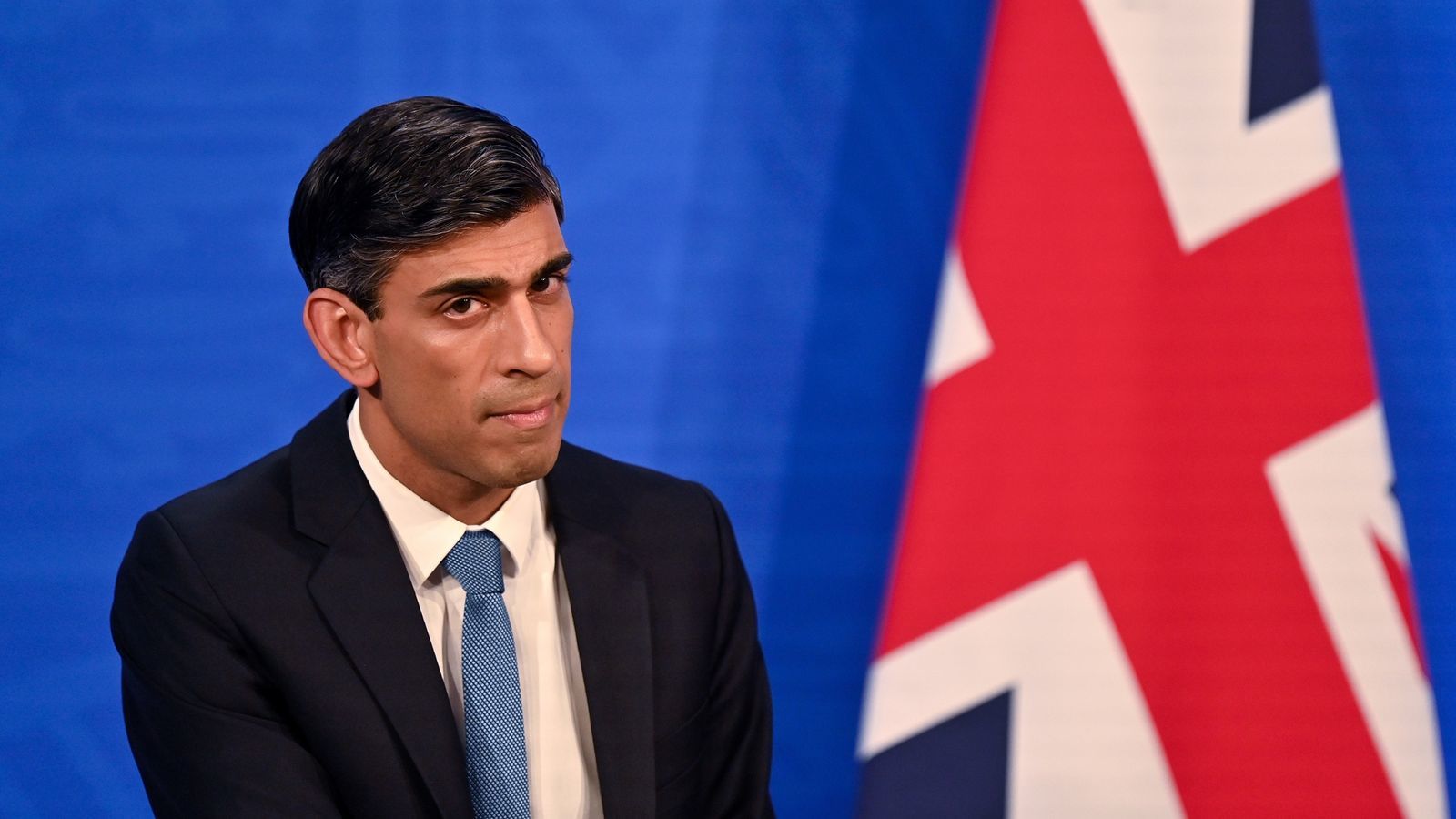 'Help is targeted at those who need it most," said the chancellor

"There are no two ways about it: (the £693 annual increase per household on average) ... is a big hit for people to take and I don't underestimate it one bit."

He continued: "We made a difficult decision last year that in order to tackle the unacceptable backlogs caused by the pandemic, as well as to pay for vaccines and integrate our health and social care system, we would have to raise the money to do so.

"We can't borrow for wholesale reform and we were upfront about that from the beginning."

Mr Sunak continued to say the "help is targeted at those who need it most, while also providing some support for those in the squeezed middle".

'We are gonna have to start considering using food banks'

For low-income families with children, the measures announced by the government will mitigate just 36% of the increase in their bills on average in comparison to 59% for low-income single-adult households, analysis by the Joseph Rowntree Foundation found.

A 47-year-old mother said the rise in fuel prices may mean she and her family have to start using food banks.

Melanie, who lives with her partner and six-year-old daughter in Flintshire, told the PA news agency she is "absolutely horrified" by the 54% increase in the price cap.

"If things keep rising the way they are, we're going to be in a terrible predicament where yeah, we are gonna have to start considering using food banks," she said.

"We pride ourselves on every time we do a food shop, we buy at least one thing for the food bank - the tables are going to turn where we're having to possibly ask them for help after April."

'It is disgusting' - Age UK calls for more help

Meanwhile, Age UK has urged the government to urgently rethink their plan, warning older people on low and modest incomes are "bitterly disappointed".

"With average energy bills now set to rise by a whopping £693 per year - and almost certain to increase further in a few months' time - the support the chancellor has announced simply does not go far enough," Caroline Abrahams, charity director at Age UK, said.

"It will still leave many of these pensioners facing energy costs surging by an extra several hundred pounds that they cannot afford to pay."

She added: "Tough and stoical though they typically are, many older people will be badly shaken by the news they are hearing today.

"There's no doubt it will lead to many more turning their heating down or off altogether because they will know these price surges and the chancellor's inadequate response signals a crisis in their personal finances, with no end apparently in sight."

One woman, 85-year-old Pauline Thorley, told Sky News: "I think it's disgusting... what can we do about it? Nothing."

Asked if the energy rise makes her worried about her own bills, she said: "It does, I'm on my own but I've still got the same heating as everybody else."