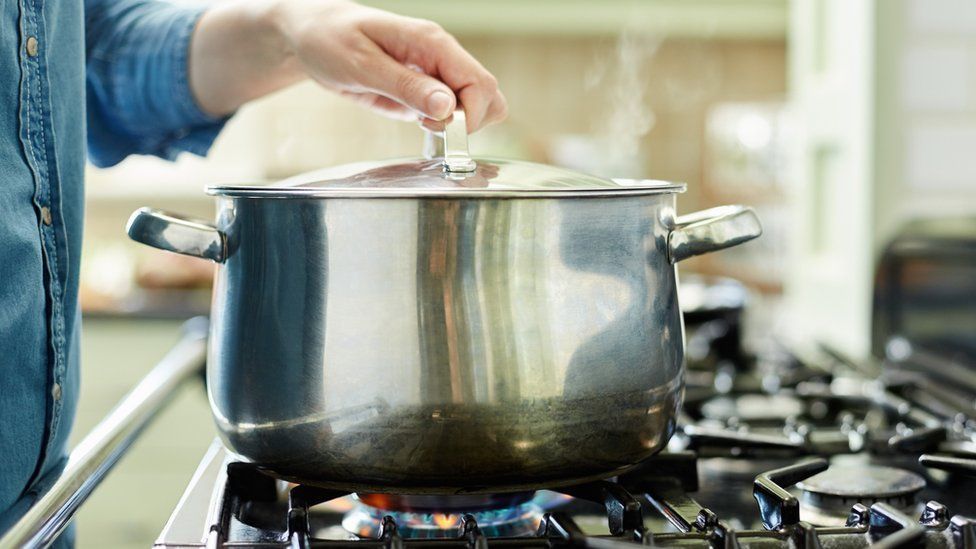 Energy bill support of £10bn set to be unveiled

UK households are set to have hundreds of pounds knocked off energy bills this winter as part of a £10bn package to help people cope with soaring prices.

The government had said people would get £200 off bills from October, which they would pay back over five years.

However, the BBC understands that sum will be increased, possibly doubled, and will not need to be repaid.

The support, to be announced by the chancellor on Thursday, is expected to be funded in part by a windfall tax.

The one-off tax on oil and gas firms, which Labour has repeatedly called for amid resistance from the government, could raise £7bn.

The government has come under intense pressure to act as the cost of living soars for households, but some senior members of the cabinet have been against a windfall tax on energy companies over fears it would deter them from investing in UK projects.

The package comes after Sue Gray's report into lockdown parties in Downing Street was published on Wednesday, with Prime Minister Boris Johnson keen to move on to deliver what he calls "people's priorities".

The Treasury said the government understood "that people are struggling with rising prices" and that Chancellor Rishi Sunak had been "clear that as the situation evolves, so will our response".

A spokesman added people "most vulnerable" from prices rising were the chancellor's "number one priority".

In April, the government announced it would offer £150 council tax rebate to most households and knock £200 off all bills, repayable over the next five years.

Most people living in band A-D homes in England have now received the £150 tax rebate, but now are set to get more support in form of a grant, rather than the previously-pledged repayable loan, later in the year.

The announcement of more support comes after the UK's energy regulator Ofgem warned the typical household energy bill is set to rise by a £800 in October.

Bills have already risen on average by £700 in April.

The boss of Ofgem told MPs on Tuesday the energy price cap, which limits how much providers can raise prices, is expected to increase due to continued volatility in gas prices.

It means the typical household bill could rise by £800 per year to £2,800 and Ofgem warned 12 million households could be placed into fuel poverty. 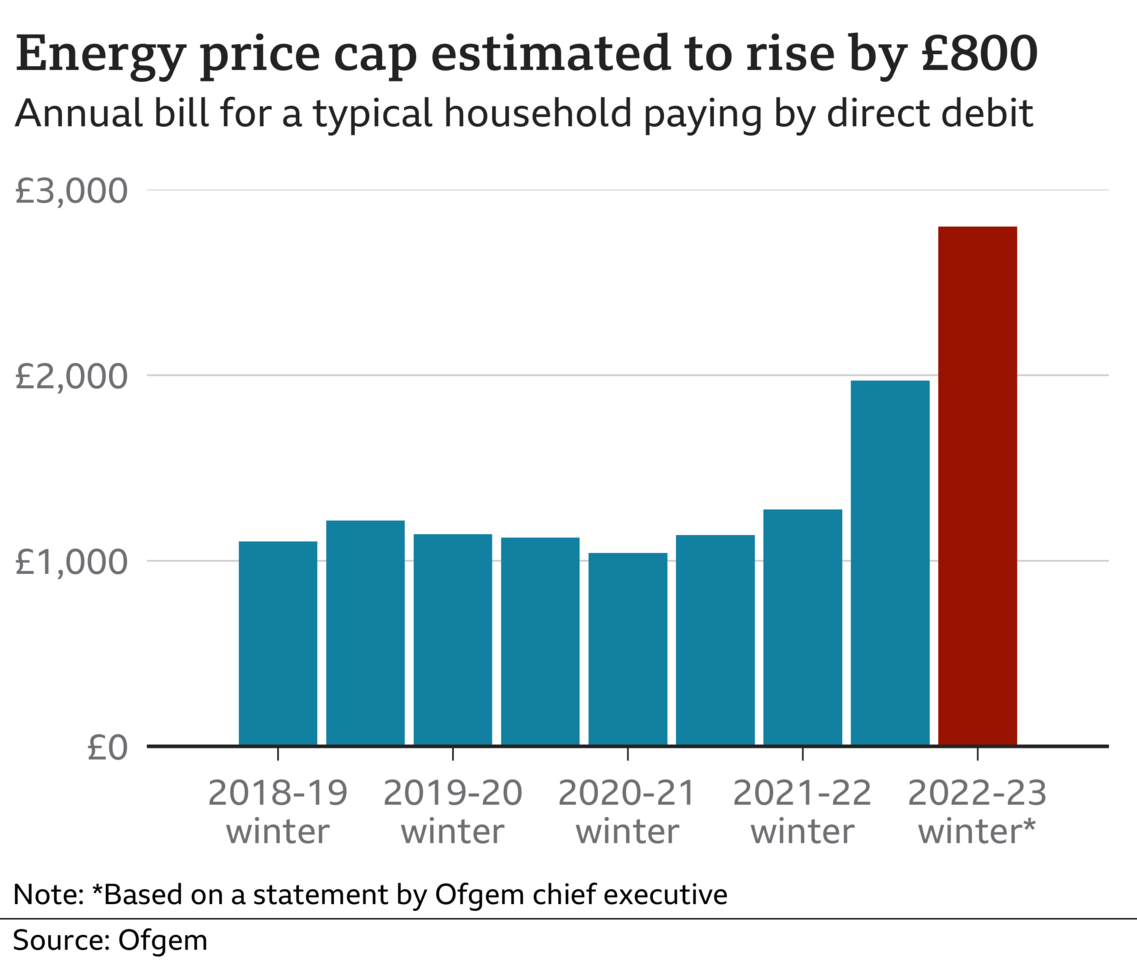 Most of the support is to be funded by a windfall tax on oil and gas companies, which has been called for by the Labour Party, but opposed by many in the Conservative government's cabinet, including Business Secretary Kwasi Kwarteng.

It is understood the prime minister sided with Mr Sunak to support the tax on energy firms.

A windfall tax is a way the government can raise money and is a type of charge which targets firms that are lucky enough to benefit from something they were not responsible for - in other words - a windfall.

In the case of energy companies, firms such as Shell and BP made record profits because gas and oil prices rocketed, most recently due to Russia's invasion of Ukraine.

Shell reported a record £7bn profit in the first three months of this year while BP made £5bn, the highest for 10 years.

However, James Spencer, managing director of fuel consultancy Portland Analytics, warned that although oil and gas companies had made bumper profits, he didn't think they were "unfairly profiteering".

He said the industry is "very cyclical" and companies "ride the ups and downs", adding during the pandemic, firms "didn't go to the bank with a cap in hand saying please bail us out".

Deirdre Michie, chief executive of the body, said: "This is an industry that thinks and plans long-term, so sudden new costs, like this proposed tax, will disrupt planning and investment and, above all, undermine investor confidence."

Ms Michie said oil and gas was already the country's most highly-taxed industry, paying 40% on their offshore profits, and operators would send the Treasury £7.8bn this financial year.

Impact of war in Ukraine

Higher energy bills are pushing prices to rise at the fastest rate for 40 years, with fuel and food costs also biting into household budgets.

Ofgem chief executive Jonathan Brearley said that conditions in the global gas market had "worsened" following Russia's invasion of Ukraine, which has led to concerns about potential supply issues.

He warned that the price cap could rise beyond £2,800 if Russia - one of the world's largest exporters of natural gas - decided to disrupt supplies.

Europe gets about 40% of its natural gas from Russia, so sudden supply cuts could have a huge economic impact.

While the UK would not be directly impacted by supply disruption as it imports less than 5% of its gas from Russia, it would be affected by prices rising on global markets as demand in Europe increased.

Mr Brearley told MPs price rises in the gas market were "a once-in-a-generation event not seen since the oil crisis of the 1970s".