Talent, beauty, youth and poise. ..The tennis star is guaranteed to make brands millions, says Chloe Street, but which luxury players will be the first to snap her up?

In the hours that followed her straight-sets win against Leylah Fernandez at the US Open on Saturday, London-born Raducanu saw her following shoot up to 1.2 million, and today her follower count stands at an impressive 1.6 million.

Not only did 18-year-old Raducanu’s impressive win mean she took home a £1.8 million cheque and became the UK’s first female Grand Slam champion in 44 years, but her unbelievable success combined with her beauty, charm, youth and poise on camera mean there can be no doubt she’s set to become the UK’s next major fashion influencer.

So far the Bromley-based athlete, who was sitting her A-levels earlier this year, has sports kit and sneakers deal with Nike and a racket tie-up with Wilson. The Nike deal, which she’s likely to have signed before she joined the Senior Tour, could be worth up to six figures, and it’s likely that any deals she signs going forward will be worth significantly more than that. 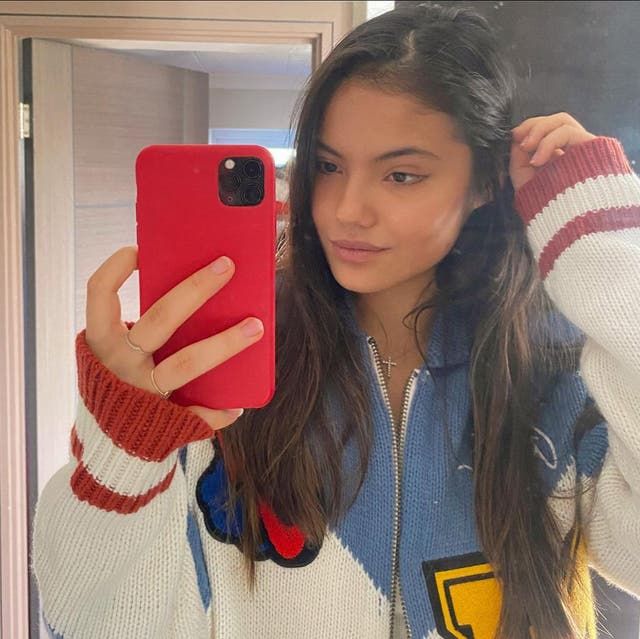 The punchy Wonder Woman-esque red and blue Nike set Raducanu wore throughout the US Open, which comprised the £50 Nike Fall NY Slam Tank and £60 matching skirt, has sold out in many sizes already, while the brands £15 yellow Aero Advantage Visor she paired it with is out of stock everywhere online. According to fashion search platform Lyst, in less than 48 hours following her US Open win, online searches for Nike’s tennis shoes spiked 86 per cent whilst searches for the brand jumped 41 per cent.

It’s clear that teenagers up and down the UK already want to emulate the Emma aesthetic, and that makes her on and off-court wardrobe an incredibly valuable asset for brand’s to capitalise on.

“Whatever Nike are paying Emma, they will be back on the phone to her agent to tie her in for as long as they can… And anyone sponsoring Emma now will be paying tens of millions of pounds,” Jonathan Shalit, Chairman of Intertalent agency told the Daily Mail.

Perhaps more interesting than the battle for her sports kit though will be the fight for her off-court wardrobe. Will she, like Naomi Osaka, sign a seven-figure deal with Louis Vuitton? Will she be the next star of a Rolex ad campaign?

The man who’ll be responsible for inking any such deals for her is Max Eisenbud, vice-president of tennis at entertainment giant IMG. His other clients include Osaka, Novak Djokovic and Sharapova, the latter of whom he has helped earn £234 million in partnerships over the course of her 17-year career which ended last summer.

It seems likely that Raducanu, who featured in last week’s British Vogue, has some sort of arrangement already with Tiffany & Co, whose bling she was bedecked in throughout her matches. Although the brand is yet to confirm an official partnership, she wore the £5,850 Tiffany Victoria earrings a £17,000 Tiffany T1 bracelet and £3,275 T1 white gold and diamond ring, and a £2,750 diamond Tiffany cross pendant throughout her US Open appearances. And then at the press conference post match, Raducanu swapped her pearl earrings for a £2,925 dangly gold pair from the brand. 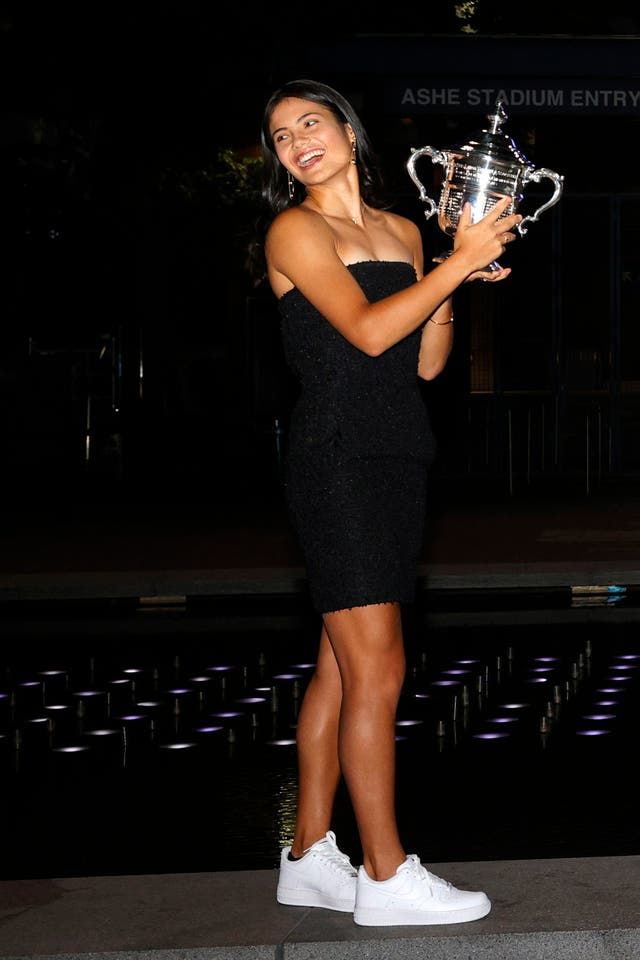 The question we are yet to answer however, is which brand designed the shimmering black boucle strapless mini dress, whose Chanel-esque formality the tennis star cleverly offset with a pair of gleaming Nike Air Force 1’s for a girl-next-door feel.

While the brand’s as yet unknown, we can be certain that within day’s we’ll see knock offs aplenty on the websites of fast fashion giants.

This is the Emma Effect, and it’s just getting started.