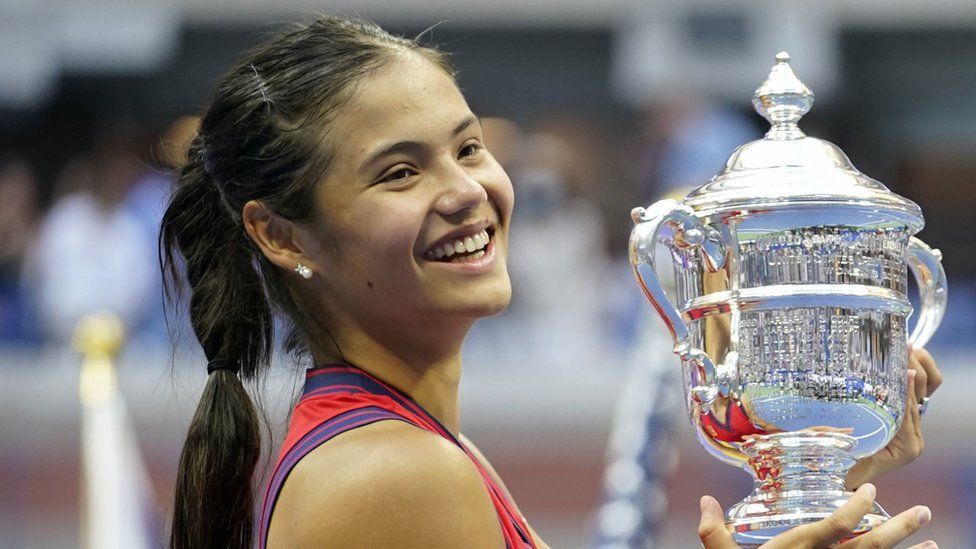 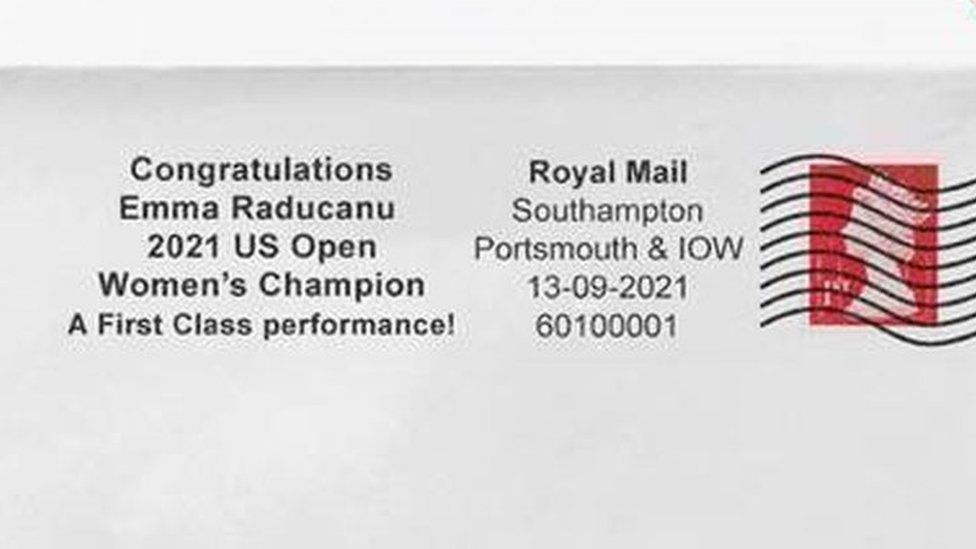 The 18-year-old from London defeated Leylah Fernandez 6-4 6-3 to win the US Open on Saturday, becoming the first qualifier to win a Grand Slam.

The postmark will be stamped on letters processed by Royal Mail between13-16 September.

Raducanu is the first British female winner of the US Open since Virginia Wade in 1968 and the youngest Briton to win a Grand Slam title.

She became the youngest women's Grand Slam champion since Maria Sharapova at Wimbledon in 2004 and the first woman to win the US Open without dropping a set since Serena Williams in 2014.

Both the Queen and the prime minister have congratulated Raducanu.

She said she would frame the letter of congratulations sent to her from the Queen.

The personal message, posted on the Royal Family website, read: "I send my congratulations to you on your success in winning the United States Open Tennis Championships.

"It is a remarkable achievement at such a young age, and is testament to your hard work and dedication."

He said: "There were so many moments where you thought the match was going to go the wrong way and then she held it together - it's just fantastic. So, many, many congratulations."

Her rapid rise to sporting stardom has seen her go from number 338 in the world to number 23. She is now the new British number one.