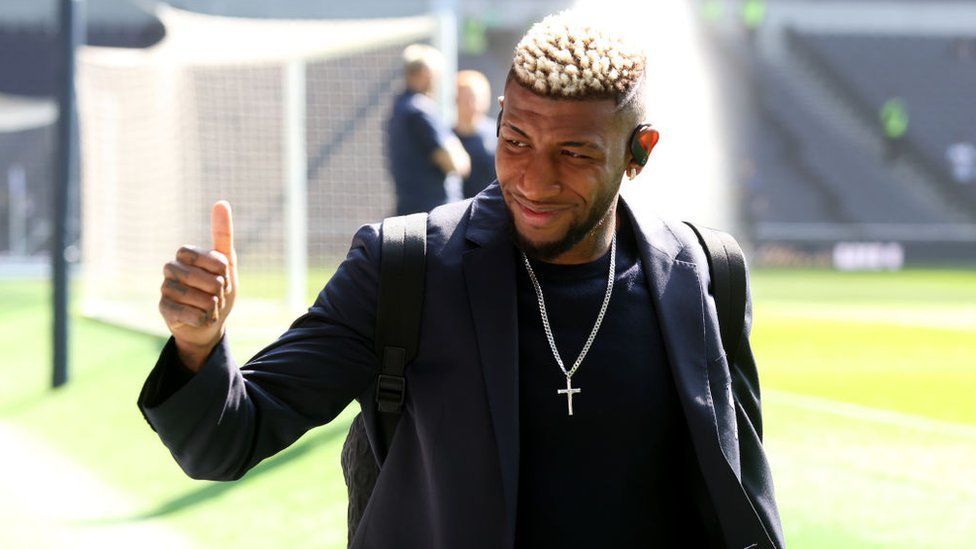 Emerson Royal: Footballer unscathed after gunfight during mugging in Brazil

Tottenham Hotspur defender Emerson Royal has thanked an off-duty Brazilian police officer who rescued him from an attempted armed robbery in Sao Paulo.
Royal, 23, was taking photos with the officer outside a nightclub moments before being targeted by the thief, who drew a gun and demanded his belongings.

Police said the officer pursued the assailant and exchanged fire with him, while the footballer escaped unharmed.

"God sends angels to earth, this is confirmed every day in my life. This human being, I call him an angel, risked his own life to save mine," the Brazilian right-back added.

His Instagram story showed a photo taken with the officer moments before the attack, in the city of Americana to the north of São Paulo.

Local media reported that the man exchanged 29 shots with the officer before being wounded in the back.

In a statement, police said the assailant was later taken to hospital and local media reported that his life was not in danger.

Royal, who made 41 appearances for the north London club last season, is currently on holiday in his home country and had been partying with his family and friends at the New Trips nightclub.

He was targeted shortly after leaving the club just before 03:00 local time.

"I was celebrating and on the way out, this whole affair happened, which was very bad," the star's father, Emerson Zulu, told the Globo Esporte newspaper. "A horror scene indeed. I don't wish that on anyone."

Emerson Zulu, who is also his son's agent, said the "thief asked [Royal] for his watch and other personal objects".

The Brazil international joined Spurs in August for a fee of £25.8 million from Spanish giants Barcelona.

Gun violence is common in Brazil and in 2020 the country recorded over 40,000 gun deaths.
Add Comment