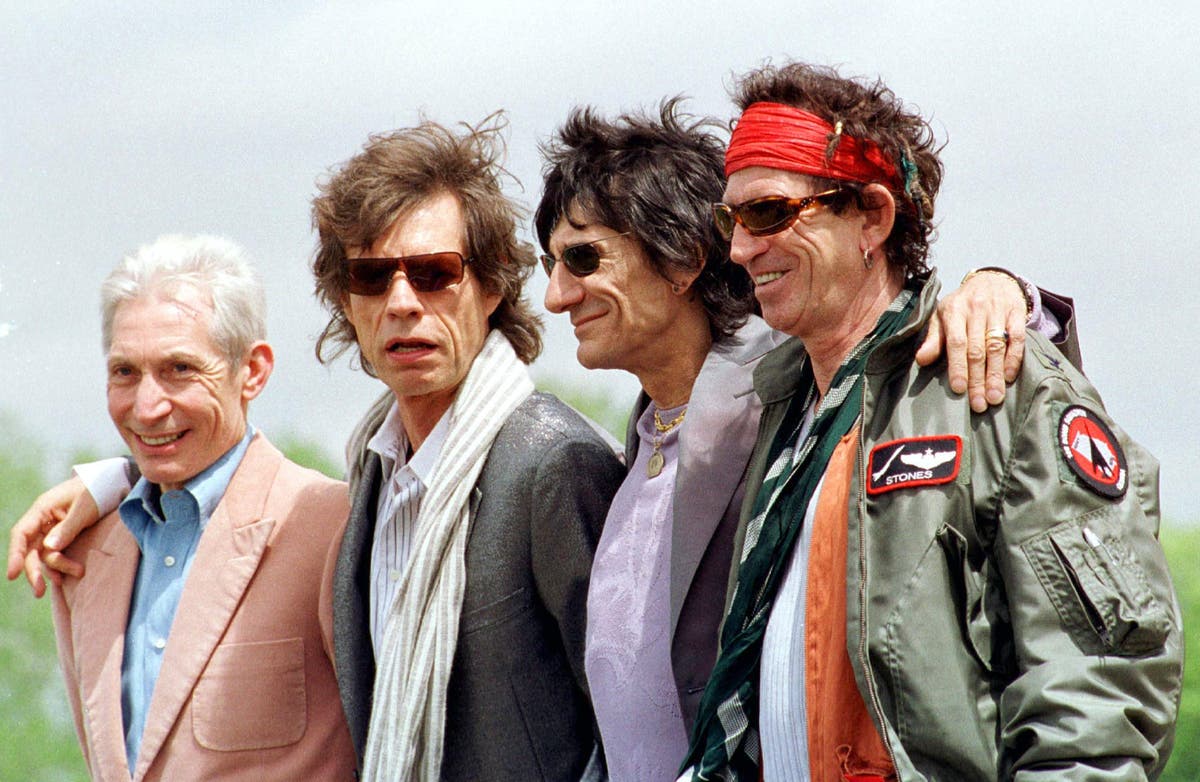 Stars from all walks of showbiz paid tribute to Charlie Watts after The Rolling Stones drummer died on Tuesday.

The Beatles drummer Ringo Starr paid tribute to Mr Watts on Twitter along with a photo of the two together.

He wrote: “God bless Charlie Watts, we’re going to miss you man, peace and love to the family, Ringo.”

“The most stylish of men, and such brilliant company. My deepest condolences to Shirley, Seraphina and Charlotte. And of course, The Rolling Stones.”

He said: “So sad to hear about Charlie Watts, Stones drummer, dying. He was a lovely guy.

“I knew he was ill, but I didn’t know he was this ill, so lots of love to his family, his wife and kids and his extended family, and condolences to the Stones, it’ll be a huge blow to them because Charlie was a rock, and a fantastic drummer, steady as a rock.

“Love you Charlie, I’ve always loved you, beautiful man, and great condolences and sympathies to his family.”

Piers Morgan wrote: “A brilliant musician and a wonderful character, he was the cool, calm, ever-pounding heartbeat of the Stones. Very sad news.”

Nile Rodgers added: “Rest In Power #CharlieWatts RIP. You are a smooth brother. Thanks for all the great music.”

Mr Watts died in a London hospital surrounded by his family.

The statement read: “It is with immense sadness that we announce the death of our beloved Charlie Watts. He passed away peacefully in a London hospital earlier on Tuesday surrounded by his family.

“Charlie was a cherished husband, father and grandfather and also, as a member of The Rolling Stones, one of the greatest drummers of his generation.

“We kindly request that the privacy of his family, band members and close friends is respected at this difficult time.’’

Kenney Jones, known for his work as a drummer with Small Faces and The Who, called Watts “a lovely, smart, amazing guy” and “the ultimate drummer” in a tribute to him.

Speaking to BBC News, Jones said that he had spoken to Watts on his birthday and that he “sounded in good spirits, didn’t sound as healthy as I would like him to have sounded”.

He added: “But I thought we would see each other again.”

Jones said: “The reason he was such a great drummer was because he had a great feeling about himself and for others. It’s all about feeling, it’s all about emotion - you play your emotion, you play the way you feel.

“And Charlie being the nice guy that he was, he had to convert everyone’s emotions and feelings for the rest of the band, and deliver that at exactly the right tempo, the right place to put the beat.”

“He is the heart and soul of The Rolling Stones. His drumming is as important as Mick Jagger’s voice, as Keith Richards’ guitar playing, as Ronnie Wood’s guitar playing.”

Johnny Marr, guitarist and former member of The Smiths, praised Watts for his behaviour on and off stage.

He wrote on Twitter: “Aside from being a unique musician Charlie Watts managed to remain completely classy throughout the whole of the Rolling Stones career. Quite an achievement.”

Stewart Copeland, who played drums in rock band The Police, wrote on Twitter: “So sad to lose a unique, iconic drummer. (and dancer) He was a quiet giant.”

Alice Cooper paid tribute in a statement, saying: “We have lost one of rock and roll’s true gentlemen.

“Charlie Watts kept the beat for the world’s greatest rock band for over 50 years. I consider him the greatest pocket drummer of all time.”