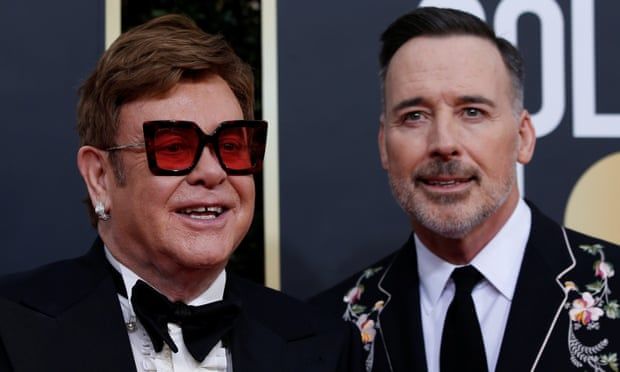 Elton John has accused the Vatican of “hypocrisy” over its decision to prohibit the blessing of same-sex unions, pointing out that the Holy See reportedly indirectly invested in his Rocketman biopic.

In a tweet that was widely picked up by the Italian and international press, the singer claimed the Vatican profited from investing what he described as “millions” in Rocketman but yet refuses to bless gay marriages because “they are sin”.

John, who married David Furnish in 2005, hit back after the Vatican said on Monday that the Catholic church cannot bless same-sex unions as God “does not bless sin”. In a decree approved by Pope Francis, the Congregation for the Doctrine of the Faith (CDF) wrote that such blessings “cannot be considered licit”.

Reports about the Vatican’s investment in Rocketman, which traces John’s life from his troubled childhood to rise to stardom, drug addiction and coming out, first emerged in 2019 in an investigation by the Italian newspaper, Corriere della Sera.

According to documents obtained by the paper, the Vatican’s Secretariat of State invested in the Malta-based Centurion Global Fund, which in turn invested €4m in a film-financing scheme that included Rocketman and a sequel to Men in Black.

The investment, along with others, including one which involved the purchase of a property in London’s Sloane Square, became the focus of an investigation ordered by Pope Francis into alleged financial wrongdoing by Vatican officials.

The investigation is ongoing, but in a letter made public in November, the pontiff requested the Vatican to “exit as soon as possible” from its investments in Centurion Global Fund and from its London investments, or “at least dispose of them in such as way as to eliminate all reputational risks”.

Francis also transferred the management of financial funds and property assets away from the Secretariat of State to APSA, the Holy See’s treasury and sovereign wealth manager.

A spokesperson for the Vatican did not respond to the Guardian for comment on Tuesday.

The Vatican’s move to refuse the blessing of gay unions sparked debate in Italy, with a Catholic priest, Alberto Maggi, telling La Repubblica: “We can bless animals and objects but not two people who love each other.”

The CDF decree said that while “the Christian community and its pastors must welcome with respect and sensitivity persons with homosexual inclinations”, their unions cannot be blessed.

According to Catholic teaching, marriage between a man and a woman is part of God’s plan and intended for the creation of children. Since gay unions are not intended to be part of that plan, such relationships cannot be legitimately blessed. The document went on to say that “God does not and cannot bless sin”, adding: “He blesses sinful man, so that he may recognise that he is part of his plan of love and allow him to be changed by him.”