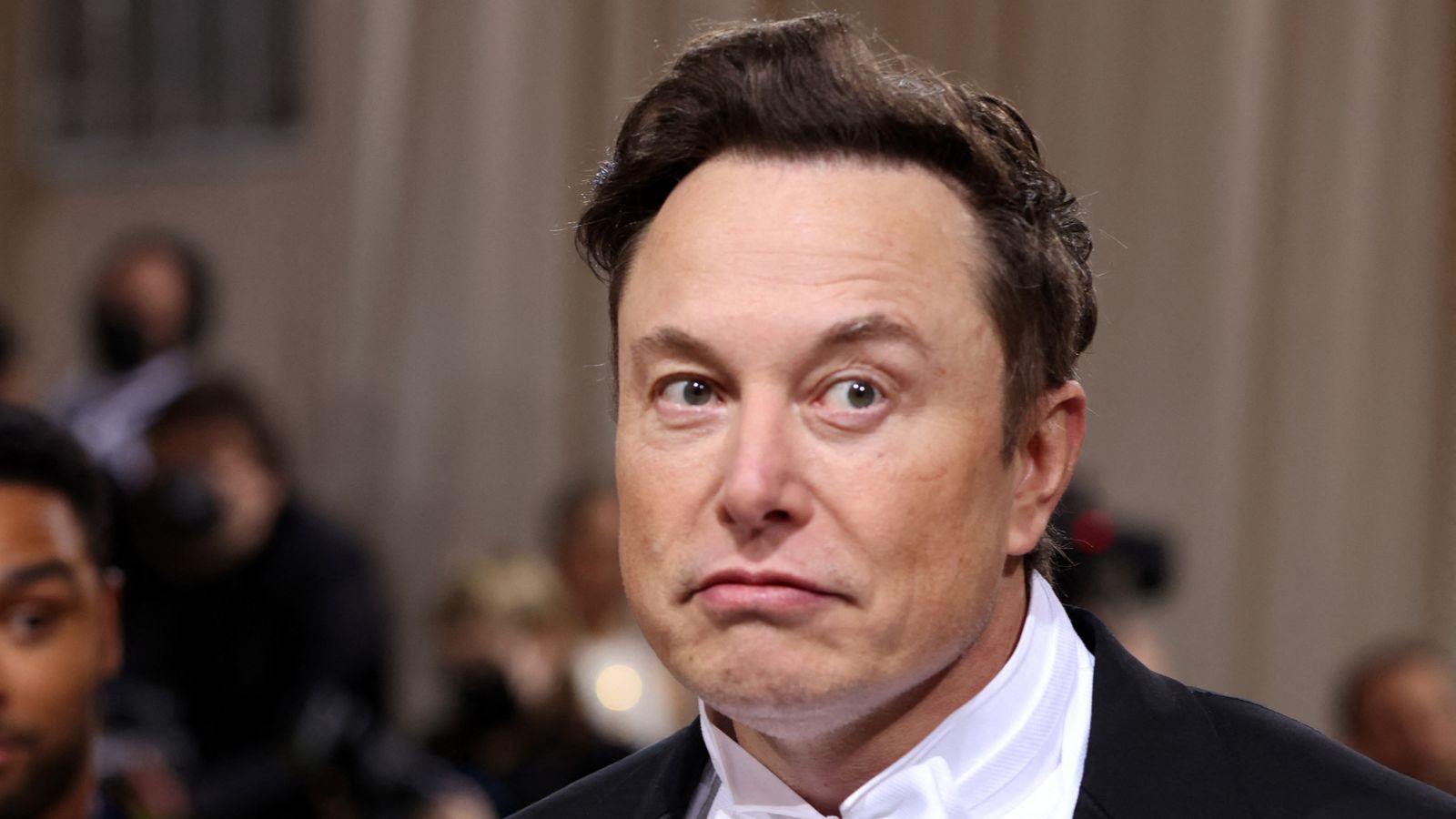 Elon Musk wants a 25% discount on his Twitter bid if 25% of Twitter's users are spam bots - are they?

The billionaire, who claims to be spending less than 5% of his time on the $44bn takeover, has made a number of comments in recent weeks criticising Twitter - and has clashed with its chief executive over how the bot count is established.

Elon Musk has expressed support for receiving a discount on his Twitter bid equal to the percentage of users who are spam bots.

The billionaire, who claims to be spending less than 5% of his time on the $44bn takeover, has made a number of comments in recent weeks criticising Twitter and its management team.

Mr Musk recently said the acquisition was temporarily on hold as he wanted to confirm the company's own figures that accounts not operated by real humans represented less than 5% of users.

Responding to the suggestion that "if 25% of the users are bots then the Twitter acquisition deal should cost 25% less" he wrote: "Absolutely."

So what is the argument really about?

Mr Musk has claimed that much higher than 20% of accounts on Twitter could be "fake/spam" and said that his offer to acquire the company was based on Twitter's own reports being accurate.

He criticised Parag Agrawal, Twitter's chief executive, for publicly refusing "to show proof" that less than 5% of accounts were "fake/spam" and wrote that he was "worried that Twitter has a disincentive to reduce spam, as it reduces perceived daily users".

Mr Agrawal had written a fifteen-post thread denying this incentive and explaining that Twitter actively attempts to reduce spam accounts; suspending over half a million spam accounts every day and locking millions of accounts each week that can't pass human verification challenges.

The chief executive did not point out that if Mr Musk is to receive a discount on his bid proportionate to the number of user accounts that are considered "fake/spam" then Mr Musk himself is incentivised to inflate that figure.

Musk replied with a pile of poo emoji and asked: "So how do advertisers know what they're getting for their money? This is fundamental to the financial health of Twitter."

Mr Musk proposed users conduct their own test to see if they could see if accounts were authentic or not, although Twitter cautioned that it was not possible for external observers to identify whether an account was run authentically by a human or was either automated or part of a platform manipulation campaign. 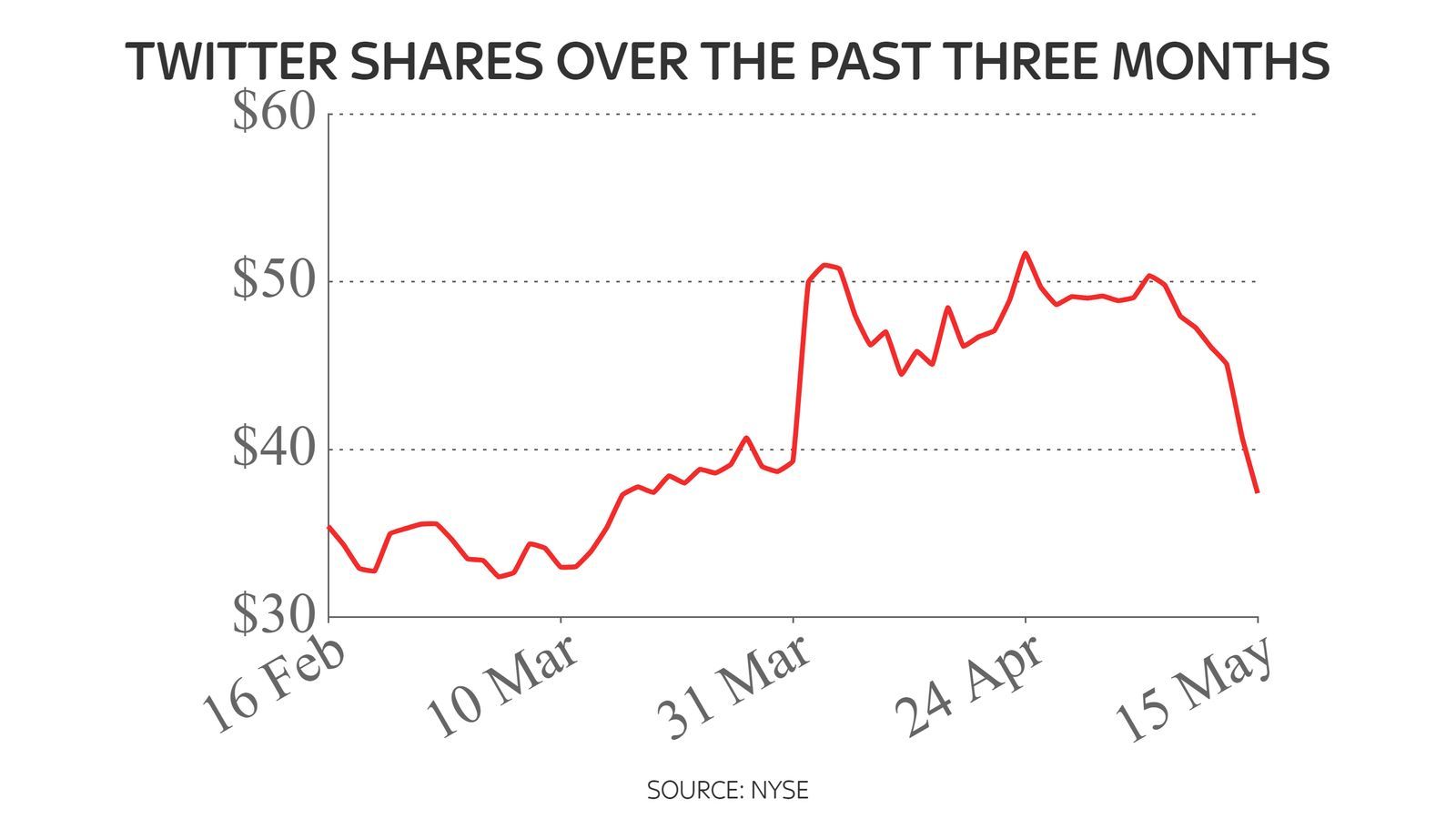 In an official blog post the company said: "We permanently suspend millions of accounts every month that are automated or spammy, and we do this before they ever reach an eyeball in a Twitter Timeline or Search."

But this captures two different kinds of fake account, one of which is a bot - a completely automated account - which is not banned on Twitter, as well as inauthentic accounts designed to contribute to manipulating the platform.

The bot account @pentametron for instance attempts to automatically identify and retweet any messages that are written in iambic pentameter without any human intervention. It is a bot but it is openly one and is not "fake".

"The hard challenge is that many accounts which look fake superficially - are actually real people," warned Mr Agrawal, noting that just because an account has a platform-generated username and profile picture that does not mean it is not being operated by a real person.

"And some of the spam accounts which are actually the most dangerous - and cause the most harm to our users - can look totally legitimate on the surface," he added.

Twitter has previously identified and banned more than 23,000 fake accounts operated by real humans connected to the Chinese Communist Party as part of a propaganda network.

Musk appears to be using the issue as a way to force down the agreed price for the takeover - with Twitter's shares suffering amid the acrimony being played out in public.

The company signalled last week that it would not look to backtrack on the $44bn price through a statement filed with the SEC which said: "Twitter is committed to completing the transaction on the agreed price and terms as promptly as practicable."

Musk told a conference in Miami last Monday: "You can't pay the same price for something that is much worse than they claimed. The more questions I ask, the more my concerns grow.

"They claim that they've got this complex methodology that only they can understand... It can't be some deep mystery that is, like, more complex than the human soul or something like that."

Mr Agrawal said: "Our estimate is based on multiple human reviews (in replicate) of thousands of accounts, that are sampled at random, consistently over time, from accounts we count as [daily active users]. We do this every quarter, and we have been doing this for many years.

"Our actual internal estimates for the last four quarters were all well under 5% - based on the methodology outlined above. The error margins on our estimates give us confidence in our public statements each quarter," he added.