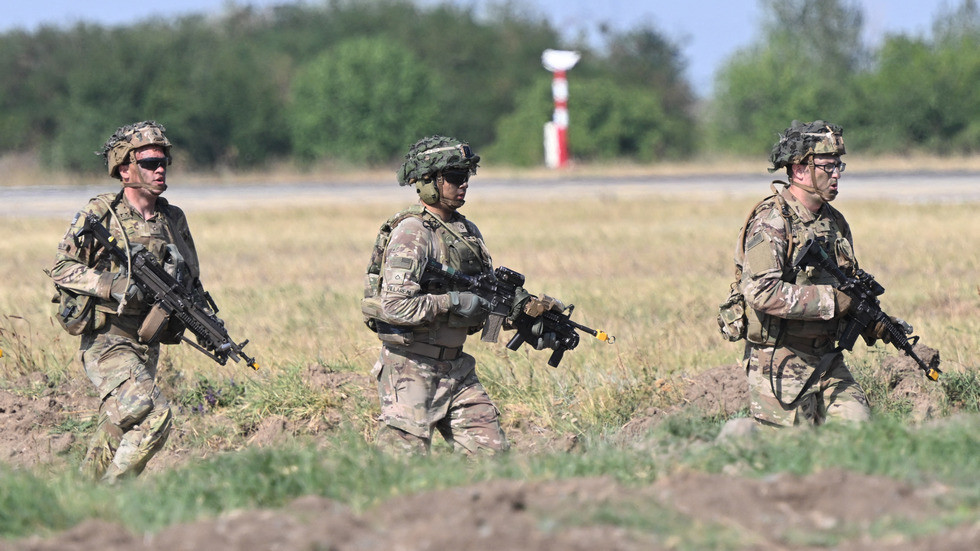 Elite US unit ready to fight in Ukraine if conflict ‘escalates’

The elite division is currently conducting war games in Romania, close to the country’s border with the war-torn state.

The unit's commanders told CBS that they would be prepared to cross into Ukraine if the fighting escalates – without elaborating what that would entail – or if NATO were to come under attack. They highlighted that their current deployment in Europe, the first since WWII, is “to defend NATO territory.”

In Romania, the 101st Airborne Division is holding joint live-fire ground and air assault exercises. According to Colonel Edwin Matthaidess, Commander of the 2nd Brigade Combat Team, his division is the closest US unit to the fighting in Ukraine. He noted that the US troops, have been “closely watching” the Russian military while “building objectives to practice against” and organizing the drills to “replicate exactly what's going on" in Ukraine.

In total, about 4,700 American soldiers from the 101st Airborne's base in Fort Campbell, Kentucky, have been sent to Europe.

NATO has repeatedly stated that it is not a party to the conflict and will not send its troops into Ukraine. In late June, Secretary General Jens Stoltenberg announced that the US-led bloc would significantly increase the number of its forces on high alert from 40,000 to over 300,000.

Since the start of Russia’s military offensive on February 24, Ukraine has received substantial military aid from NATO countries, with billions of dollars’ worth of weaponry pouring into the country – which Moscow has repeatedly criticized.

The 101st Airborne Division, also known as the "Screaming Eagles," has a distinguished military history. It took part in the airborne operations during the D-Day landings in Normandy in 1944 and in the Battle of the Bulge, where it fought in a complete encirclement. The unit was also involved in the Vietnam, Iraq and Afghanistan wars.
#Afghanistan
Add Comment