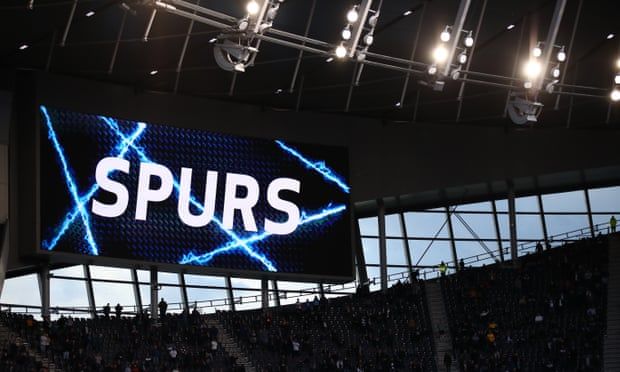 Eight arrests made over racist online abuse of Tottenham player

Eight men have been arrested by police and four others interviewed under caution following an investigation into the racist abuse of a Tottenham Hotspur player.
The player was the subject of online attacks during Spurs’ Premier League fixture at home to Manchester United on 11 April. He has not been identified by the Metropolitan Police. On 30 April United banned six supporters for allegedly abusing Son Heung-min on social media on the day of the game.

The 12 men were arrested, or interviewed under caution, “on suspicion of using words or behaviour, or displaying written material with intent to stir up racial hatred”, the Met said.

Arrests were made this week in locations across England and Wales. One man was arrested in Poole, Dorset, and another in Hartlepool, County Durham. Only one of the 12 lived in Greater Manchester. The arrests were part of a Met investigation which followed initial reports made to Greater Manchester Police via United’s online reporting tool. Of the 12 men detained by police, 10 were in their 20s, one was 32 and one aged 63.

Police involvement follows a concentrated effort by players, clubs and governing bodies to force action on racist abuse directed against players online. Three weeks ago there was a widely observed four-day boycott of social media with the aim of making tech companies tighten their rules and toughen their response towards offenders.

England’s national football policing lead, chief constable Mark Roberts, hailed the arrests. “This is an excellent example of the police service’s commitment to tackling the online abuse of footballers,” he said.

“By taking action, it hopefully gets the message across to offenders that you cannot hide and increasingly we will see more arrests as forces, the UK Football Policing Unit and wider football bodies coordinate their efforts.

“It should also reassure players that we take this incredibly seriously, and if they come forward we will support them, together with Kick it Out and the Professional Footballers’ Association.”

The CEO of Kick It Out, Tony Burnett, said: “Social media has become a vehicle for inappropriate behaviour on a societal level and certain people think it’s OK to send abusive messages.

“We have to make sure we create an environment where online abuse is punished and that the perpetrators are identified as much as possible. These arrests demonstrate the police’s commitment to tackling online abuse and we hope this sends a message to others so they think twice before posting discriminatory abuse.”
Add Comment