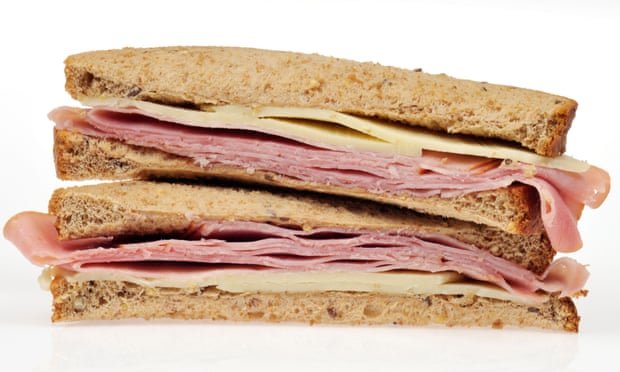 Dutch TV news has aired footage of customs officers confiscating ham sandwiches from drivers arriving by ferry from the UK under post-Brexit rules banning personal imports of meat and dairy products into the EU.

Officials wearing high-visibility jackets are shown explaining to startled car and lorry drivers at the Hook of Holland ferry terminal that since Brexit, “you are no longer allowed to bring certain foods to Europe, like meat, fruit, vegetables, fish, that kind of stuff.”

To a bemused driver with several sandwiches wrapped in tin foil who asked if he could maybe surrender the meat and keep just the bread, one customs officer replied: “No, everything will be confiscated. Welcome to Brexit, sir, I’m sorry.”

The ban came into force on New Year’s Day as the Brexit transition period came to an end, with the Department for Environment, Food and Rural Affairs (Defra) saying travellers should “use, consume, or dispose of” prohibited items at or before the border.

“From 1 January 2021 you will not be able to bring POAO (products of an animal origin) such as those containing meat or dairy (eg a ham and cheese sandwich) into the EU,” the Defra guidance for commercial drivers states.

The European commission says the ban is necessary because meat and dairy products can contain pathogens causing animal diseases such as foot-and-mouth or swine fever and “continue to present a real threat to animal health throughout the union”.

Dutch customs also posted a photograph of foodstuffs ranging from breakfast cereals to oranges that officials had confiscated in the ferry terminal, adding: “Since 1 January, you can’t just bring more food from the UK.”

The customs service added: “So prepare yourself if you travel to the Netherlands from the UK and spread the word. This is how we prevent food waste and together ensure that the controls are speeded up.”