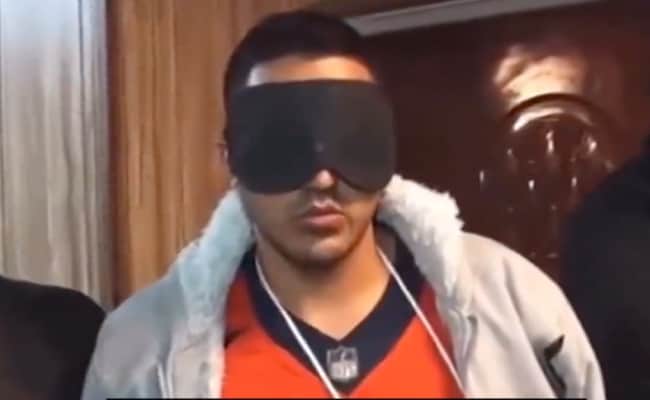 Majidreza Rahnavard's execution took place four days after Mohsen Shekari, also aged 23, was executed on charges of wounding a member of the security forces.
A 23-year-old executed in Iran in connection with the anti-government protests, has left instructions before his death that no one is to mourn him or read Quran at his grave. Majidreza Rahnavard was hanged in public on Monday in the city of Mashhad.

Rahnavard's execution took place four days after Mohsen Shekari, also aged 23, was executed on charges of wounding a member of the security forces. It was the first case of death penalty being used against a protester, defying international outcry.

A video surfaced today that showed Rahnavard expressing what was probably his last wishes. In it, Rahnavard, blindfolded and flanked by two masked guards, is seen speaking to the camera.

"I don't want anyone to mourn upon my grave. I don't want them to read Quran or pray. Just celebrate and play celebrating music," read the translation supers. The authenticity of the video could not be verified by NDTV.

Darya Safai, Member of the Belgian Parliament and a Women's rights activist, tweeted:

Rahnavard was sentenced to death by a court for stabbing to death two members of the security forces and wounding four other people, the judiciary's Mizan Online news agency reported.

"The public execution of a young protester, 23 days after his arrest, is another serious crime committed by the Islamic republic's leaders," he was quoted as saying by AFP.

The protest monitor social media channel 1500tasvir said his family had been informed of the execution only after it was carried out, reported AFPt. It published pictures of a last meeting between the condemned man and his mother, saying she had left with no idea he was about to die.

The anti-government protests have shaken the regime for months. Iran calls the protests "riots" and says they have been encouraged by its foreign foes.

The protests started four months ago after the custody death of 22-year-old Mahsa Amini, a Kurdish-Iranian arrested by the morality police for allegedly breaching the Islamic republic's strict dress code for women, was executed.

The protests represent the biggest challenge to the regime since the Shah's ouster in 1979 and have been met with a crackdown that activists say aims to instil fear among the people.

The executions drew a sharp rebuke from Iran's arch-foe the United States, with State Department spokesman Ned Price saying they "underscore how much the Iranian leadership actually fears its own people".

Dr Shawn Pourgol 51 days ago
This is so sad to read.
View all comments (1)Add comment