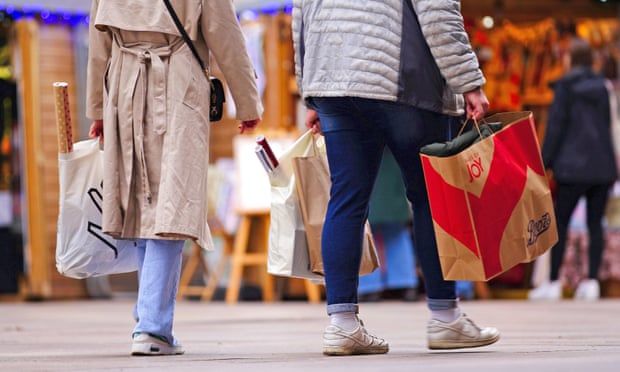 Don’t get carried away with statistics: the UK still faces big economic challenges

Analysis: Britain’s economy collapsed by almost 10% in 2020 and has still not recovered to pre-Covid levels
Benjamin Disraeli famously warned against putting too much store in statistics, and the latest growth figures are a perfect example of why the former prime minister was right.

On the face of it, 2021 was an absolutely corking year for the economy. Britain has had some boom years in the postwar period – 1973 and 1988, for example – but the 7.5% growth last year was the fastest of the lot.

However, 2021 can’t be seen in isolation. Boris Johnson and Rishi Sunak are correct when they say the UK had the fastest growth in the G7 last year, yet what they normally omit to add is that it came after the UK had the biggest contraction of any G7 nation a year earlier.

The real story is that the economy collapsed by almost 10% in 2020 and then recovered most of the lost ground last year. Activity in the final three months of 2021 was 0.4% lower than in the final three months of 2019 – the period immediately before the pandemic struck. By way of comparison, the eurozone is back to where it was pre-Covid, while the US is operating more than 3% above its level in late 2019.

Unsurprisingly, 2021 ended on a weak note as the arrival of the Omicron variant led to tougher government restrictions and a more cautious mood among consumers. The impact of cancelled Christmas parties and emptier high streets meant activity in the hotel and restaurant sector fell by almost 10% between November and December, while retail was down by more than 3%.

The 0.2% contraction in the economy as a whole in the month of December was slightly smaller than economists had predicted, in part because of increased health output as the vaccine programme was ramped up and more people used NHS test and trace.

Statistically, 2022 will be another strong year and it is possible the UK will again top the G7 league table. Again, it would be wise not to get too carried away because most forecasters expect the economy to slow markedly in the second half of the year as higher taxes, rising energy bills, increased borrowing costs and a squeeze on incomes combine to hit spending power.

In his response to the growth numbers, Sunak said the economy had proved “remarkably resilient”, helped by £400bn of spending from the government. But that support is now being drastically scaled back. A lot more resilience will be needed in what is shaping up to be a challenging period ahead.
#Boris Johnson  #Johnson  #vaccine  #Covid
Add Comment