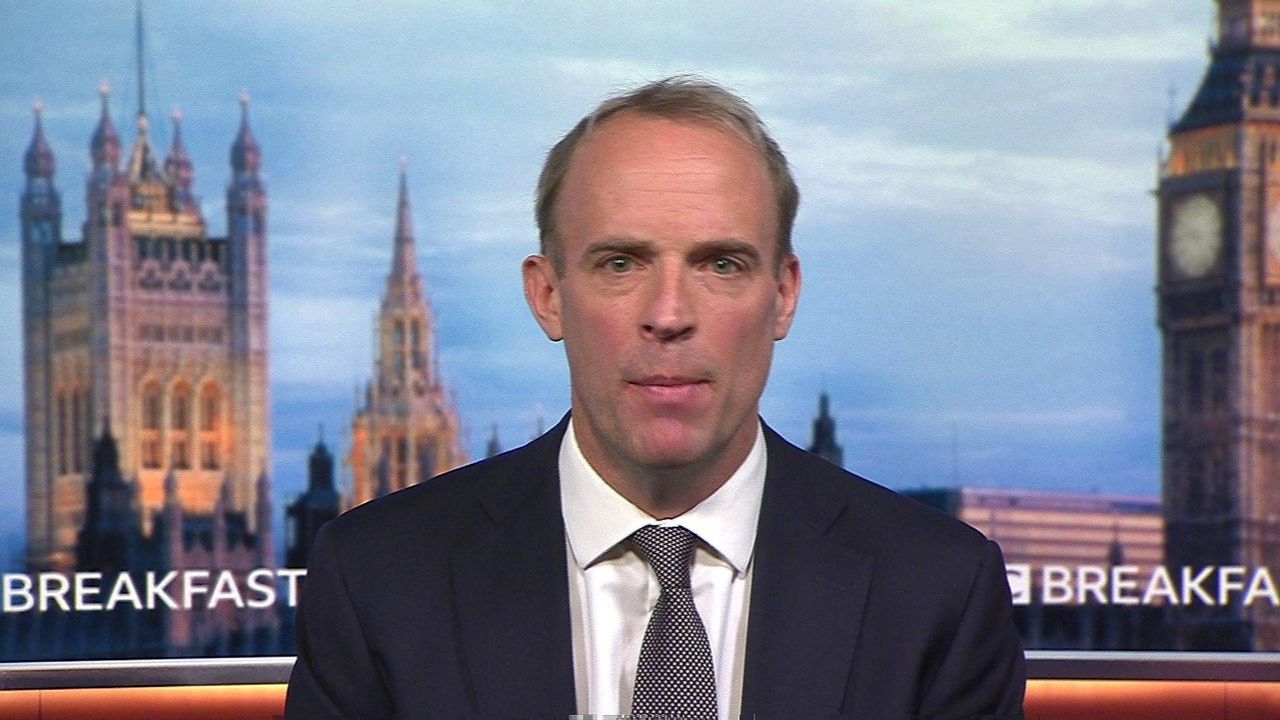 Dominic Raab says criticisms of him by an anonymous government insider are "ridiculous".

Dominic Raab has strongly defended his position as foreign secretary after a government source made damning claims about his leadership.

The Times reported an anonymous insider describing Mr Raab as "toast" in the next cabinet reshuffle.

Speaking to BBC Breakfast, he called the claims "ridiculous" and said the source "lacks any credibility".