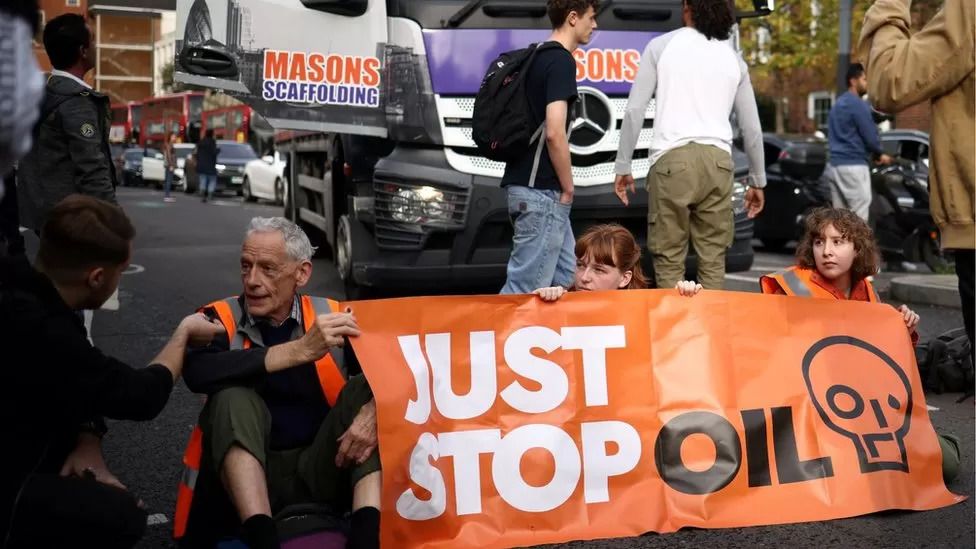 Do not intervene with Just Stop Oil protests, Met urges

The Met has urged the public not to "directly intervene" with Just Stop Oil demonstrators.

Assistant Commissioner Matt Twist said people should "call us, and we will deal" with the climate change group.

He spoke after angry motorists removed demonstrators from blocked roads in central London on Saturday.

Mr Twist said he "completely understood their frustration" but taking matters into their own hands could hamper prosecutions.

This is because the police must "work within the clear legal framework and secure evidence for the offence of highway obstruction", he explained.

This included "showing clearly that there is an obstruction, that it is deliberate, that it is unlawful, and finally within the context of protest, that it is unreasonable in all of the circumstances", he added.

"Without this evidence, any prosecution may fail and the offenders will not be held to account for their actions."

He said the force is "determined to bring to justice all of those who have caused significant and unreasonable disruption to London, or caused damage to buildings, property or valuables". 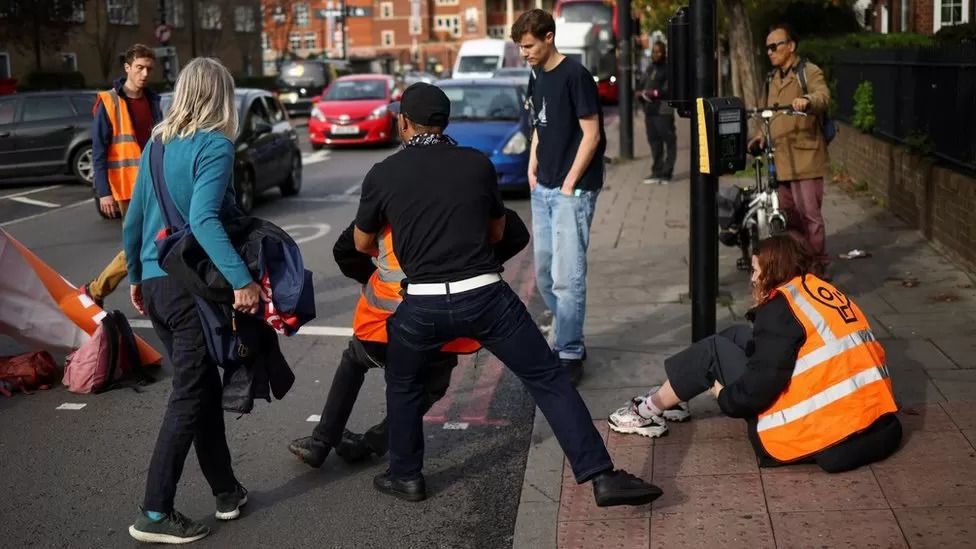 This prompted some drivers to leave vehicles in Harleyford Street to remove demonstrators, who persistently returned to retake their places in the road.

Police later said 33 protesters were arrested and the roads were reopened. 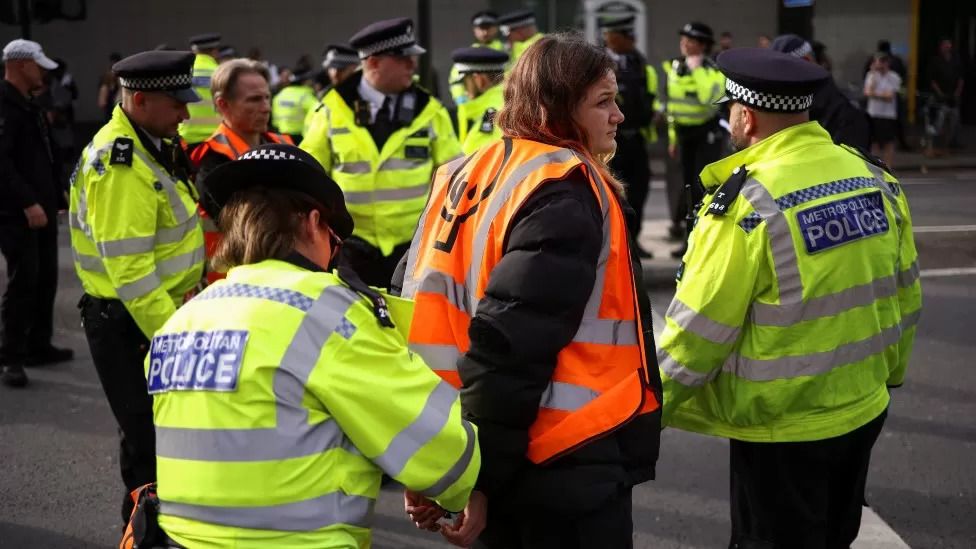 During the protest one motorist said: "We've asked you nicely, you are doing the wrong thing by blocking innocent people going about their business.

"Can you please move before we pick you up and move you?

"You are stopping the wrong people, I've got to go pick my kids up, I've got to get my lorry back to work. We can't help you, go to Westminster."

The incident came after numerous demonstrations - which has also included vandalising historic artworks - by the group in recent months.

The group wants the government to halt all new oil and gas licences and consents.

Mr Twist said the Met is "absolutely committed to providing a quick and effective response to activists who have been significantly and deliberately disrupting people's daily lives".

He said that the force had arrested 651 people since the beginning of October.