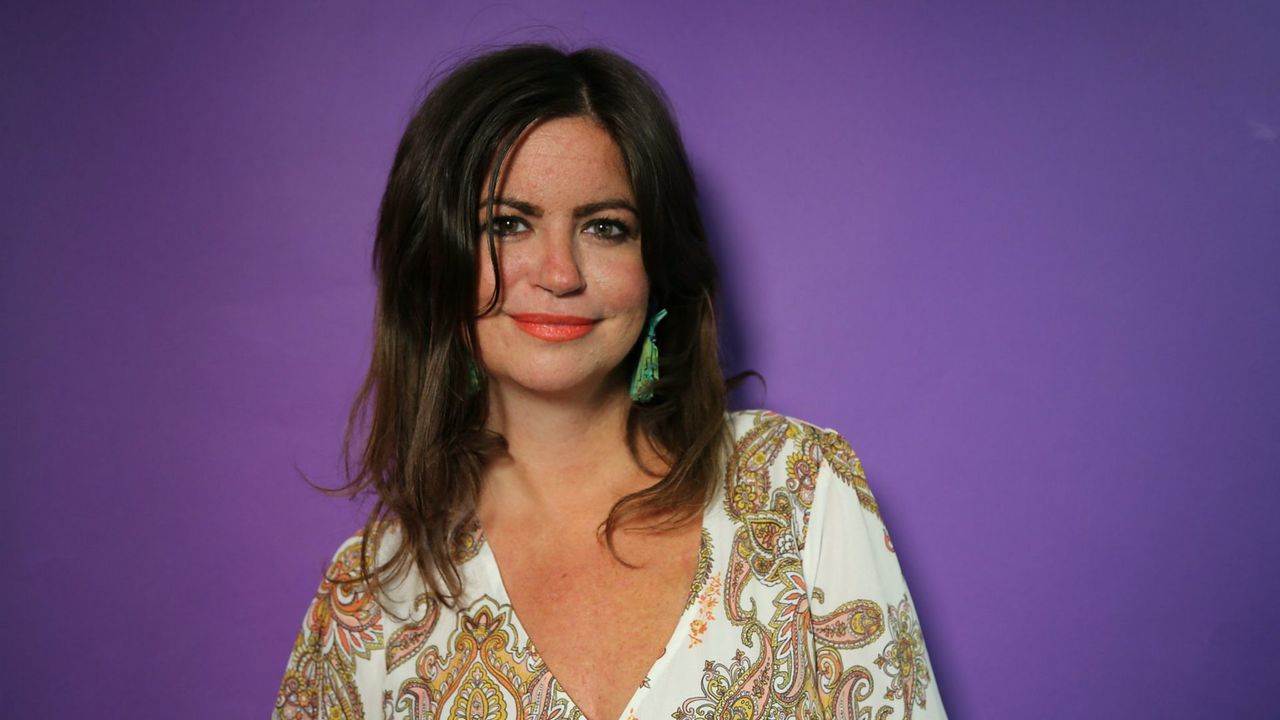 All I want is more life, podcaster Deborah James has said after revealing that she is receiving end-of-life care at home for her bowel cancer.

James was diagnosed in 2016 and gave candid accounts of her treatment on the BBC's You, Me and the Big C podcast.

In her final episode she says that even after five years, knowing she is now nearing the end is "still shocking".

She has also spoken of feeling "utterly loved" after more than £1m was donated to a cancer research fund she set up.

In the podcast interview, the 40-year-old said she did not "feel brave" after revealing on Instagram on Monday that nobody knows how long she has left to live.

She said her liver had stopped working over the past six months and doctors had advised that more treatment was "fruitless" because her "body does not want to play ball".

"I can't even walk anymore, that's what's really scary about it, I've gone from someone who used to run 5km [3miles] a day to someone who needs her husband to pick her up to walk a step."

The broadcaster said she had gone to her parents home to spend her remaining time with her family because it was "where I always wanted to die".

She explained this meant their family home in London could remain home for her children without the "medical equipment scars" in their memories.

Asked what hosting the podcast meant to her, James said it had given purpose back to her life after being diagnosed, adding the show had made her realise the influence she could have "saving another life or making someone not feel alone".

"Yes I would give my cancer up in a second just to have a normal life again. But to be able to do it and feel like you've had an impact is kind of one of the best feelings you can have."

After thanking listeners for their support over the years, she said: "Please, please just enjoy life because it's so precious. All I want right now is more time and more life."

She ended the show with a customary caution for people to "check your poo" for signs of bowel or other cancers, adding: "Come on, I can't leave on on any other word."

What are bowel cancer symptoms?


*  Blood in the stools without other symptoms, such as piles


*  Abdominal pain, discomfort or bloating always brought on by eating

In revealing her prognosis, James also announced the Bowelbabe fund to support research into personalised medicine for cancer patients, and to support campaigns to raise awareness of bowel cancer.

The fund, named after her online handle, will work with the charity Cancer Research UK, Bowel Cancer UK and the Royal Marsden, to allocate the money.

Thousands of donations flooded in after she revealed the news on Monday, with donations already exceeding £1.5m.

In an interview due to be broadcast on BBC Breakfast on Wednesday, the former deputy head teacher revealed her surprise at the speed at which the smashed through its fundraising goal of £250,000.

She said: "I had a figure in my mind of about a quarter of a million, because I thought that would be enough to fund a good couple of projects across the charities that I wanted to fund.

"But in 24 hours to do a million, I'm like absolutely mind blown and I just cannot thank people enough for their generosity.

"Because it just means so much to me. It makes me feel utterly loved.

"It makes me feel like we're all kind of in it at the end together and we all want to make a difference."

After the opening day's whirlwind fundraising efforts - which has seen donations from more than 85,000 people - James told the BBC that her dying wish was to help raise money for the "things that gave me life".

She explained that were it not for experimental treatments she would have died at least two years ago, adding that she wanted other people to be given the same opportunities.

James said: "Ultimately what I really want to happen is I don't want any other Deborahs to have to go through this.

"We know that when we catch cancer early, we can cure it. We know that much more investment needs to take place in cancer."

She added it was clear the UK had "skills and the passion" to develop new cancer therapies, but sometimes a reminder was needed to get a "boost" for funding.

James began co-presenting You, Me and the Big C alongside Lauren Mahon and BBC Radio 5 Live newsreader Rachael Bland in 2018, with the show earning praise for its frank discussion of cancer.

They spoke to celebrity guests and addressed practical matters including hair loss, tips for dealing with finances and telling your nearest and dearest.

Bland died at the age of 40 six months after the show launched. She had been diagnosed with breast cancer two years earlier.

Speaking about her friend on their podcast, James said she she was "always in my mind actually, even now".

"I just don't know how brave she must have been to do what she did, because I don't feel that brave.

"I think I'm still in awe of how she just seemed to just take it in her stride and, quite frankly, I'm a quivering mess half the time. But I think if she can do it, I can do it and I'll go and party with her."

James has been praised for her no-nonsense approach to talking about cancer online, and has shared her experiences of treatment and daily life with her social media followers since her diagnosis.

She has worked to remove the embarrassment factor from bowel cancer, and even shared a video of herself walking down the street dressed as a poo emoji to encourage people to watch out for changes to their bowel movements.

Deborah James: ''I don't want any other Deborahs to go through this''
Watch: Deborah James speaks about her diagnosis to raise awareness (May 2019)
Add Comment