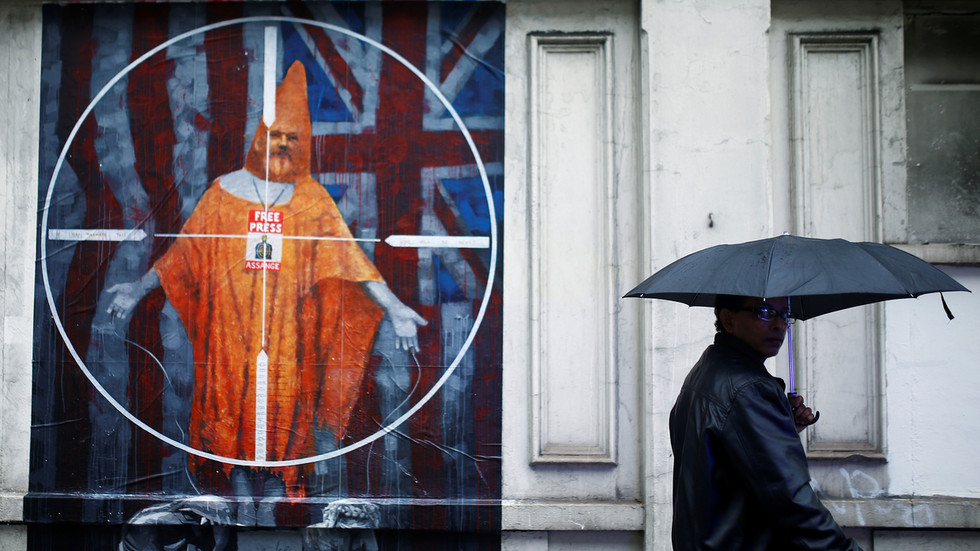 Julian Assange is being persecuted for speaking the truth, and the UK public must mobilize to shield him from the 'death sentence' awaiting him in the United States, activist and Agent Provocateur co-founder Joe Corré told RT.
The politically-active entrepreneur, and son of another fashion icon Vivienne Westwood, has been an outspoken advocate for Assange. The imprisoned Wikileaks chief is currently battling his extradition to the United States, where he faces 175 years in prison for obtaining and publishing secret documents. Recounting a recent visit he made to Belmarsh prison, Corré told Going Underground host Afshin Rattansi that Assange was being treated in a “horrific way” by the UK justice system. According to Corré, Assange has been separated from all human contact – a “form of torture” that has affected his mental health.

Assange’s legal battle is “the most important case in our time about press freedom, about whistleblowers, and about holding the powerful to account through the media,” Corré said, adding that “the media, the public, the judiciary, the politicians, should be outraged” over his treatment. Extradition to the United States would be tantamount to a “death sentence,” he argued.

He noted that Sweden’s decision to drop its investigation into rape allegations brought against Assange in 2010 proves that the journalist’s decision to seek political asylum was completely justified and based on his understand that he was being unjustly hunted by Washington. The sexual abuse allegations, according to Corré, were a “fabrication and a setup in order to turn public opinion against him.”

For his part, the British businessman said that would press the Clooney Foundation for Justice (CFJ) to take a stand against Assange’s potential extradition. Amal Clooney, a noted jurist and wife of actor George Clooney, had previously weighed in on Assange’s case – but Corré said he wanted to see the organization do more. He also stressed that the British public needed to rally around Assange in his time of need.

Assange has fierce critics on both the right and left due to the nonpartisan nature of the content that Wikileaks has published over the years – but his fate transcends politics, Corré stressed. He notes that no matter what side one may be, the Assange case was about “core principles about whether or not you can have journalistic freedom in the world.” He warned that allowing Assange’s extradition to the US would be one of the “worst crimes of the century.”
Add Comment