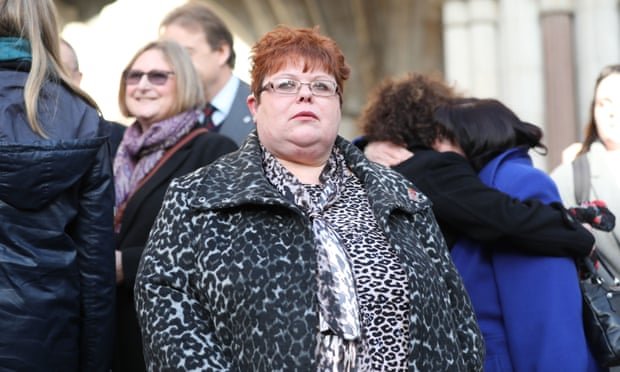 Sarah Jane Young, whose father was killed in IRA attack, awarded £715,000 but judge dismisses claim for punitive damages
The daughter of a victim of the Provisional IRA’s 1982 Hyde Park bombing will appeal against a high court ruling that she is not entitled to punitive damages for the atrocity.

Sarah Jane Young, whose father was killed in the central London blast when she was four years old, and relatives of other victims of the attack on a Royal Household Cavalry ceremonial troop said they would challenge the judgment.

Earlier, Mr Justice Martin Spencer announced that awarding exemplary or punitive damages would require an extension of the law, which would be “for either parliament or the higher courts, and probably the supreme court”.

Lawyers for relatives of the four soldiers killed that day had argued that they were being denied some “measure of justice, and thereby closure”, because no one was ever prosecuted, convicted and punished.

The judge said it was the first time courts in England and Wales had considered the issue of exemplary damages in the context of a civil claim arising from a terrorist attack.

In a statement issued after the ruling, a spokesman for the families said the law “urgently needs to be revised and extended to properly compensate victims and survivors of terrorism and to provide a significant deterrent against terrorists and terror groups, and those who finance and support them”.

Mr Justice Spencer said he relied on a decision of the House of Lords in a case brought in Northern Ireland over the 1998 Omagh bombing, in which the law lords said it was not appropriate for them to “embark upon the radical extension” of the law needed to award exemplary damages.

The judge did, however, award Young more than £715,000 in damages for losses sustained as a dependent of her father. He dismissed her claim for a further £121,500 damages for the psychiatric injury suffered, despite finding that post-traumatic stress disorder had “blighted her life”.

It is not clear whether Young will be able to recover the damages awarded to her from a convicted IRA member, John Downey. The court heard he had transferred his assets to his wife following the launch of the civil claim against him.

A criminal case against Downey collapsed at the Old Bailey in 2014 after it was revealed he had mistakenly been given a written assurance he was not wanted in connection with the blast under the controversial “on the runs” scheme as part of the Northern Ireland peace process.