A Tesco store in South Lanarkshire has been evacuated after a woman was stabbed.

The superstore in Dalmarnock Road, Rutherglen, was closed on Saturday while police dealt with the incident.

A woman, 25, was taken to hospital and a 34-year-old man was arrested. The woman's condition is not known.

Eye witnesses saw the store evacuated and staff gathered in the car park while multiple police cars and an ambulance attended.

Police tape was fixed across the entrance to the shop and social media posts suggested staff had set off the store's fire alarm to get customers out of the shop quickly. 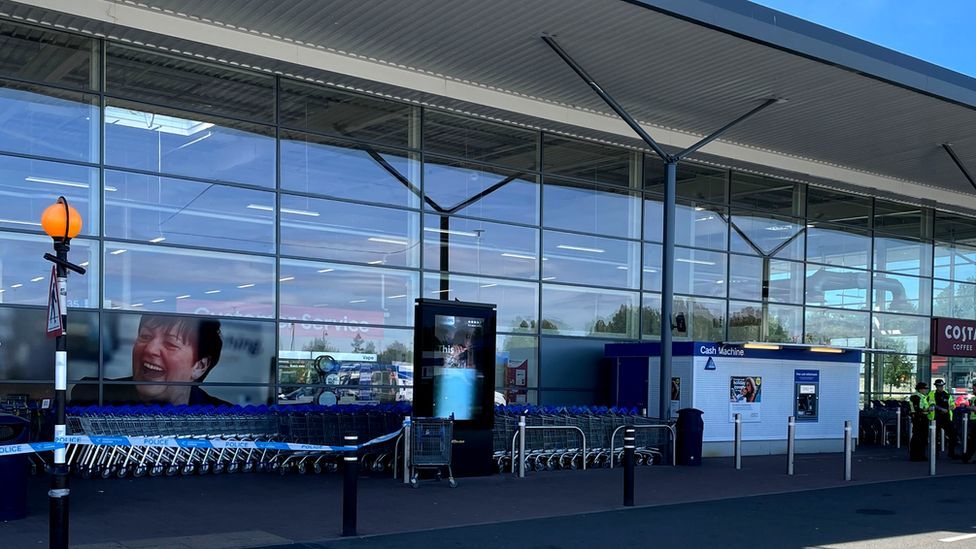 A Police Scotland spokesman said: "Officers were called to a serious assault at a premises on Dalmarnock Road, Rutherglen at around 13:30 on Saturday, 9 July, 2022. "A 25-year-old woman was taken to the Queen Elizabeth University Hospital. A 34-year-old man has been arrested in connection."