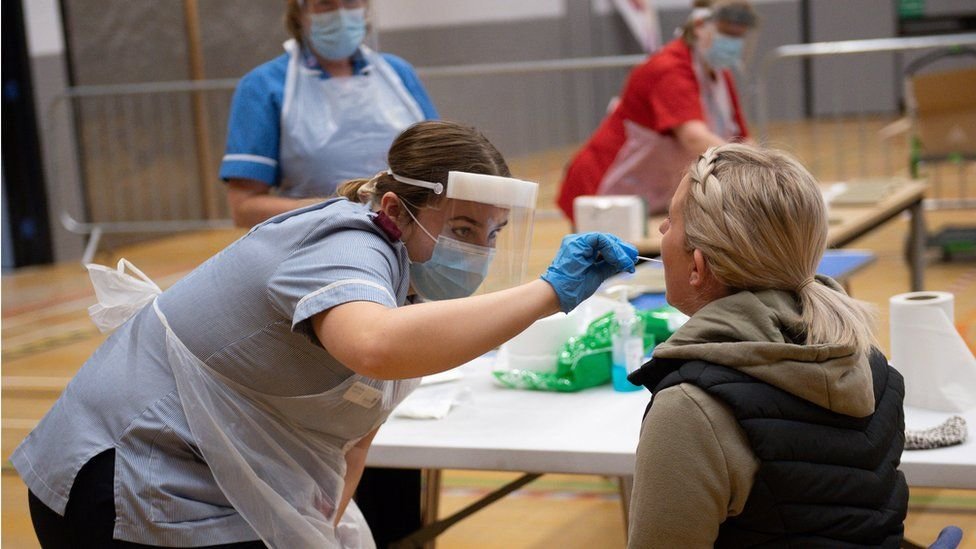 The mass use of rapid Covid tests has been defended by a senior NHS adviser, amid concerns over their accuracy.

Dr Susan Hopkins, chief medical adviser to NHS Test and Trace, said the lateral flow tests could identify many cases of infection in people without symptoms.

Speaking to the BBC, she accepted there had been "false negatives" but stressed the policy was a "game-changer".

A study found the tests missed 50% of cases and some scientists fear people could start to ignore health advice.

Meanwhile, a further 397 new coronavirus deaths were recorded in the UK on Saturday, with another 15,539 cases reported.

Mass testing is being introduced in England's tier-three "high-risk" areas and is starting in one of the areas hardest-hit by Covid-19 in Wales.

And more than million rapid tests are being sent to care homes in England over the next month to allow safe indoor visits.

However, an article in the BMJ medical journal raised concerns about the effects of rapid testing in Liverpool, where a pilot scheme was carried out. The lateral flow tests, which do not require processing in a laboratory, were reported to have missed half of all cases and a third of those with a high viral load who were likely to be the most infectious.

Dr Hopkins told BBC Radio 4's Today programme the tests had "limitations" but said they were helping diagnose asymptomatic cases that would otherwise have gone undetected.

She added: "What we are doing here is case detection. We are not saying people do not have the disease if their test is negative.

"We are trying to say [to people who test positive] 'You do have the disease and now we want you to go and isolate for 10 days.' That is a whole different game-changer."

However, Dr Hopkins said mass testing did not end the need for social distancing.

"We are also very clear that until we get a much lower prevalence of disease in this country that we shouldn't be changing our behaviours," she said. 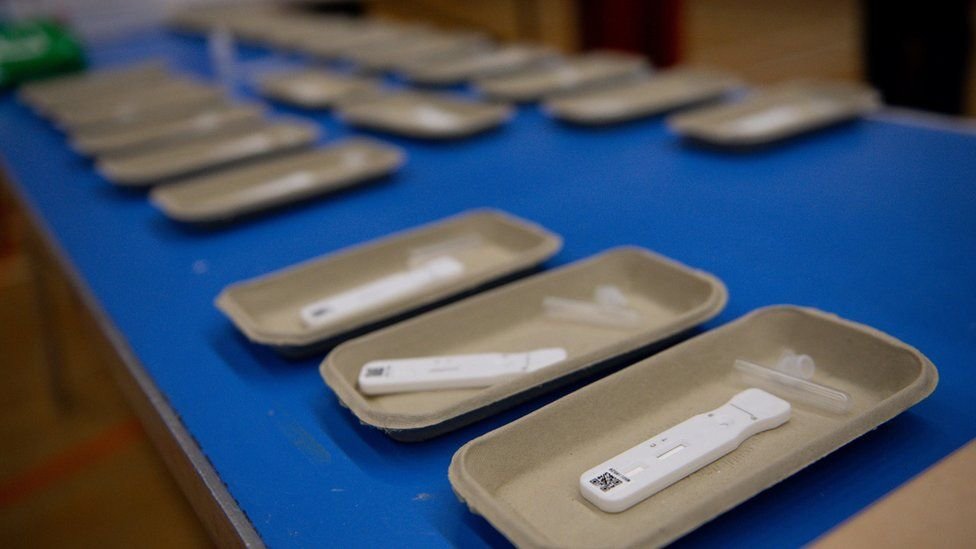 The pregnancy-style lateral flow tests are cheap to produce and provide results on the spot, unlike the standard nose and throat swabs which have to be sent off to a lab.

However, the higher number of false negative results means people may wrongly think they are not infectious.

Some scientists worry those people may go on to mix with more vulnerable people, putting them at risk.

But the government says the Liverpool trial showed rapid tests could break chains of transmission, and they will start to use them for the first time next week in Wolverhampton - where Covid cases are more than twice the average level in England. 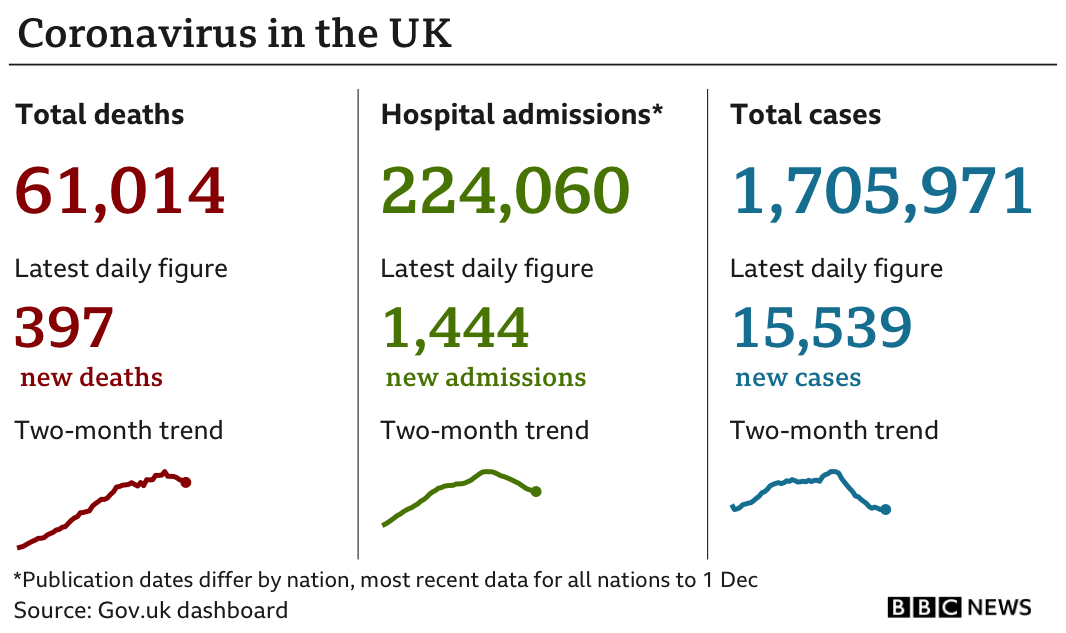 Dr Hopkins' comments came as the UK's chief medical officers warned the winter could be "especially hard" for the health service because of coronavirus.

Officials are preparing to begin using the Pfizer/BioNTech Covid-19 vaccine as early as Tuesday, with Scottish First Minister Nicola Sturgeon saying supplies have arrived in Scotland.

But in a letter to NHS staff, the chief medical officers of England (Prof Chris Whitty), Scotland (Dr Gregor Smith), Wales (Dr Frank Atherton) and Northern Ireland (Dr Michael McBride) said: "Although the very welcome news about vaccines means that we can look forward to 2021 with greater optimism, vaccine deployment will have only a marginal impact in reducing numbers coming into the health service with Covid over the next three months."

The rapid lateral flow tests work by taking a nose and throat swab, shaking it in fluid until any viral particles come off, and then dropping the fluid onto a plastic stick. They take about half an hour to show a result.

Some councils have raised concerns over their use, with Greater Manchester councils the latest to pause rapid testing for care home visitors.

Prof Jon Deeks, of Birmingham University, said lateral flow tests could not detect low levels of the virus and were being used in ways for which they were never intended.

"We can't see why the government is progressing with using this test when it is missing so many people," he told the BBC.

Prof Calum Semple, from Liverpool University and a member of the government's Scientific Advisory group for Emergencies, defended their use, saying more than a thousand coronavirus "transmission chains" had been broken during the pilot scheme in the city.