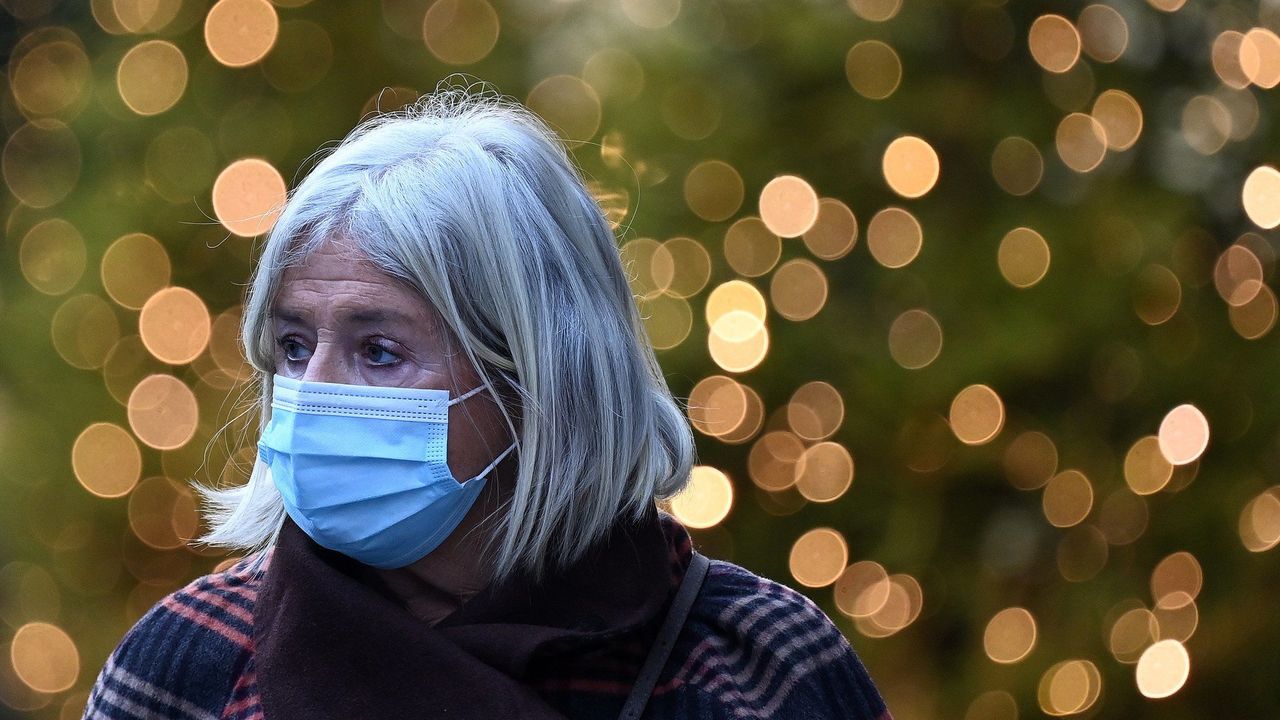 The UK has recorded the highest number of daily Covid-19 cases since the beginning of the pandemic, with 78,610 reported on Wednesday.

Speaking at a news conference, England's chief medical officer Prof Chris Whitty warned that records will be broken a lot in the next few weeks.

He added people should prioritise what matters with regards to social mixing in the run-up to Christmas.

Speaking alongside Prof Whitty, Prime Minister Boris Johnson said it was "absolutely vital" that everyone gets a booster jab.

He warned that in some areas the doubling rate for cases was now under two days, adding: "I'm afraid we're also seeing the inevitable increase in hospitalisations up by 10% nationally, week-on-week, and up by almost a third in London."

Prof Whitty said the country was experiencing two separate epidemics, one driven by the "very rapidly-growing" Omicron variant and the other by the Delta variant.

"I'm afraid we have to be realistic that records will be broken a lot over the next few weeks as the rates continue to go up," he added.

Asked whether people should be going to Christmas or New Year parties, Prof Whitty: "Don't mix with people you don't have to.

"[You] don't need a medical degree to realise that is a sensible thing to do with an incredibly infectious virus."

He encouraged people to take tests before visiting vulnerable people and to meet in areas of good ventilation or outdoors if possible.

The prime minister said the government was not cancelling Christmas events by restricting gatherings or closing pubs and restaurants, but cautioned people to think carefully about the socialising they did.

He said: "I said many times that I thought that this Christmas will be considerably better than last Christmas, and I stick to that."

Questions about whether restrictions should be introduced are going to grow the more cases rise.

That is understandable. But it is also important to remember restrictions don't stop the epidemic - they just prolong it.

They can be used to buy you time. Last winter the lockdown allowed the rollout of vaccines.

With more than 80% of the most vulnerable boosted the benefits of a lockdown are much lower this time.

The costs, however, are the same, perhaps greater considering what people have endured so far in terms of the harm to jobs, mental health and education.

What would change the equation significantly is if the NHS is going to be overwhelmed, which would deny people basic life-saving care.

Clearly the NHS is struggling, doctors are pointing out care is suffering, but the situation is very different from last winter when over a third of beds were occupied by Covid patients.

Will that happen again? The modelling released so far is unclear as there is so much uncertainty.

Hospital cases could peak at half the level of last winter under the best-case scenario, or approaching double in the worst.

Prof Whitty also urged "really serious caution" over reports a reduction in hospitalisations was being seen in cases of Omicron in South Africa.

He said the threat of the NHS being overwhelmed was very serious because of the "absolutely phenomenal pace" at which Omicron was spreading.

"I am afraid there will be an increasing number of Omicron patients going into the NHS, going into hospital, going into intensive cares," he said. "That will begin to become apparent, in my view, fairly soon after Christmas."

Cases have risen by nearly 20,000 in one day - on Tuesday, 59,610 confirmed cases were confirmed by the government. Hospital admissions tend to lag about two weeks behind cases.

The jump in cases follows the introduction of new measures in recent days, with mandatory face masks in most indoor settings and Covid passes for large events in England. 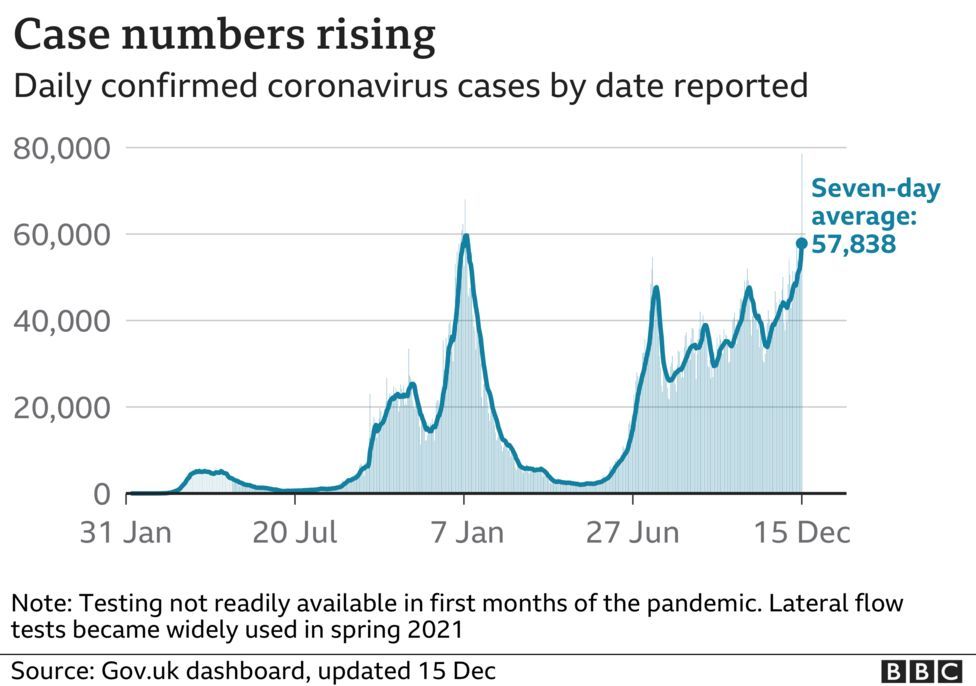 The message from England's top doctor was clear. He was at pains to repeat it several times: in the run-up to Christmas, stay at home unless it really matters.

His language about "prioritising" or "de-prioritising" events might have been less blunt. But under repeated questioning that was the clear implication.

That's not, though, a message the prime minister was willing, or perhaps able, to repeat.

The political pressure on him not to introduce more restrictions is intense after 100 of his backbenchers stuck two fingers up at him on Tuesday night by voting against part of his pandemic plan.

But Prof Whitty's message will likely be heard loud and clear: what we all do in the next few days and weeks will make a difference to how fast the pandemic spreads.

At the news conference, the prime minister said the government was taking the right approach currently, after being asked if more restrictions were needed given the case numbers.

Mr Johnson explained the Plan B measures and the booster campaign were a "double strategy" and vaccines were a "tool we didn't have a year ago".

There were 165 deaths of people who tested positive for Covid in the previous 28 days. 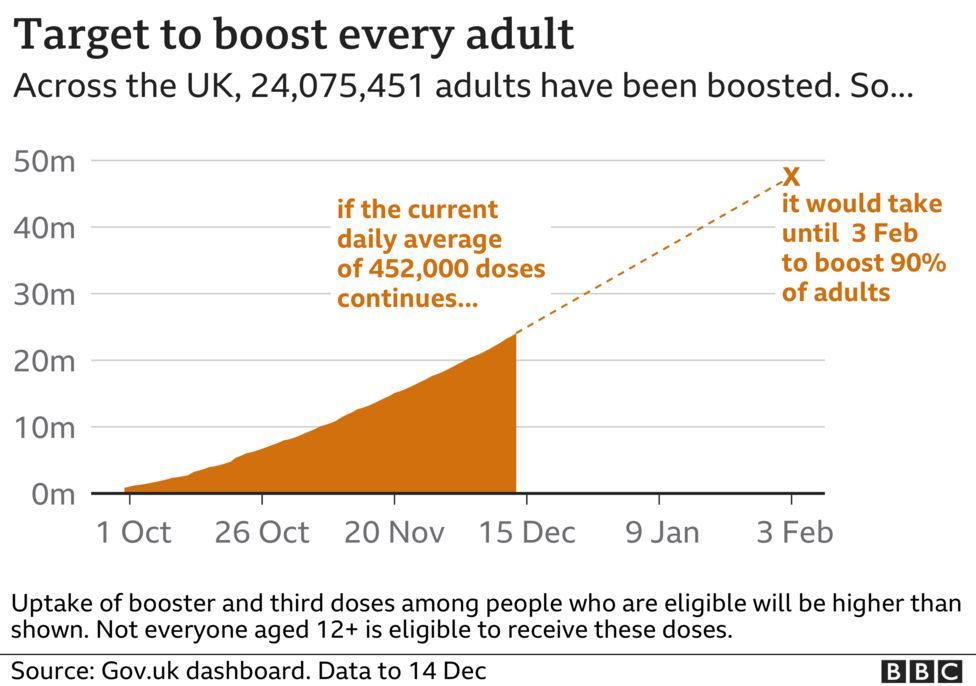 Concerns over the speed at which the Omicron variant is spreading in the UK have also been expressed by health officials.

The head of the UK Health Security Agency, Dr Jenny Harries, warned Omicron was "probably the most significant threat" since the pandemic began.

And the chief executive of NHS England said Wednesday's case numbers "should worry all of us".

Amanda Pritchard told the House of Commons Public Accounts Committee: "That is a stark reminder of why the current national mission to get Covid vaccination is the right one."

The Scottish government have advised people to limit socialising to three households at a time in the run-up to Christmas, as well as warning more restrictions could be needed.

Similarly, people in Wales have been told additional measures cannot be ruled out over Christmas, while the health officials in Northern Ireland have said re-introducing restrictions may be needed to cope with rising Covid cases. 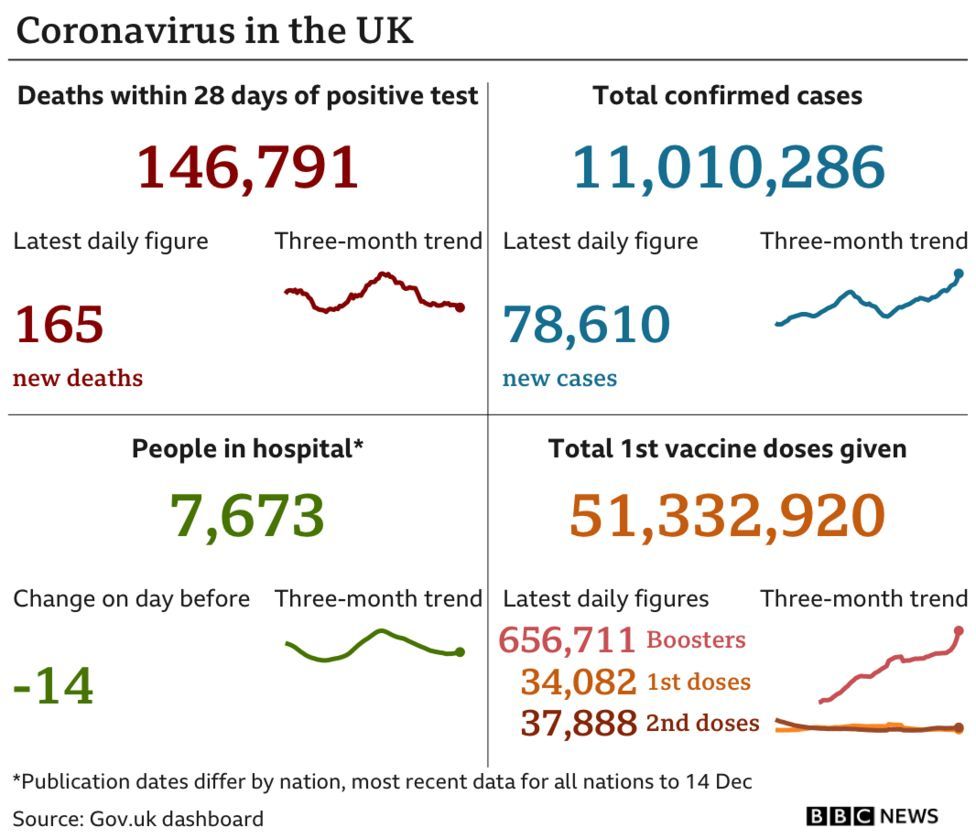