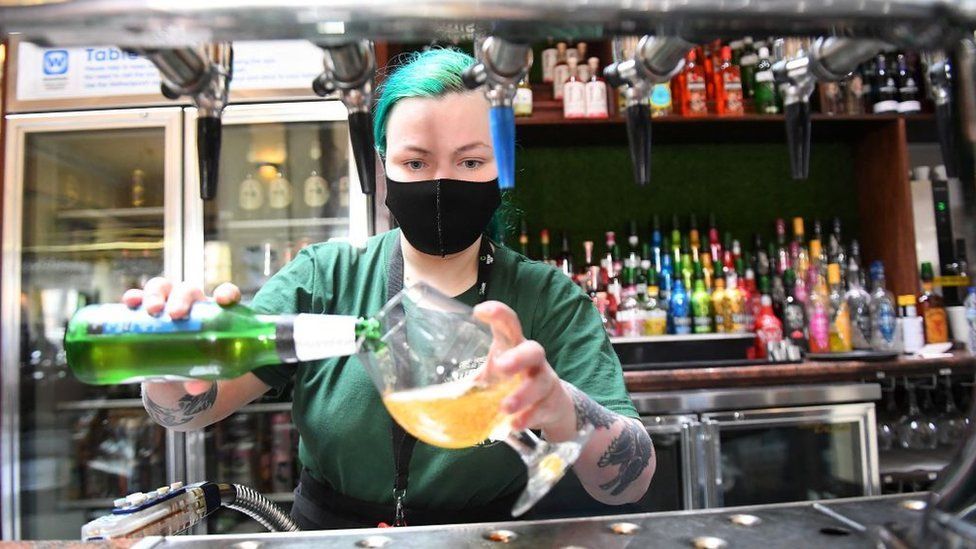 Covid: Most of Scotland moves to level 2 restrictions

All mainland council areas in Scotland - with the exception of Glasgow and Moray - have moved from level three to level two Covid restrictions.

The easing allows limited numbers of people to socialise indoors and lets pubs and restaurants serve alcohol inside until 22:30.

Most islands have moved straight to level one.

But on Friday she announced that the move to level two would be delayed by a week for both Moray and Glasgow after cases rose rapidly, particularly in the south of the city.

National clinical director Prof Jason Leitch warned on Sunday that Glasgow might have to remain under level three restrictions for longer if the rise shows no sign of abating. 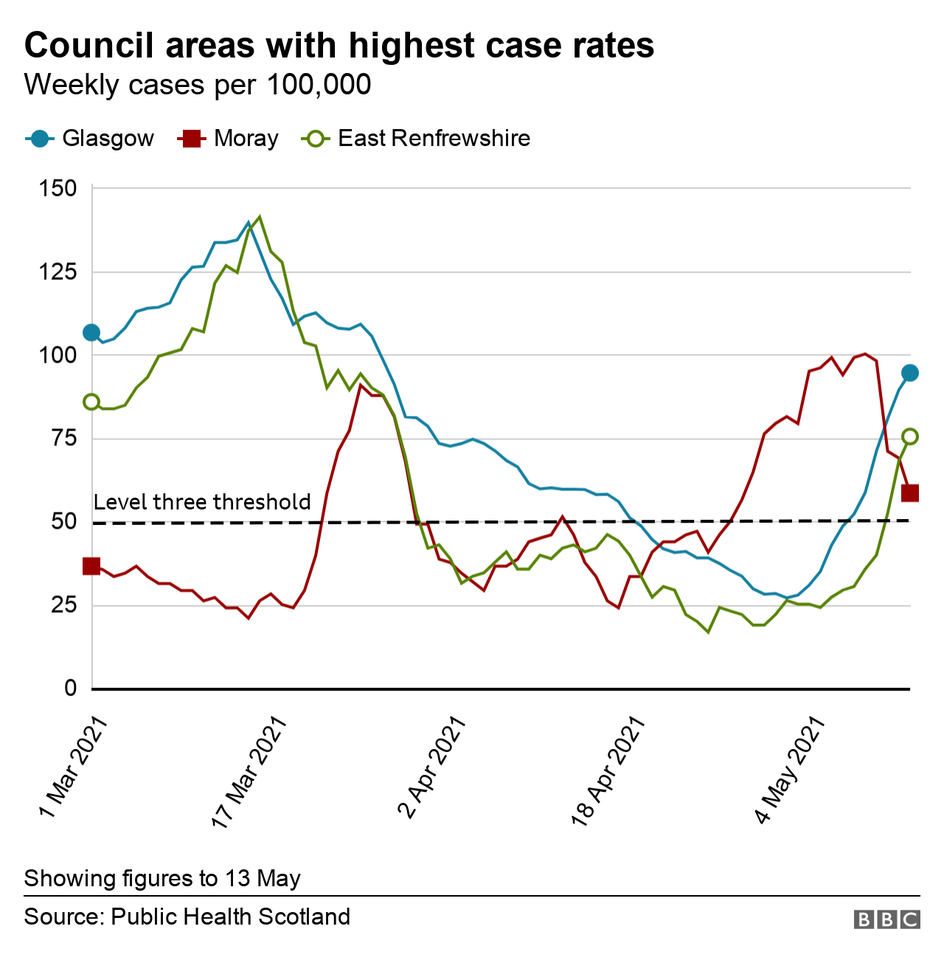 Latest figures from Public Health Scotland reveal East Renfrewshire - which has moved down to level two - has also seen a dramatic increase in infections over the past week, and has now overtaken the case rate in Moray.

Prof Leitch said there was evidence the outbreaks in Glasgow were being driven by the so-called Indian variant, whereas this was less of a factor in Moray.

In level two, people will be allowed to meet up inside each other's homes and no longer need to physically distance from family and friends in a private home or garden.

But travel to or from any area still under level three is no longer allowed unless for a permitted reason.

What does level two allow people to do?

*  Restaurants, cafés, pubs and bars can open indoors and serve alcohol until 22:30 with two-hour pre-booked slots

The traffic light system for foreign travel has also come into effect.

It means countries will move between green, amber and red status depending on their Covid cases and vaccination rates.

This will affect whether people returning to Scotland will have to self-isolate in an official hotel, at home, or not at all.

Places that will remain closed include soft play, funfairs, nightclubs and adult entertainment.