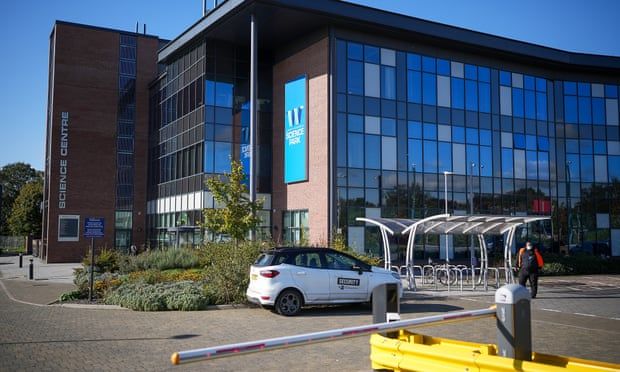 The laboratory at the centre of the Covid testing fiasco returned just four positive results out of more than 2,400 tests sent to it from one city, the Guardian has learned, raising questions about why it was not discovered sooner.

The positivity rate of just 0.2% from Sheffield tests sent to the Wolverhampton lab run by Immensa contrasts sharply with the national rate of about 5-8% at the time of the scandal.

Data released under freedom of information laws by Sheffield city council showed there were four positive results, 2,391 negative and 13 void results processed by the lab from 1 September until it was suspended in mid-October.

The disclosure also shows the scandal covers local authorities as far away from Wolverhampton as Yorkshire, with the UK Health Security Agency refusing to disclose which areas are affected beyond saying they are mostly in south-west England.

One expert suggested there should have been about 200 positive results based on prevalence figures from the time. Kit Yates, a senior lecturer in mathematics at Bath University, said the country needed to see a full list of all the walk-in/drive in centres that were affected.

“It’s all well and good notifying those people who were tested, but because of the nature of this communicable disease, this scandal now reaches well beyond those people,” he said. “The public deserve to know if their area was affected.” 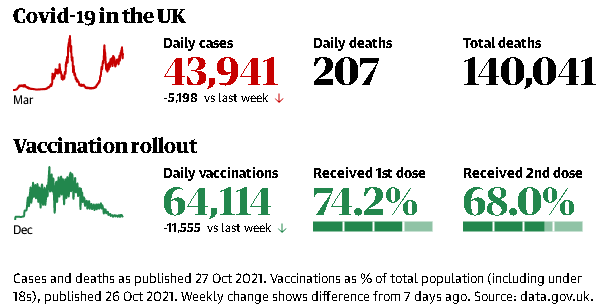 “It is absolutely astonishing that someone didn’t spot this,” he said. “Even in the absence of all the usual quality control measures which should have been in place, the raw numbers should have been enough for someone to raise the alarm within a day of the problem occurring.

“The public deserve reassurances about the testing process. Beyond that it needs to be made clear that there are consequences for labs which don’t do their jobs properly and whose mistakes results in higher-levels of infection, pressure on hospitals and ultimately in deaths.”

There is growing anger in south-west England about Covid rates, which are rising particularly in children aged 10 to 14. As of mid-October, some authorities were recording rates of more than 6,000 cases per 100,000 for this age group, meaning one in 16 were infected.

The councils in the country with the highest rates of more than 1,000 per 100,000 are all in south Wales and south-west England: Blaenau Gwent, Cheltenham, Tewkesbury, Stroud, Swindon, Mendip, Torfaen, Bath and North East Somerset and Caerphilly.

Doina Cornell, the leader of Stroud district council, called for an urgent investigation and more help for her area experiencing “cases rising in our district like never before”.

In a joint statement with local Lib Dem and Green leaders, the Labour councillor said: “Why did it take so long for this failure to be detected and how many thousands of people has it affected? We can’t afford for mistakes like this to happen during a pandemic.

“We call on the government to bring in urgent extra measures to get cases down quickly, such as mask wearing and extra ventilation in enclosed spaces and extra support for people needing to isolate … People who have done all the right things are now ill with Covid and angry that the government has denied any link between the test failures and increasingly high numbers of local cases.”

Asked for a breakdown on the areas affected by wrong results from the Immensa lab, Dr Will Welfare, the incident director for Covid-19 at the UKHSA, said: “We suspended testing at the Immensa Wolverhampton laboratory following an ongoing investigation into positive LFD results subsequently testing negative on PCR. Those affected were contacted as soon as possible.

“A full investigation remains ongoing and we will provide an update in due course. There is no evidence of any faults with LFD or PCR test kits themselves and the public should remain confident in using them and in other laboratory services currently provided.”