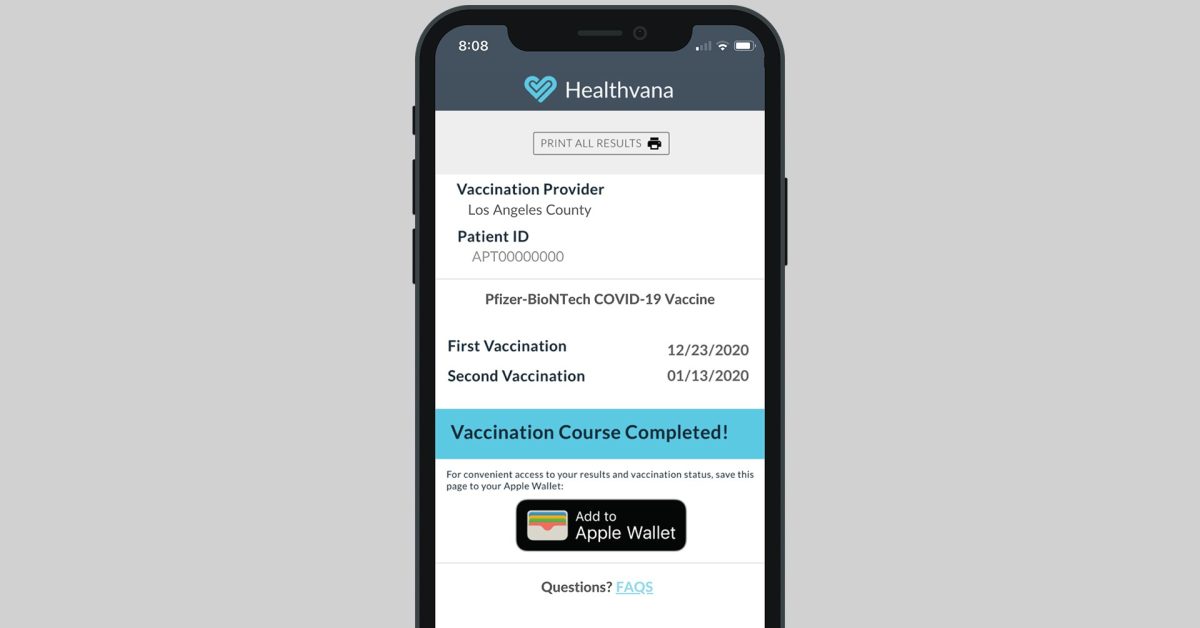 As the COVID-19 vaccine has begun to be distributed in the United States, Los Angeles County has developed a new way to let its residents prove that they have taken the vaccine. Citizens can now add the COVID-19 vaccination proof in the Apple Wallet app and in Google Pay for Passes.
As reported by Bloomberg, this integration was made possible thanks to a partnership between Los Angeles County and the startup Healthvana, which specializes in delivering test results to patients for HIV and other sexually transmitted infections, and now, the company does the same for COVID-19 test results.

The main idea of the virtual ticket is to use it to remind people to take the second dose of the vaccine, besides certifying who has already taken the two doses. However, since this ticket can be easily accessed on your phone, it also works as proof that you have taken the COVID-19 vaccine.

“It will also give recipients a way to verify they have been vaccinated, which they can put into an Apple Wallet or competing Google platform “to prove to airlines, to prove to schools, to prove to whoever needs it,” said Healthvana Chief Executive Officer Ramin Bastani.”

Last week, Los Angeles County broke its record of COVID-19 deaths, so it’s doing everything it can to distribute the vaccines “as quickly as humanly possible,” said Claire Jarashow, director of vaccine preventable disease control at the county’s Department of Public Health.

Of course, for those unfamiliar with technology, there’s still a paper card to track the vaccines they have received. At the same time, there are some concerns about such data being stored online due to possible compromises of personal information, but Healthvana says that the company stores everything as securely as possible on Amazon Web Services servers that are in accordance with HIPAA.
#COVID-19  #vaccine  #Covid  #Vaccines
Add Comment