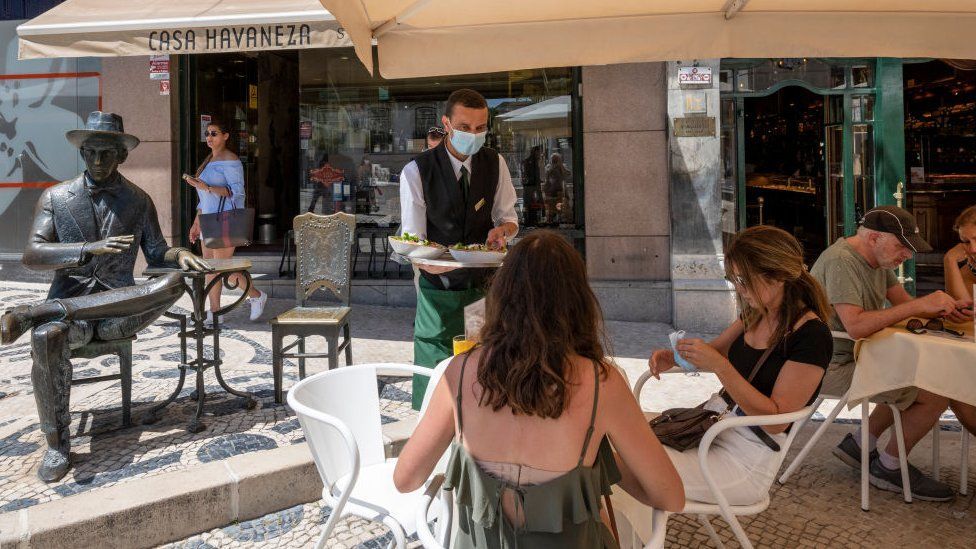 Holidaymakers from England, Scotland and Wales are expected to jet off for some early summer sun from Monday as the ban on foreign holidays is lifted.

Travellers will now be able to visit 12 countries on the government's green list, including Portugal and Israel, without isolating on their return.

But the vast majority of tourist destinations remain on the amber and red lists, meaning travellers must quarantine when they get back.

And that has hit demand for holidays.

It said 75% of its bookings were for Portugal, although Thomas Cook customers planning to jet off this week numbered only in their hundreds.

On Friday, Portugal announced that travellers from the UK would be allowed to enter its borders provided they could show a negative PCR test result from the previous 72 hours.

That led to an increase in demand for flights to the country. Tui, which has 19 flights scheduled from the UK to Portugal next week, said eight of those would now be on a Boeing Dreamliner, which can carry up to 345 people.

Due to a surge in demand for landing slots at Portugal's airports, Tui was unable to put on more flights so it decided to use the larger planes, which are normally used for long-haul flights and can carry almost twice as many people as the Boeing 737s that it had planned to use.

Many of those who do intend to get away plan to do so in style. Thomas Cook reported that 85% of customers had booked four or five-star hotels. Before the crisis, only around half of people chose to splash out on that kind of luxury.

Hays Travel has noticed a similar trend. At present around half of its customers are booking for next year but it highlighted a "cautious optimism" among travellers following an almost four-fold increase in bookings for Portugal this summer.

"People are upgrading to better destinations and accommodation, spending more to treat themselves," he said. "Cruises both around Britain this summer and worldwide are very popular." 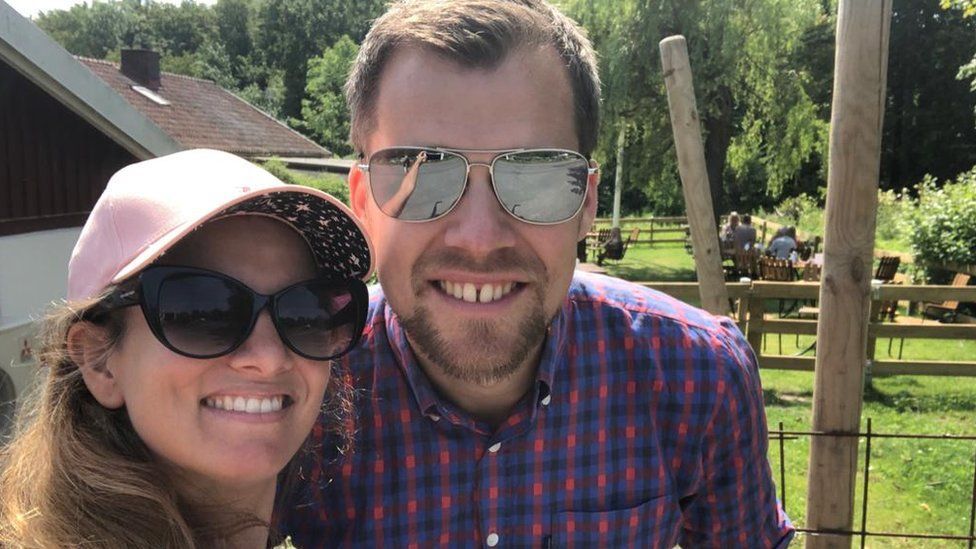 For those making their escape on Monday, the process has been "far from smooth", according to Håkan Jönsson, who plans to fly to Faro from London with his fiancé Vanessa and their three-month-old baby.

"It feels like we are all a bunch of guinea pigs," he told the BBC. "Thankfully we got there in the end, but it has been stressful organising all the tests and documentation at such short notice."

Nevertheless, he said he was nervous about the flight in case there is something they have missed - "despite checking the requirements about a hundred times".

"On top of that we had some issues with the online check-in with BA and it was very hard to get hold of someone."

He and his family do not have much planned.

"We are just looking forward to some sun by the pool or by the beach, some nice lunches out and dinners at the hotel," he said.

"We will be super careful because of Covid as we want to make sure that we are allowed back into the UK without any problems."

While travel from England, Scotland and Wales is permitted to the 12 countries on the green list, most of the destinations are either remote islands or do not currently allow UK tourists to enter.

And the government is advising people not to make non-essential trips to locations on its amber list, which covers popular destinations such as Spain, France, Italy and Greece. However, the guidance is expected to be ignored by some holidaymakers.

EasyJet and Tui have both said that they will operate holidays to countries classified as amber, provided Foreign, Commonwealth and Development Office (FCDO) does not advise against "all but essential" travel.

The majority of countries around the world are in the amber category, meaning that arrivals from these places to the UK are required to quarantine at home for 10 days as well as taking a Covid test before departure and two more on arrival.

In a statement last week, an EasyJet Holidays spokesperson said: "We want holidays to go ahead for as many of our customers as possible this summer, and we recognise that the discrepancy between countries on the amber list and the FCDO's 'all but essential travel' warnings are confusing for holidaymakers and the industry alike.

Tui said: "We want to offer our customers flexibility and choice this summer, so where borders are open and FCDO advice allows travel, we will operate to those destinations."

From Monday, people travelling abroad will be able to use the NHS app - which is different to the NHS Covid-19 app - to prove they have had the vaccine.

Transport Secretary Grant Shapps previously said people who have had both doses will be able to use the app at border controls, although the government says people should still check countries' entry requirements as tests or quarantine might still be needed.