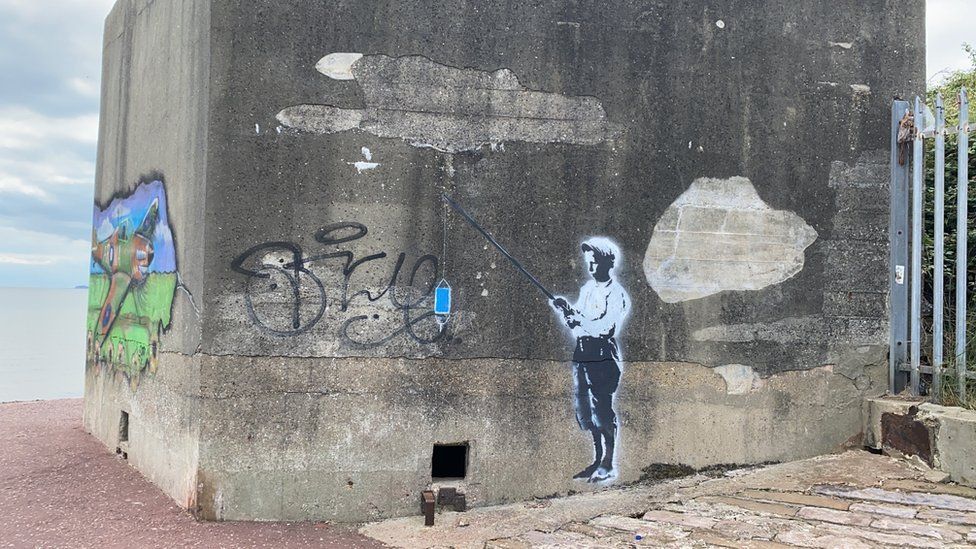 A council which was criticised for painting over a Banksy mural has put security at the site of a new artwork it hopes is by the elusive artist.

The mural of a boy holding a fishing rod with a blue face mask attached to it was first spotted early on Wednesday, on the sea wall at Stone Pier in Harwich, Essex.

It was criticised in 2014 for painting over a Banksy mural in Clacton-on-Sea.

With regards to the artwork of the boy fishing, a spokesman said: "We immediately put security in place and are taking further steps to protect this artwork as we await confirmation that it is indeed the latest piece of the artist's 'Spraycation' in East Anglia."

Earlier this month, 10 murals by Banksy appeared in various locations across Norfolk and Suffolk, in what the artist dubbed as "A Great British Spraycation". 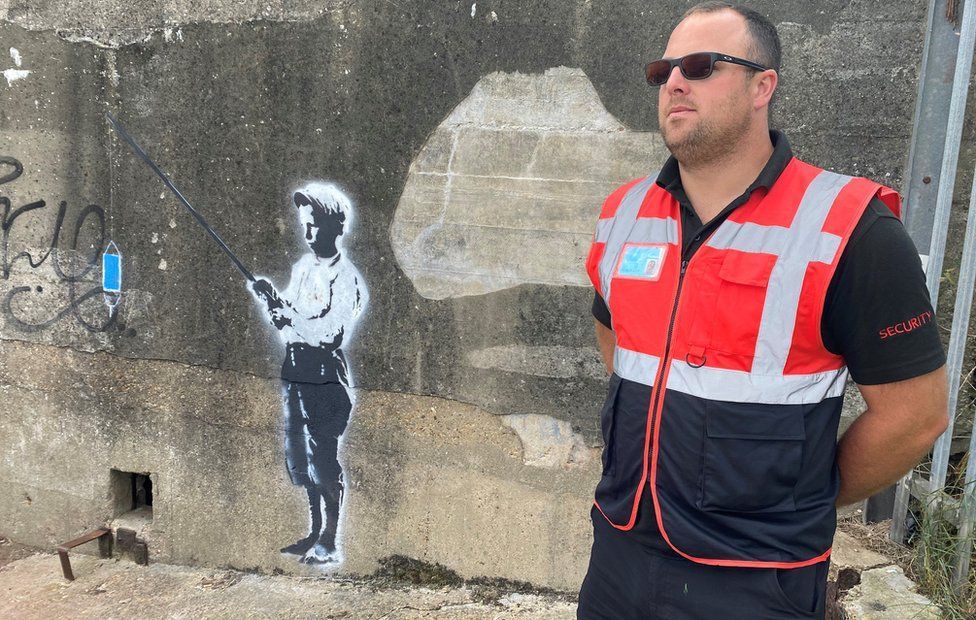 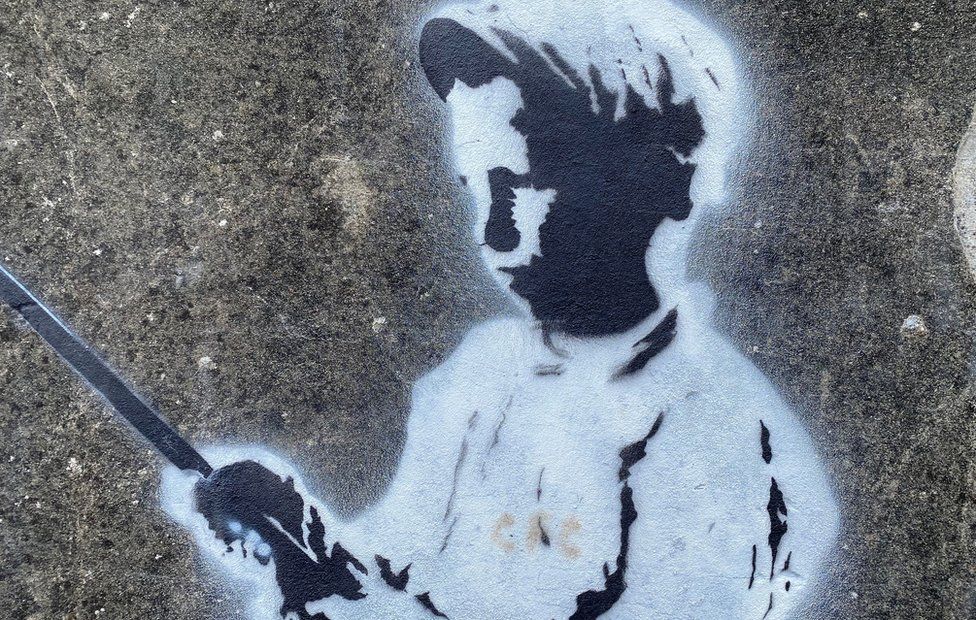 It was removed before the artist had claimed the work on his website, with the council saying it had received a complaint that it was "racist".

The mural of the boy fishing is on a building which also features an artwork created by Aroma in 2019. The street artist highlighted the new mural on his Instagram account earlier, asking if the work was by Banksy.

People have been gathering around the work and posing for photos alongside it. 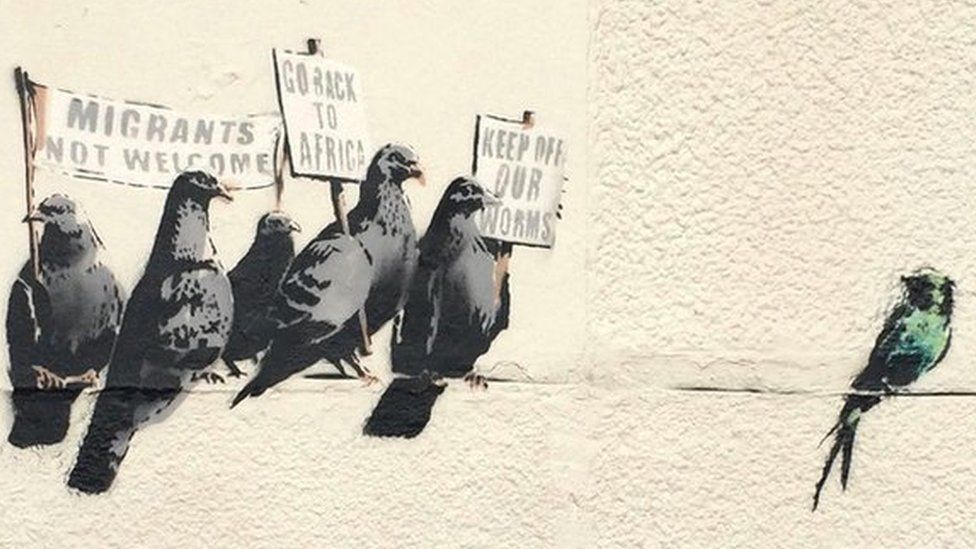 Tendring District Council received about 40 messages from the public about the removal of the mural, with just one in favour of the action