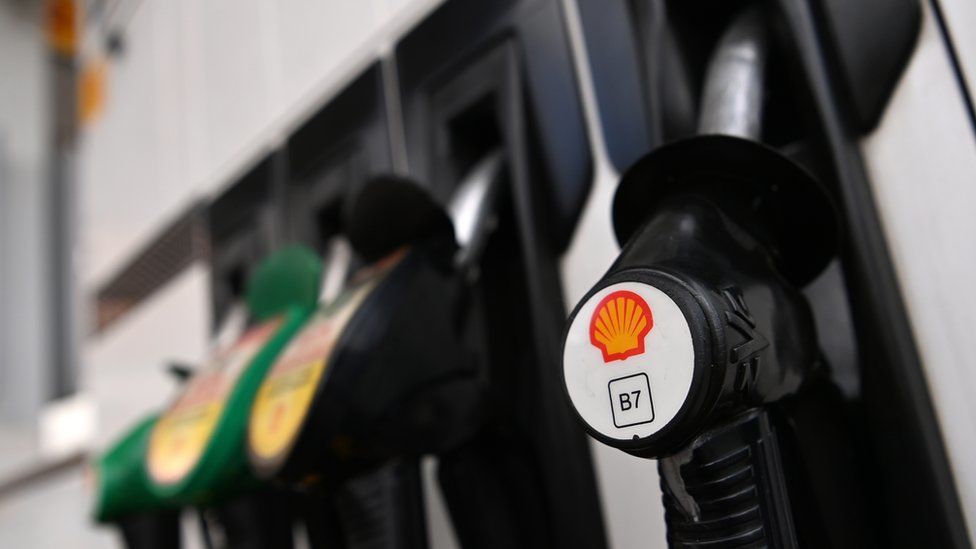 Cost of living: Labour to call vote on windfall tax for oil and gas companies

Labour will call for a vote on Tuesday to introduce a windfall tax on oil and gas companies, saying it is shameful not to introduce the measure to help tackle the rising cost of living.

Shadow minister Ed Miliband told the BBC it was obscene the government had refused to bring in the policy.

A windfall tax is a one off levy on companies enjoying unexpected profits.

Business Secretary Kwasi Kwarteng said it was a bad idea that would deter firms from investing in the UK.

But a Treasury source said the option was "not off the table".

Opposition parties have repeatedly touted the idea of a windfall tax on the record profits of oil and gas companies, saying the money raised could be used to help those struggling the most with rising living costs.

Ministers had dismissed the policy, but attitudes within government appeared to warm this week, with Chancellor Rishi Sunak threatening to introduce the measure if the firms did not invest enough in new projects.

Prime Minister Boris Johnson also said the government would have to look at the proposal if not enough investment was made.

Despite Mr Kwarteng's comments, a Treasury source told the BBC that the chancellor remained pragmatic about the idea and he still held the same position as earlier in the week.

Labour's shadow chancellor, Rachel Reeves, accused the cabinet of being in "complete chaos" over whether to back the tax.

Households in the UK are being hit with rising costs when it comes to fuel, energy and food, as inflation reaches a record high in the country.

Labour, the SNP and the Liberal Democrats have all proposed using a windfall tax to raise money to support the hardest hit.

A debate on the Queen's Speech is to be held on Tuesday, and Labour will put forward an amendment to allow the Commons to vote for or against the measure.

Shadow climate change secretary - and former party leader - Mr Miliband told the BBC's Sunday Morning programme it would give Conservatives MPs a choice, saying: "You can vote for a windfall tax or you can explain to your constituents why you are refusing to provide them the help that they need."

He added: "I think it is obscene, frankly, that we have as a result of surging energy bills, oil and gas companies making billions of pounds in our country and the government refuses to put a windfall tax on them. It is shameful.

"The case for a windfall tax now is unanswerable... Everyday that goes by is sleepless nights for millions of people with this government refusing to help."

Mr Kwarteng said the government had already put forward £9bn of support for those struggling with their bills, including a £150 council tax rebate for rate payers.

He said it was right for the chancellor not to "take anything off the table" four months ahead of the government's next budget.

But despite hints at a change of direction from the government, the business secretary told Sunday Morning his own view was that he did not believe in windfall taxes.

The minister said also called the policy a bad idea, and an old one, saying: "I am not surprised that a Labour frontbencher is saying we should put up taxes - that's not something that is new to me."

Ed Miliband: It's shameful not to bring in a windfall tax
Kwarteng: I don't believe in windfall taxes
#Boris Johnson  #Johnson
Add Comment