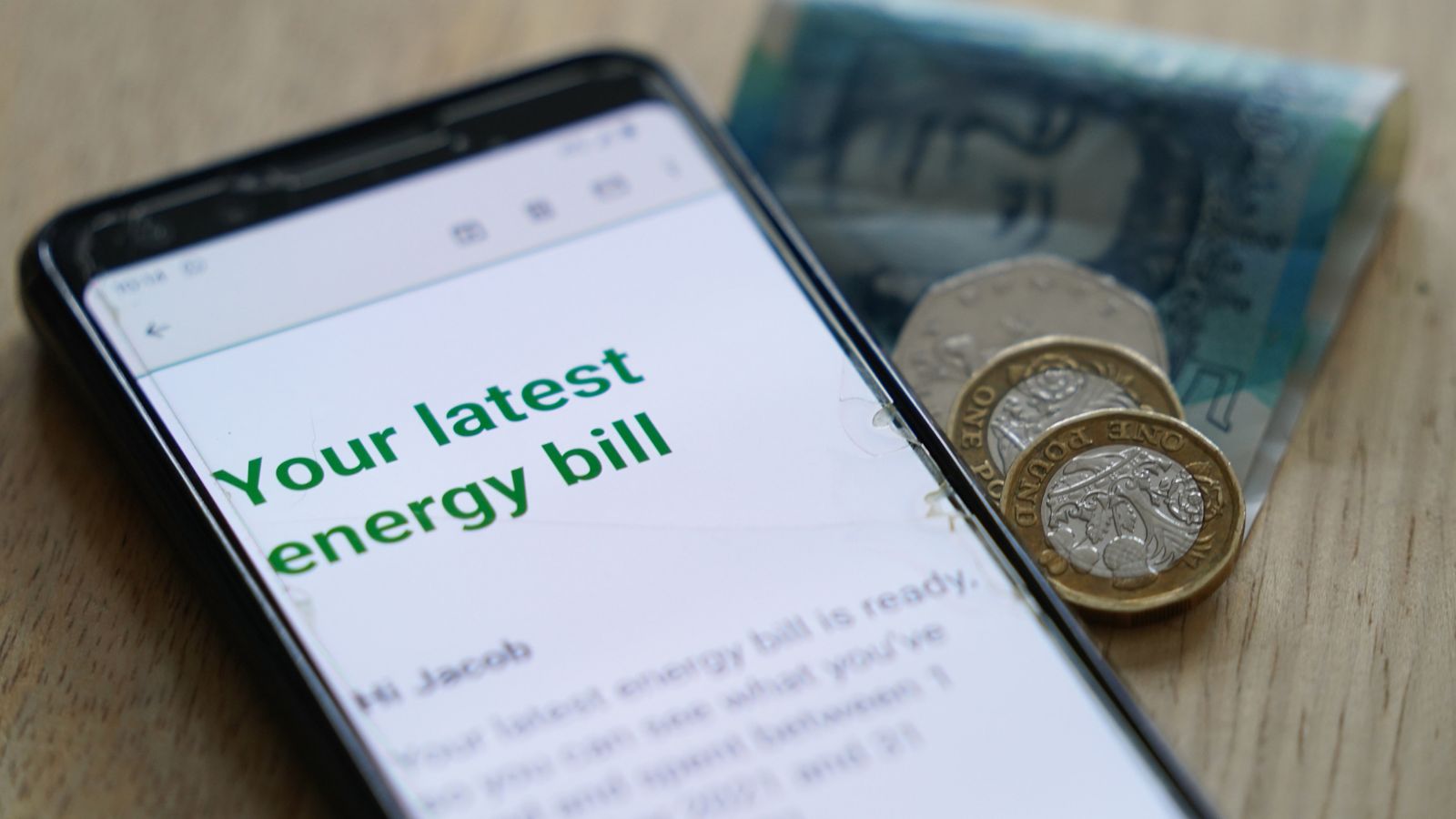 Crisis talks will take place between energy sector bosses and the government tomorrow after the price cap was forecast to hit more than £4,200 in January.

Chancellor Nadhim Zahawi and Business Secretary Kwasi Kwarteng will ask gas and electricity company executives to submit a breakdown of expected profits and payouts as well as investment plans for the next three years.

Confirming the meeting on Sky News, Education Secretary James Cleverly said: "The chancellor and the business secretary have hauled in the leaders of the energy companies to hold them to account, to discuss with them what they are going to do with these unexpected, unplanned, unprecedented profits that they have been making because of that sudden spike in energy prices caused by Russia's invasion of Ukraine."

Mr Cleverly also failed to deny there could be blackouts this winter, but did say the UK was in a "better position than many in terms of our domestic energy production".

Leaked government documents have warned a "reasonable worst-case scenario" could see outages for homes and businesses in January if there is a combination of below-average temperatures and a drop in gas imports, according to reports.

In a new dire outlook for households, Cornwall Insight said bills are set to soar to around £3,582 in October, from £1,971 previously, before rising even further in the new year.

Millions of UK homes are already in debt over their energy bills - with £1.3bn owed, even before bills are set to soar by more than 80%, according to analysts at Uswitch.

Calls have been growing for Boris Johnson, Liz Truss and Rishi Sunak to hold emergency talks to thrash out a new financial package of measures before the Tory leadership contest is over.

But last night Ms Truss branded that proposal a "kangaroo committee" and ruled out widespread cash handouts to deal with the crisis as "Gordon Brown economics".

The former Labour prime minister has been leading the charge for further action after a report he commissioned found families are £1,600 worse off due to the cost of living crisis, even after government help is taken into account.

There have been questions as to why the party's current leader Sir Keir Starmer hasn't been as vocal as his predecessor.

Asked about his whereabouts on Sky News, shadow education secretary Bridget Phillipson said: "Keir Starmer like everyone is entitled to a holiday, that's perfectly fine. You'll be hearing a lot more from us soon about the additional support that we need to put in place for families."

The Lib Dems have demanded parliament be recalled from its summer recess to pass a law to scrap impending hikes in energy prices.

Leader Ed Davey has set out how he would deal with the energy crisis, saying a new "energy furlough scheme" should be brought in, and the government should absorb the £36bn cost of the hike.

But Ms Phillipson said that it was "a bit hard to take lectures from Ed Davey".

"He was secretary of state responsible for energy and climate change in the Conservative-Lib Dem government", she said.

"It was his government's failure to plan for the long term, to deliver a new generation of nuclear power stations, to insulate our homes, that cut back on renewable energy, that has left us in this position."

Mr Cleverly, who is backing Ms Truss in the leadership race, said the solution was more complex than demanding a recall of parliament "so all these problems go away".

He said the government's ultimate aim was to bring energy costs down but that this will take "international effort as well as domestic politics".

In further developments on Tuesday, the chief secretary to the Treasury said that the government is working on a package of cost of living support for the next prime minister.

In a series of tweets, Simon Clarke said it is "absolutely right to consider these options in the round" when the new leader takes the reins, rather than announce "new uncosted policies" during the election period.

It comes after Money Saving Expert's Martin Lewis called on the two Tory leadership contenders to bury their differences to tackle the problem together, warning the country was facing a "national cataclysm".

He said the "zombie government needs to wake up sooner than 5 September", when the new Tory leader and prime minister will be announced, as the new bill predictions are "unaffordable for millions".

However, the calls appear to have fallen on deaf ears as the two contenders continue to clash over their economic plans.

Rishi Sunak has promised to give "hundreds of pounds" more to people for energy bills, while Liz Truss has insisted her priority is driving through tax cuts to kick-start the economy.

On Wednesday, the Truss campaign claimed to be in touch with other Sunak-supporting MPs who could follow in Tory MP Chris Skidmore's footsteps after he defected.

They said the former chancellor's "flip-flopping" on the economy could potentially trigger a "bigger exodus" from his camp.

But Mr Sunak's team hit back saying Ms Truss' plan for the cost of living crisis was "clear as mud" after she insisted she was not ruling out further direct support, despite her comments about handouts.