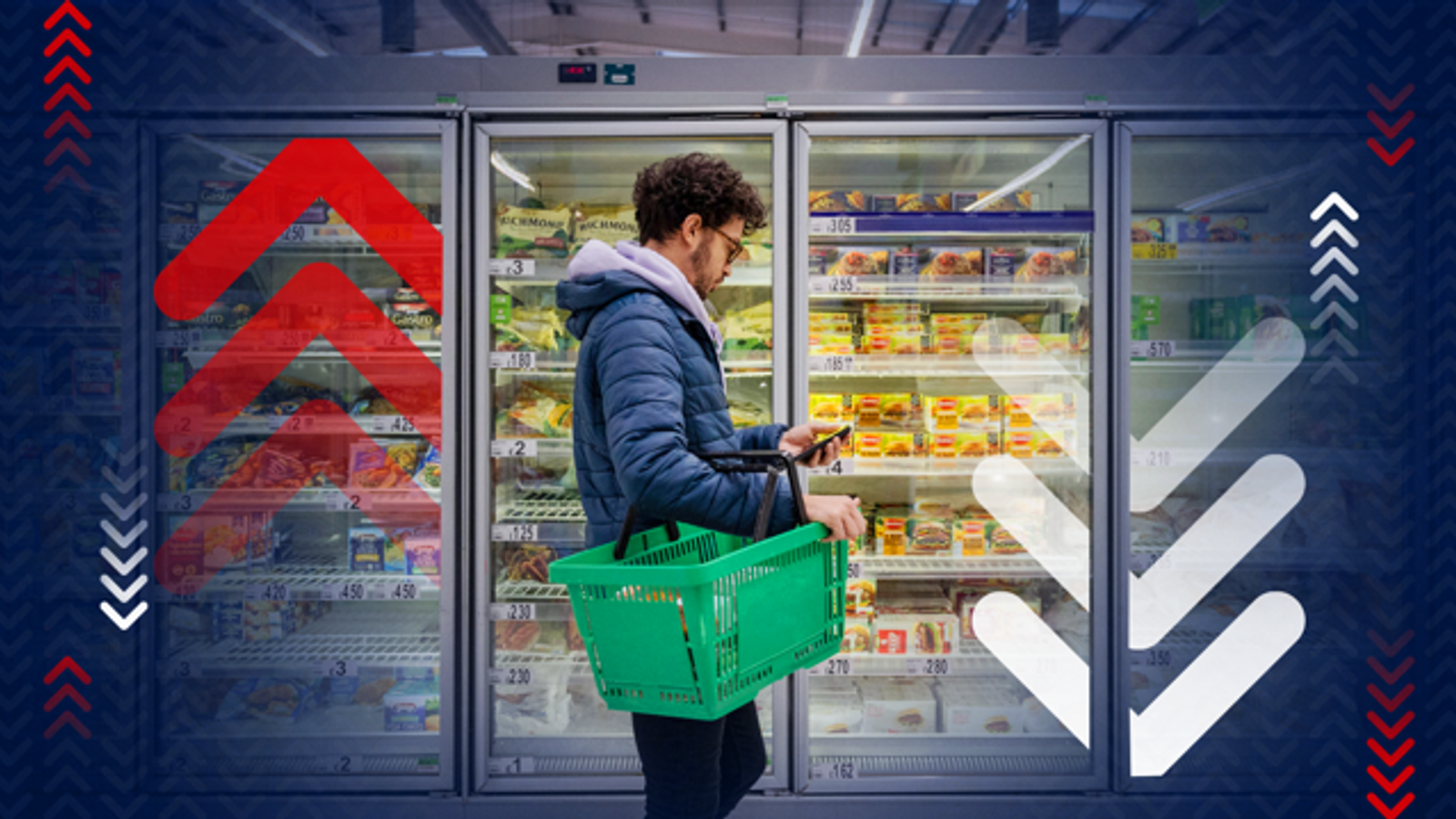 Estimates suggest such a VAT cut would save the average household more than £1,300 a year - but rival Rishi Sunak says the plan is "incredibly regressive".

Liz Truss is considering a "nuclear" option that could see VAT cut from 20% to 15%, according to reports.

A source told Sky News that Ms Truss "will consider options to help people, but it would not be right for her to announce her plans before she has been elected prime minister or seen all the facts".

Estimates suggest such a VAT cut would save the average household more than £1,300 a year, while the Institute for Fiscal Studies said it would cost taxpayers £3.2bn a month, or £38bn for a year.

A source close to Ms Truss's discussions told The Sunday Telegraph: "They [the Treasury] have talked about the Gordon Brown approach that he took at the time (of the financial crisis), when it looked as though consumer confidence was falling.

"They are talking about the last big economic shock that hit the whole economy and consumers in 2008, and the Treasury's response to that."

And another claimed she "doesn't have time" to offer targeted support, warning: "People are going to start going out of business from the minute she takes office."

Liz Truss and Rishi Sunak have been under growing pressure to say how they will help the millions of Britons struggling with record energy prices and inflation.

Conservative MP Simon Hart, who is backing the former chancellor in the leadership race, told Sky News any plan to tackle the cost of living crisis needed to be "serious, affordable, and targeted".

He defended Mr Sunak for not declaring "precisely" how much he would invest, arguing it would be "irresponsible".

Other possibilities being considered by Ms Truss include extending the 5p cut in fuel duty beyond March, and resuming help for businesses that was seen during the worst of the COVID-19 pandemic, such as a larger reduction in VAT for hospitality, tourism and agriculture.

"Without intervention, we will sadly see closures like never before in our lifetime. It's criminal."

He retweeted a post from the owners of the Rose and Crown pub in Merseyside, which said it had received a quote of £61,000 for its electricity bill.

The Sunday Times said Ms Truss's team is also considering lifting the personal tax-free allowance, raising the point at which people pay the 40% rate of tax, and cutting the basic tax rate below 20%.

An insider told the newspaper that if Ms Truss decided against immediate tax cuts, they could be incorporated into a longer-term review of the tax system, which she is expected to announce alongside a fiscal package.

Mr Sunak wrote in The Times on Saturday that help with energy bills should be directed at low-income households and pensioners, delivered through the welfare system, winter fuel and cold weather payments.

He also acknowledged that providing "meaningful support" would be a multibillion-pound undertaking".

A Treasury spokesperson said the department is making the "necessary preparations" to ensure the next government has options to deliver extra help "as quickly as possible". 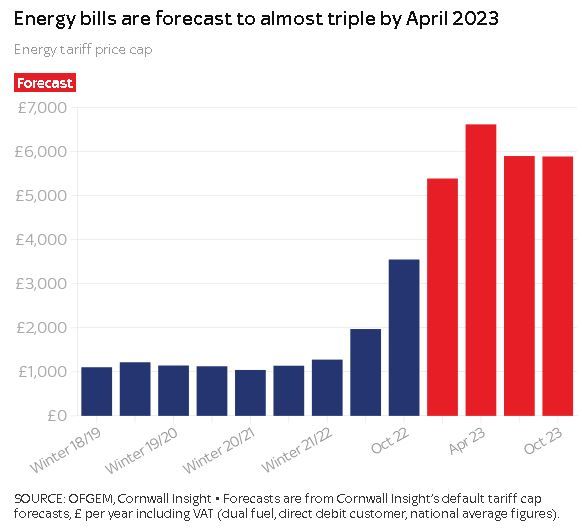 Meanwhile, in his final days as PM, Boris Johnson said that the UK's future "will be golden", despite some "very tough" months ahead.

Writing in The Mail On Sunday, he blamed Vladimir Putin for the worsening crisis, saying: "It was Putin's invasion of Ukraine that spooked the energy markets. It is Putin's war that is costing British consumers.

"That is why your energy bill is doubling. I am afraid Putin knows it. He likes it. And he wants us to buckle."

Last week, energy regulator Ofgem announced that the price cap would rise by 80% from October, meaning a typical default tariff customer will pay £3,549 a year.

The latest predictions from energy consultancy Cornwall Insight are that the price cap will breach £6,600 in April.

It prompted calls for more government help directed at the most vulnerable, but Chancellor Nadhim Zahawi said that even those on higher salaries could struggle in the months ahead.

He says Britons on £45,000 may also need support to pay their energy bills.