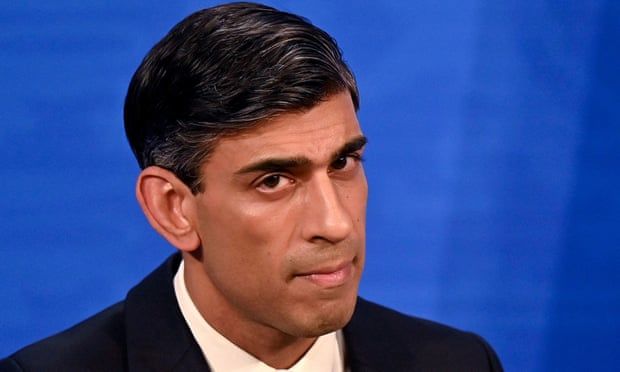 Boss Tony Danker wants chancellor to aid households skipping or having smaller meals as energy bills soar
Pressure on the government to help those hardest hit by Britain’s cost of living crisis has intensified after the head of one of the country’s leading employers’ groups said immediate support was a “moral imperative”.

Tony Danker, the director-general of the CBI, said Rishi Sunak should step in to provide assistance to households skipping meals as a result of rising food and fuel bills.

Figures on Wednesday are expected to show the annual inflation rate rising above 9%, and Danker said it was “unacceptable” that people were faced with the choice of whether to heat their homes or eat.

Sunak has pledged to provide more support for people affected by the latest sharp rise in energy prices triggered by Russia’s invasion of Ukraine, and Danker called on the chancellor not to wait until the autumn before acting.

While urging caution about bowing to demands from some Tory MPs for a tax-cutting summer mini-budget, the head of the CBI said Sunak should move on two fronts at once.

“The first is to help people facing real hardship now; it’s the moral underpinning of our economy and society,” Danker said. “Recent surveys suggest more than one in 10 households have skipped – or had smaller – meals in the past month because of a lack of affordability, while about half a million more households are expected to face choices between heating and eating. Putting pounds in the pockets of people struggling the most should not be delayed.

“Secondly, start stimulating business investment now – we will need to ensure that there is economic growth in the pipeline to avoid any downturn in our economy that could worsen or prolong the cost-of-living crisis.”

Danker said many of the people running UK businesses had never experienced the current combination of high inflation and weak growth, adding that confidence in boardrooms and among investors had been hit.

Danker called for a five-point plan to boost investment: cashflow support for firms; a commitment to green growth; setting out a roadmap for infrastructure; ensuring money already announced flowed into the economy; and unlocking investment in digital.

“The chancellor’s clear intention to use a forthcoming budget to cut taxes on business investment should become a firm commitment now,” he said. “It will ensure that any firm pausing on investment now will be bold, decisive and back their original plans. This matters for everyone because it guarantees that any slowdown in growth will have a short and shallow shelf life.”

“We do need to avoid big injections to economic demand that might worsen inflation, and focus on getting the supply side of our economy moving. So big economic boosters should be deferred until safe to do so. Government should stay flexible and support the economy in the right way at the right time.”

The CBI is opposed to financing a support package through a windfall tax on North Sea energy companies, but would back Sunak if he decided to target poorer households through a one-off payment or an increase in universal credit.

Energy bills for the average household rose by almost £700 to just under £2,000 a year in April, and the Bank of England is expecting a further £800-a-year rise in October.
Add Comment