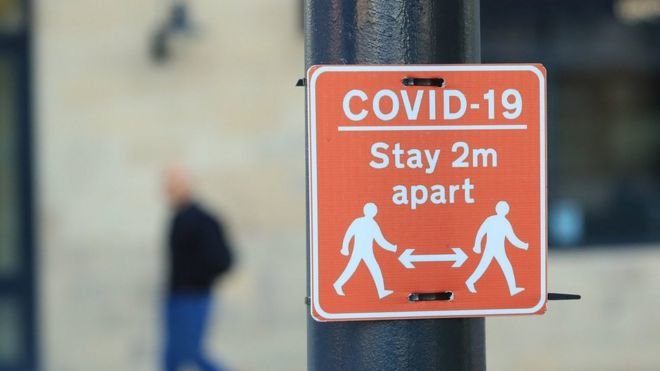 Lockdown measures are being reintroduced in Preston from midnight after a rise in Covid-19 cases.

Residents in the Lancashire city are facing stricter restrictions, which include banning separate households from meeting each other at home.

The council had already asked residents to follow extra precautions in a bid to halt the spread of the virus.

The move brings Preston in line with measures in east Lancashire, Greater Manchester and parts of west Yorkshire.

Health Secretary Matt Hancock confirmed the restrictions in these areas would remain in place "as the data does not yet show a decrease in the transmission of this terrible virus".

Any changes to the measures will be announced by 14 August following a review next week, he added.

He said the decision to extend the restrictions to Preston was "at the request of the local area".

Almost half of the cases reported in Preston were among people aged 30 and younger, Lancashire's director of public health, Dr Sakthi Karunanithi, said.

As Preston has been designated an "area of intervention" by the government, the city will be able to access additional support to tackle the spread of coronavirus. 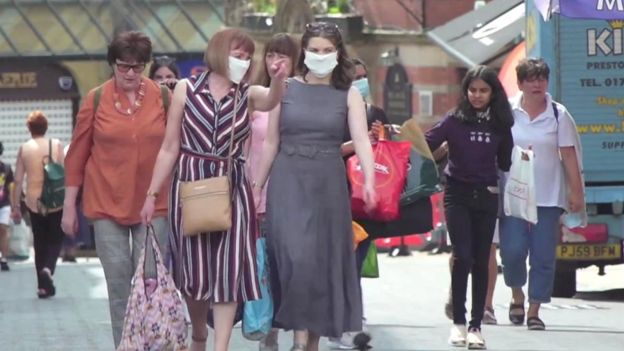 Preston's new restrictions mean that from midnight, people from different households will not be allowed to meet in homes or private gardens.

It also bans members of two different households from mixing in pubs and restaurants, although individual households will still be able to visit hospitality venues.

Social bubbles are exempt from the restrictions, and residents can meet in groups of up to six - or more than six if exclusively from two households - in outdoor areas such as parks and beer gardens.

The tightening of measures only applies to those living within the boundary of Preston City Council.

Café owner Julie Faussat, who moved into new premises before the March lockdown, said: "I am concerned because obviously we've all invested a lot of money into our businesses and what I don't want to see is another total lockdown again, especially for small independent businesses, it would be a real struggle."

Aidan Monks, a baker who delivers bread across north-west England, said: "All you hear people say is 'we just knew what was going to happen'.

"There needs to clear guidance. I think people are more than willing to support it but they just need that clarity and support."

Blackburn with Darwen, Pendle and Burnley recorded higher rates in the same week - all of which are subject to the current tightened lockdown in east Lancashire.

The measures for Preston will be kept under review with potential for even stronger localised restrictions from the local authority if the new rules on gatherings are not followed.

"If we can't reduce the infections we could end up having to have further restrictions on people's lives, which is not to anyone's benefit," he said.

Dr Karunanithi said it was "extremely important that we act now" following a significant increase in positive cases.

"I also want to be clear that this is affecting people from both south Asian and white ethnic backgrounds, particularly those living in poor socio-economic conditions in our city," he said.

"I want to pay extra attention to indoor spaces, particularly pubs, where high numbers of people are mixing between households.

"That's a worrying pattern that we really must avoid."

Lancashire Police Deputy Chief Constable Terry Woods said the force would take action against those who flouted the rules, adding extra officers would be deployed to Preston following the introduction of new restrictions.

Pools, indoor gyms and other leisure facilities will continue to remain closed in Leicester, Bradford and Blackburn.

Shielding will also continue for individuals in Blackburn with Darwen, and Leicester city.

Under Public Health England's weekly surveillance report, Bedford and Swindon were also added to the list as "areas of concern" while Rotherham is being removed following a drop in cases.

Oadby and Wigston have been moved down from "enhanced support" to "area of concern".