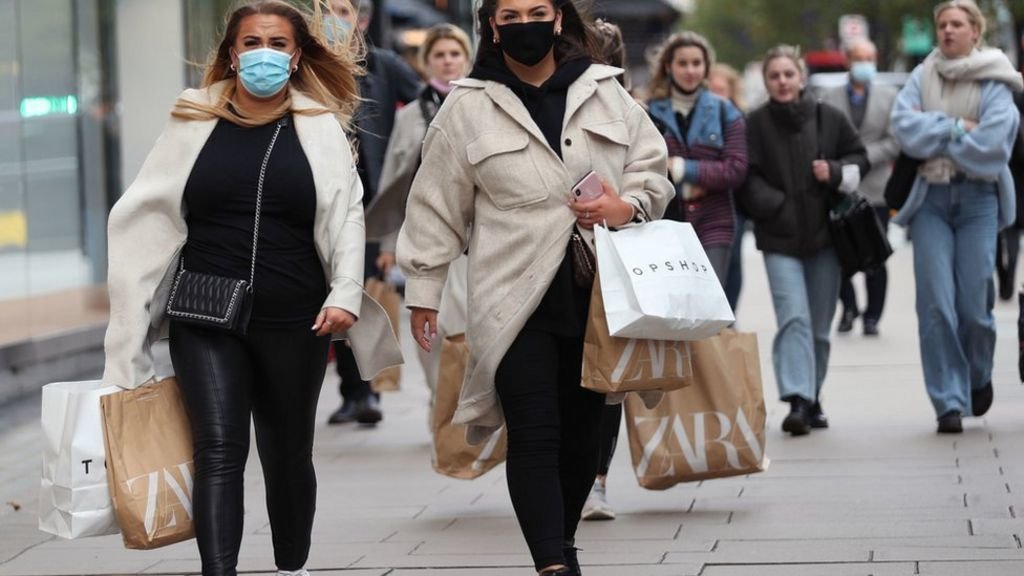 The UK faces a "medical and moral disaster" unless tough action is taken now to stop the spread of coronavirus, Prime Minister Boris Johnson has said.

He told MPs there was "no alternative" but to introduce a national lockdown - which is due to begin on Thursday - to prevent the NHS from being overwhelmed.

MPs will vote on the plans in the Commons on Wednesday.

Labour leader Sir Keir Starmer accused the PM of a "catastrophic failure of leadership" over the pandemic.

Sir Keir - who started calling for a short lockdown or circuit-breaker in October - criticised the government's "inaction", saying it meant the lockdown would be "harder, longer and more damaging than it needed to be".

The prime minister was speaking in the Commons two days after announcing the lockdown at a televised press conference.

Outlining the measures again, along with details of further support for businesses and jobs, Mr Johnson told MPs the government would double its support from 40% to 80% of trading profits for the self-employed from next month - as well as extending the furlough scheme.

Following earlier confusion over whether the furlough scheme would apply UK-wide, the PM suggested it would be available for parts of the UK where there is a Covid-19 lockdown in the future.

Mr Johnson also warned that without action "the sick would be turned away because there was no room in our hospitals," with doctors and nurses potentially "forced to choose which patients to treat, who would live and who would die".

On Monday, the UK recorded 18,950 new confirmed cases of coronavirus and 136 deaths within 28 days of a positive test.

The PM said the lockdown regulations would end at 00:01 GMT on 2 December, with MPs given a vote on what should replace them.

Mr Johnson insisted he had been right to "try every possible option" to get the virus under control at a local level before imposing a nationwide lockdown - and denied that the UK had been slower to act than other countries in Europe.

What are the new restrictions in England from Thursday?

*  People told to stay at home except for specific reasons


*  These include work which cannot be done from home, childcare or education, exercise outdoors, medical reasons, essential shopping, providing care for vulnerable people or volunteering, and visiting members of your support bubble


*  Meeting indoors or in private gardens will not be allowed, but individuals can meet one other person from another household outside in a public place.  Children under school age and those dependent on round-the-clock care who are with their parents do not count towards the two-person limit


*  Pubs, bars, restaurants must close but can still provide takeaway and delivery apart from for alcohol


*  Indoor and outdoor leisure facilities must close, along with entertainment venues and personal care facilities such as beauty salons


*  Places of worship will close, unless they are being used for funerals, for broadcasting acts of worship, individual prayer, formal childcare, or essential services such as blood donation or food banks


*  Weddings and civil partnership ceremonies will not be allowed except in exceptional circumstances, and funerals will be limited to a maximum of 30 people


*  Children can move between homes if their parents are separated


*  Overnight stays, staying in a second home, and holidays will not be allowed in the UK or abroad - although there are exceptions, such as work trips

The PM said the government was planning a "steady but massive expansion in the deployment of quick, turnaround tests" - with the Army poised to help roll them out - and there was a "real prospect" of a vaccine in the first quarter of next year.

He added: "I believe that these technical developments taken together, will enable us to defeat the virus by the spring - as humanity has defeated every other infectious disease - and I am not alone in this optimism."

Mr Johnson faces a rebellion from several senior Tory MPs, including Sir Graham Brady, chairman of the 1922 Committee, who has asked the government to publish a "full impact assessment" on the economic and health consequences of lockdown ahead of Wednesday's vote.

Sir Keir confirmed Labour would support the government but called for the four-week period to be used to "fix the broken track-and-trace system and give control to local authorities".

He said government scientific advisers had recommended an urgent two to three-week circuit break lockdown on 21 September but that the PM had "ignored that advice" for 40 days.

He accused him of being "too slow and behind the curve", putting "what he hoped would happen ahead of what is happening".

Elsewhere in the UK, Scotland's five-level system of Covid restrictions has now come into force.

In Wales, First Minister Mark Drakeford has said two households in Wales will be able to form a bubble and meet at home after the 17-day firebreak ends on 9 November.

Schools in Northern Ireland have reopened after an extended half-term break, while other restrictions including the closure of pubs, bars and restaurants continue until 13 November.

In other key developments:

*  The Queen and the Duke of Edinburgh have together returned to Windsor Castle - where they have a reduced household staff, nicknamed HMS Bubble. The 94-year-old monarch had spent the weekend visiting the 99-year-old duke in Norfolk


*  Remembrance Sunday events in England can go ahead despite the lockdown, Downing Street said - so long as they are outdoors, with social distancing


*  All 40 FA Cup round one ties, including those involving non-elite teams, will be played as planned from 6-9 November. But golf courses, driving ranges and tennis courts in England must close until at least 3 December


*  A winter defence force of 7,500 military personnel has been put on standby to help deal with the second wave of Covid-19, Defence Secretary Ben Wallace told MPs, with the Ministry of Defence already looking at several "significant asks" from local authorities