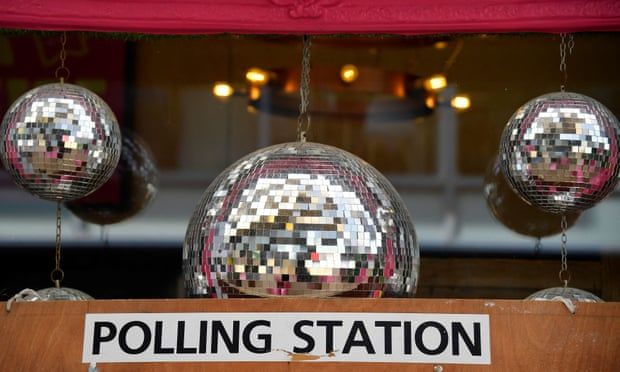 Conservatives brace for losses as votes counted in local elections

Labour and Lib Dem sources say turnout appears to be low in possible sign of Tory voters staying away
The Conservatives are braced for a nerve-shredding 24 hours after voting closed in local elections across the UK, with Labour and the Liberal Democrats expecting to make gains.

Taking place against the backdrop of the cost of living crisis, the first nationwide polls since Partygate will be widely read as a test of whether Boris Johnson has become an electoral liability.

Every council seat in Wales, Scotland and London is being contested, as well as thousands more across England – more than 6,800 in all. At the same time, voters in Northern Ireland are electing all 90 members of the national assembly at Stormont, where the nationalist Sinn Féin could be returned as the largest party for the first time.

Many English councils will be counting through the night, while results in Scotland, Wales and Northern Ireland are not expected until well into Friday.

Labour and Lib Dem sources suggested turnout appeared to be low, which they suggested could reflect Tory supporters staying at home rather than switching to another party.

The former Conservative minister Nick Boles, who once served as Johnson’s chief of staff when Johnson was mayor of London, declared he was voting Labour, while Dominic Cummings chose polling day to renew his calls for “regime change”.

As results emerge, Labour is preparing a detailed dive into vote shares in 35 to 50 key constituencies in the hope of showing that it is on track to make the gains necessary to win a general election.

The behind-the-scenes project, known as Operation Clear Day, will examine how the vote share is tracking against polling in key marginal wards and areas. Among those that will be watched intently are Hyndburn, Bury North and Bury South, Stevenage and Southampton.

In London, the best signs of potential gains to be made at a general election will be in Barnet, which Labour hopes to gain, and Chingford in Waltham Forest, where the party failed to oust Iain Duncan Smith in 2019.

Barry Rawlings, the leader of the Labour group on Barnet council, said he was hopeful of turning the town hall red for the first time. “I think we’re fairly confident we’ll take the council,” he said.

Labour also hopes to make progress in south Wales, where it lost overall control of councils in areas including Bridgend, Merthyr Tydfil and Blaenau Gwent when the seats were last contested five years ago.

Senior aides say the most crucial battle of all for Keir Starmer is in Scotland, where the Labour leader must show the party has got back to second place ahead of the Conservatives and is making gains against the SNP in key areas including Glasgow, in order to be on track to win a significant number of new constituency seats in two years’ time.

Conservatives are jittery about the risk London councils including Wandsworth and Westminster falliing to Labour, and losing out to the Lib Dems in longtime Tory areas in the south-east and south-west.

Speaking after the polls closed, the Lib Dem leader, Ed Davey, said: “I am optimistic that thanks to their hard work, the Liberal Democrats will gain ground in areas across the blue wall where voters are fed up of being taken for granted.

“After knocking on hundreds of doors this election, one thing is clear: people are sick of Boris Johnson’s Conservatives. They have had enough of seeing their taxes hiked, sewage dumped in their rivers and local health services run into the ground.”

Lib Dem sources said early indications from elections to Somerset’s new unitary authority were good for them. They believe a win there could bode well for the forthcoming Tiverton and Honiton byelection in neighbouring Devon, triggered by the resignation of the Conservative MP Neil Parish for watching pornography in the House of Commons.

Senior Conservative MPs are preparing to blame their party’s performance on the cost of living crisis, and take the opportunity to press home the need for Rishi Sunak to do more to help hard-pressed households.

The Tories are hoping for a better night outside the south of England, and are expected to argue that Johnson’s 2019 general election coalition is holding up and it is harder to see a path to a Labour victory.

“There’s a lot of England that looks like Johnsonite England,” said one Tory strategist, pointing to Sunderland, the Black Country and Walsall as places where the party believes it may put in a stronger performance.
#Boris Johnson  #Johnson
Add Comment