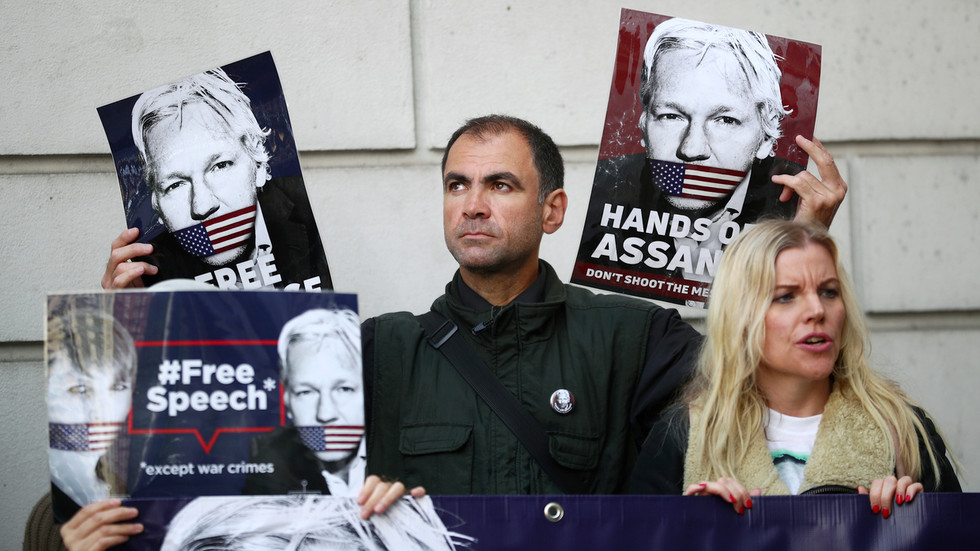 The Guardian newspaper has been mercilessly ridiculed on social media after it failed to highlight the plight of journalist Julian Assange in a piece on Amal Clooney’s plans to “combat media repression globally.”

The outlet’s diplomatic editor Patrick Wintour published an article on Monday focused on the ‘Report on the Use of Targeted Sanctions to Protect Journalists,’ a document drafted by prominent human rights barrister, Amal Clooney.

Clooney, who represented the WikiLeaks co-founder during Swedish extradition proceedings against him in 2015, has suggested that the UK introduce a law that targets sanctions against individuals, including ministers, who abuse human rights such as freedom of expression.

Wintour reports that “The aim is to target anyone throwing journalists in jail, or shutting down the internet,” without even a brief mention of Assange. The journalist is currently holed up in Britain’s notorious Belmarsh Prison awaiting his UK court hearing on US extradition in what has been widely criticized as the American government suppressing press freedom.

The failure to highlight Assange’s case triggered widespread ridicule on social media. Mark Curtis, a journalist and historian, sarcastically suggested that “congratulations” were in order for The Guardian for publishing “a whole article on global media suppression without mentioning the phrase ‘Julian Assange’.”

Another person hit out at the paper for not mentioning the journalist’s imprisonment, saying Assange was “locked up at the behest of the US because he exposed war crimes,” while another joked: “Conscience-free journalism is a great career choice for so many like him [Wintour].”

Congratulations are in order to Guardian’s Patrick Wintour who’s managed to write a whole article on global media suppression without mentioning the phrase “Julian Assange”. The foreign office will no doubt continue to be delighted. https://t.co/qgMOvaXYzo

The U.K. currently has Julian Assange locked up at the behest of the US because he exposed war crimes. The Guardian publishes an article on press freedom failing to mention this🤪 https://t.co/cOxW3eeLm7

There were those that also slammed Clooney over the banning of Russian media from her first ‘Media Freedom conference.’

Yet Amal Clooney stupidly believes the British foreign office and Dominic Raab will be the saviours of free media overlooking the fact that the 21th century’s greatest investigative journalist Assange is imprisoned with limited access to his legal team by the British State.

Assange is facing 175 years in prison on 18 charges, including conspiring to hack US government computers and violating an espionage law for publishing sensitive leaked documents detailing potential American war crimes in both Afghanistan and Iraq.