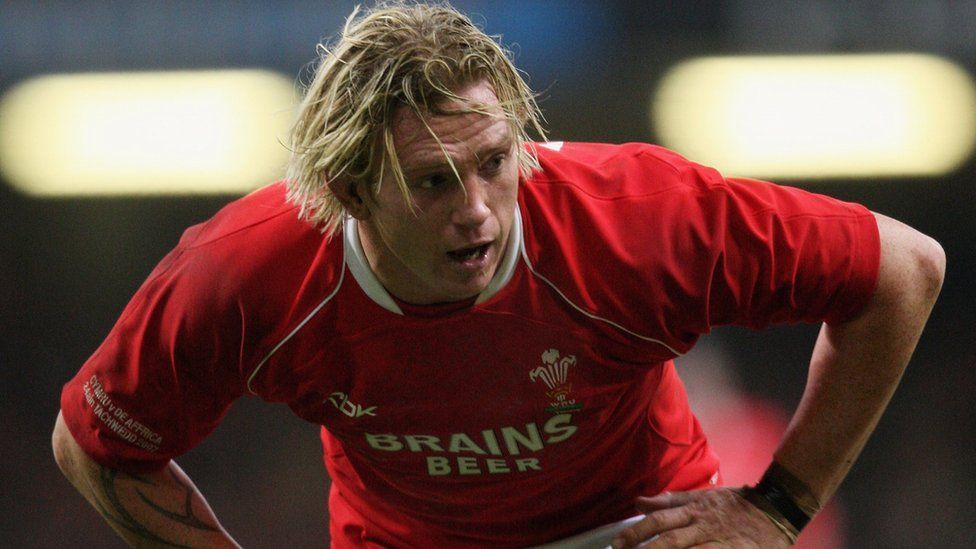 Rugby union's authorities should have taken action a decade ago to reduce the amount of contact in training.

That is the view of the man who helped secure big changes in American football.

There is an "epidemic" of brain injuries in rugby according to the solicitor leading a legal challenge by ex-players.

But the Welsh Rugby Union says it will "never sit still" when it comes to player safety.

Elite rugby has made big changes in an attempt to address concussion, with players having to undergo a head injury assessment (HIA) if officials are concerned, and red cards shown to anyone targeting an opponent's head.

But former professionals have told BBC Wales Investigates the potential long-term damage from concussions and sub-concussions was not highlighted enough during their careers.

And, while brain damage was discussed as far back as the mid-1970s, recent research has shown a lack of awareness about the issue, even among some professionals.

Alix Popham has the framed jersey from his last Wales game - a win against England in 2008 - and has been shown pictures of him celebrating afterwards.

But he cannot remember the game.

"We were doing so much contact my brain was inflamed and my memories weren't storing," he said.

Years after he retired, Popham had a blackout during a bike ride, leading to his wife Mel insisting he saw his GP. 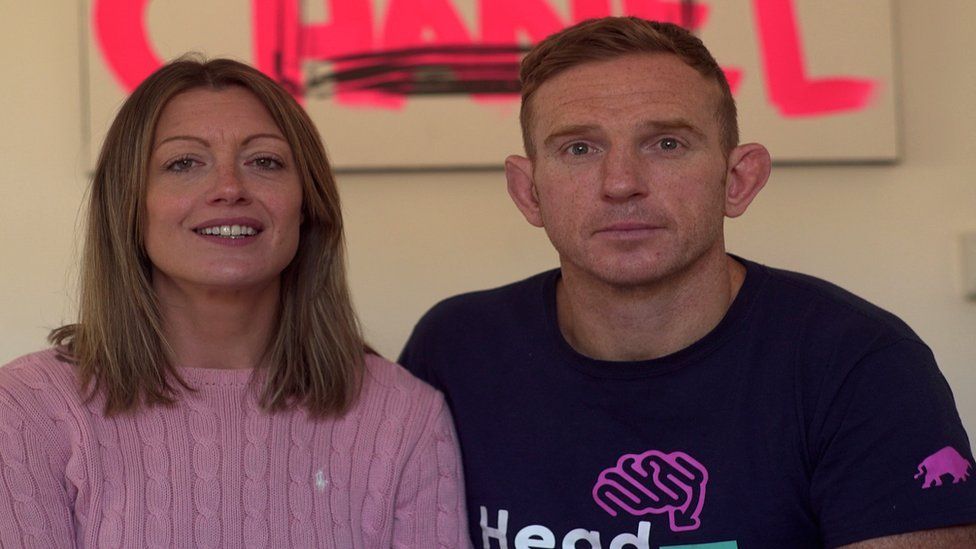 After various tests, his neurologist called with terrible news.

"Mel and I held hands and he said with everything put together, the scans, the neuropsychological testing, him interviewing myself, that he gave me the diagnosis of early onset dementia and probable CTE [chronic traumatic encephalopathy]," said the former Wales flanker.

"We were crying, we were screaming," said his wife. "I ran to the toilet and was physically sick. It was such an overwhelming shock."

Popham said what the medical staff said left him in no doubt that repeated knocks from playing rugby for 14 years caused the issues.

Not long after Popham retired, there was a landmark change in another contact sport - American football.

In 2011 the NFL Players Association fought successfully for better player welfare, a key change being reducing the amount of training impacts.

Contact in training camps has been halved, and only one contact training session is allowed a week during the season.

"It was initially resisted but is now fully embraced," said Thom Mayer of the association, who estimates players are now taking 70,000 fewer hits in their careers.

Asked whether he thought rugby union had a "problem" for failing to introduce measures, Dr Mayer said: "Yes, I would say yes, because they are so similar in many, many respects.

"I can assure you it won't change the nature of the game."

Sean Holley, who spent 15 years as a professional coach, admitted to being surprised rugby union had not taken similar action to the NFL.

He said in his coaching days, concussion was not enough of a priority.

"It was very much 'finger in the air'. I've been on very many coaching courses and very little was spoken about concussion." 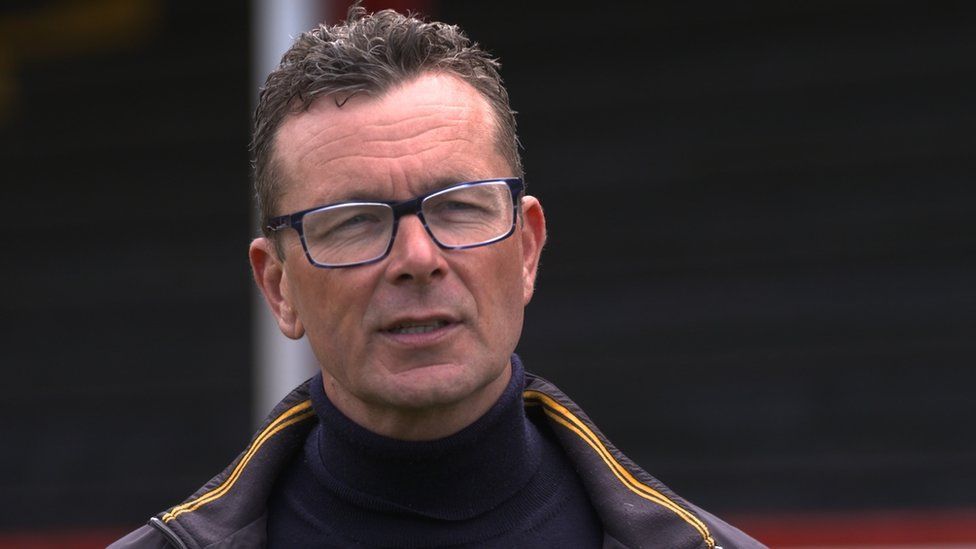 Popham also says there was "no education" about concussion when he was playing.

"I always thought it [concussion] was when you were knocked out cold, but 90% of concussions happen when you're not knocked out.

"So the only thing I can remember after a concussion was 'are you feeling sick?' And if you weren't, you could carry on."

He believes problems associated with concussion were known to the rugby authorities while he was playing, but the information was not filtered down to coaches and medical staff.

Popham and Holley have both called for rugby to enact the same changes as the NFL.

World Rugby told the BBC that contact in training was constantly reviewed, and it issued some guidance on this before the last World Cup. It also says rugby is very different to the NFL.

In December, Popham and a small group of former players announced they were suing World Rugby, the RFU and the Welsh Rugby Union over brain damage.

Their solicitor Richard Boardman believes, based on research compiled for the case, that as much as 50% of the rugby-playing community could be left with some form of neurological issue.

"That's not to say everyone would end up with dementia, or a disease at the extreme end of the spectrum, but it could be things like short-term post-concussion syndrome, epilepsy and so on," he said.

"We believe this is an epidemic." 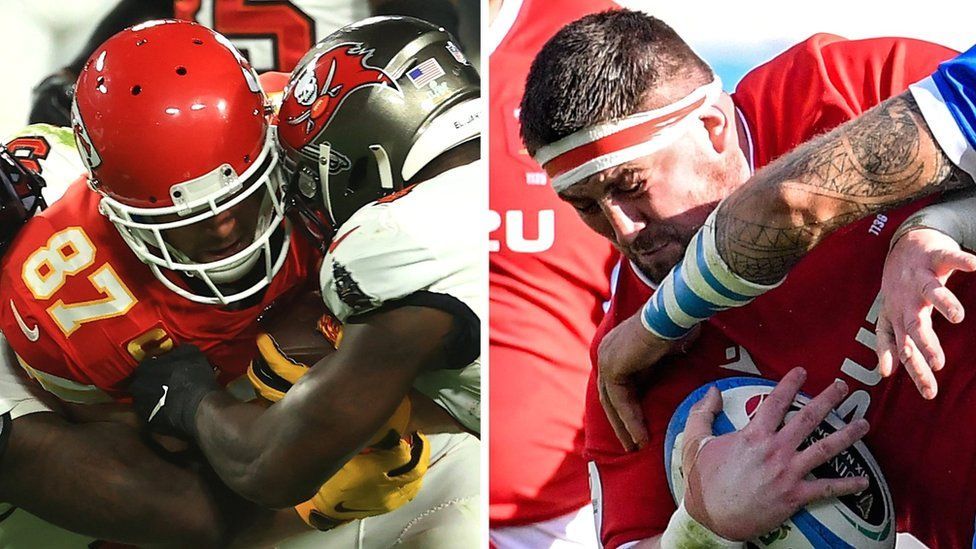 Questions the court case may consider are how much the rugby authorities knew about the dangers of concussion and when they may have found that out.

The BBC has seen reports showing head injuries were discussed at an International Rugby Board medical conference in 1975.

A neurosurgeon warned then that even "apparently slight" injuries could be life-threatening.

In 1992, at another rugby medical conference, two neurosurgeons said there was evidence of some permanent damage from even a single concussion, and warned three concussions should mean the end of someone's career.

World Rugby says the game continues to evolve and that while opinions on the management of concussion vary, it acts on scientific research.

Willie Stewart, a consultant neuropathologist, said concussion had an impact "deep down in the brain".

"As the head is impacted, the brain rotates inside the skull and there's some stretch and shear of some very fine fibres and blood vessels, and that causes some functional change," he said.

He admitted a direct link of causation between impacts and brain injury was "really difficult" to prove, but evidence was adding up. 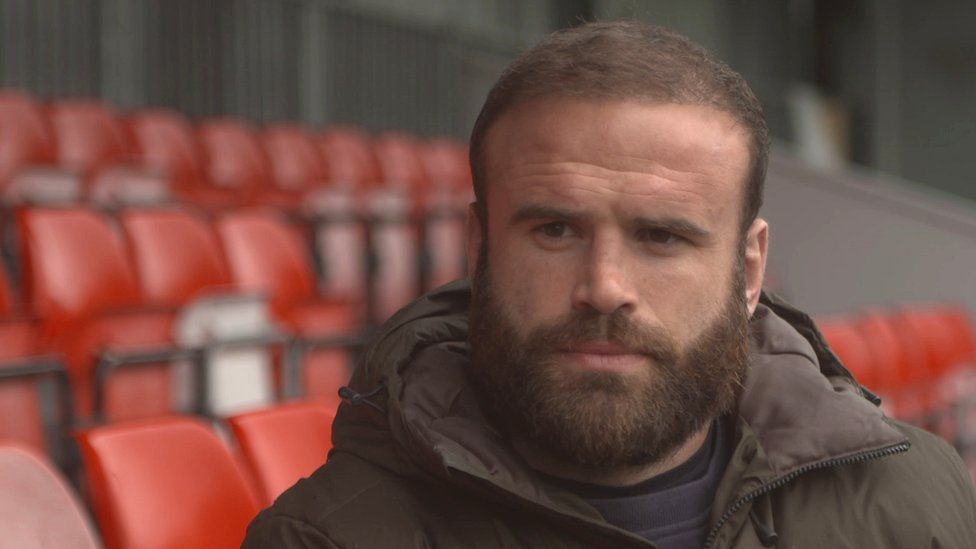 One former international who wants to know more is Jamie Roberts, a qualified doctor who played alongside Popham for Wales.

"I've spoken to Alix and it makes you a bit worried, there's no doubt about that," he said.

"This causation is huge for the game.

"If you could turn round and say 'right, rugby causes this - 100%, without failure' - then we're having a different conversation.

"But that has not been established yet."

The rugby world may have been alerted to the dangers of concussion in the 1970s, but as recently as 2016, studies by academics at Cardiff Metropolitan University were carried out in Wales to find out much professionals and amateurs knew.

The results showed a worrying lack of awareness even among professionals, including the mistaken belief skull-caps could prevent concussion. 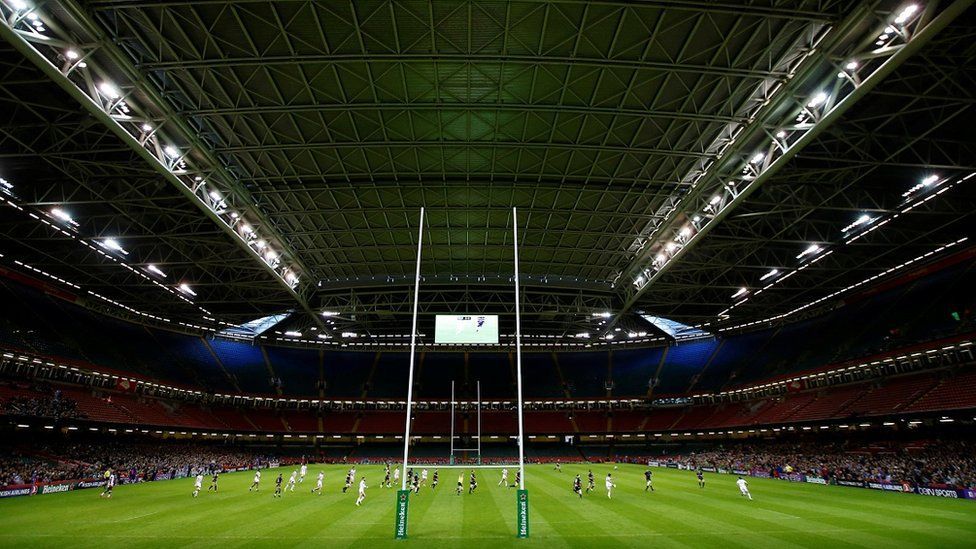 Prav Mathema, national medical manager at the WRU, was part of that research. So was he disappointed with the level of knowledge?

He said since those studies, education programmes and research carried out by the union had seen concussion knowledge improve.

"We will never sit still when it comes to safety within the game," he said.

"That is the overriding and clear message that, as a governing body, we will support player welfare."

World Rugby says it welcomes input from all in involved in the game, and is saddened by the accounts of former players, recognising it has not been easy for them to speak out.

Prof Stewart says at the top level, rugby is leading the way in removing concussed players from the pitch, but he says more needs to be done.

"There's a brain injury in almost every professional match," he said. "We can't accept that."

Popham has set up a charity called Head for Change to raise awareness of the issue and support other ex-players.

"I want to try and make a positive change to the boys who are playing now, and for future generations."